Return of the mac

Rate hikes aren’t the only tool at central bankers’ disposal. Should investors also prepare themselves for more macroprudential policies?

With some economies gradually re-opening, investors remain focused on when the associated growth and inflation will lead to interest-rate hikes.

But as bond yields have risen, central banks have generally been quite relaxed. In some cases, like Japan, they have even changed policy to accommodate it.

The US Federal Reserve’s (Fed’s) most recent ‘dot plots’ and meeting minutes reiterated that there is unlikely to be an imminent rate hike there either, but Chair Jay Powell also said that for several members “part of that is wanting to see actual data rather than just a forecast at this point.” This implies that if the data look good, the Fed’s reaction could easily change too.

In this context, it is worth remembering that monetary policy is not all that central banks have at their disposal. Australia and New Zealand have recently provided a timely reminder that macroprudential measures offer an alternative to rate hikes to combat the risk of asset bubbles.

House prices have soared in both countries during the pandemic, but falling interest rates haven’t been the only cause. For example, Australia has also given grants for building and renovating homes. So rather than having to deploy the blunt instrument of rate hikes to control house-price inflation, which would affect all sectors, policymakers are instead taking steps to address lending and make house-buying less attractive.

Partly as a result, bond yields in both Australia and New Zealand are similar to where they were at the end of February, unlike in the US. To an extent, that validates our positive medium-term views in these markets on the basis of their higher starting yields. 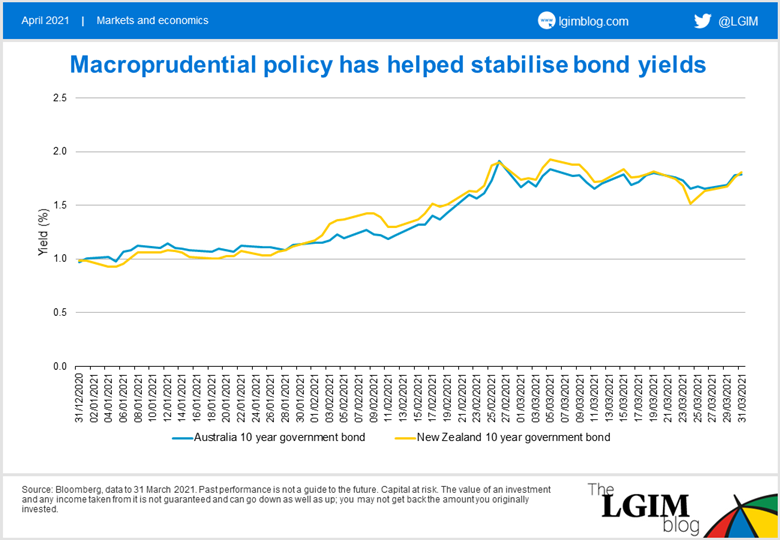 Given this market reaction, we need to be conscious that other countries may follow suit in preferring macroprudential measures to monetary means. 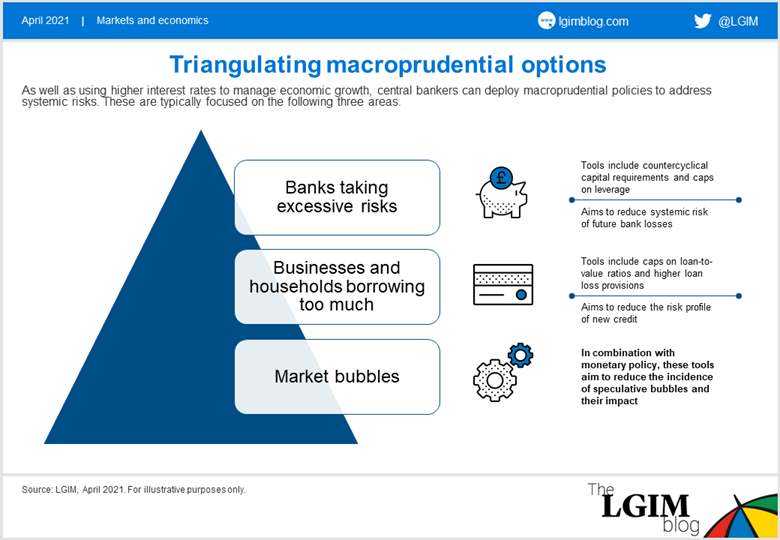 Canada is one candidate for taking the macroprudential route, given its own issues with the local housing market. This is one reason why we have taken a negative view of the Canadian dollar.