Is the Phillips curve REALly broken?

Fax machines, record stores, analogue cameras, Liverpool Football Club winning the league! All of these things were common in previous decades but have subsequently faded away. Ditto the relationship between unemployment and wage inflation, known as the Phillips curve? With US unemployment at record lows and wages benign, has this gone the way of electronic whistling, HMV, Kodak, and Kenny Dalglish?

I’m not convinced the Phillips curve has real-ly disappeared, though. Instead, I think people are underestimating the role of inflation expectations – a critique economists Edmund Phelps and Milton Friedman both stressed 50 years ago!

People are underestimating the role of inflation expectations: workers care about ‘real’ not ‘nominal’ wages

Phillips’ 1958 paper highlighted that UK wage growth was higher when unemployment was low, and vice versa, during 1861-1957. But within a decade, Phelps and Friedman independently argued that the relationship would break down because it was ‘real’ rather than ‘nominal’ wages that workers cared about, i.e. wages adjusted for inflation.

If governments held unemployment down for too long, boosting inflation, the whole curve would subsequently shift up – that is to say, wage growth would be higher for a given level of unemployment. Workers would anticipate higher inflation and demand compensation for it as well as an additional premium reflecting how tight the labour market was. 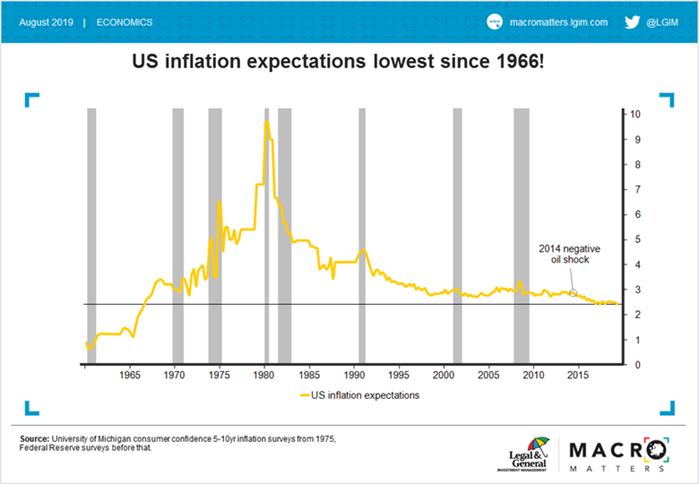 Real wages are growing as rapidly as in previous booms 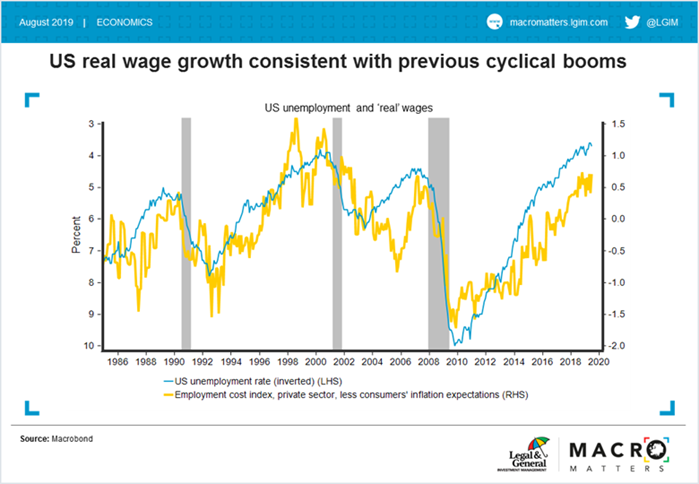 Lower inflation expectations have shifted the nominal curve down

So I don’t buy into the argument that the natural rate of unemployment keeps magically changing. Instead, I think that lower inflation expectations have shifted the entire curve down – the opposite of the 1970s. 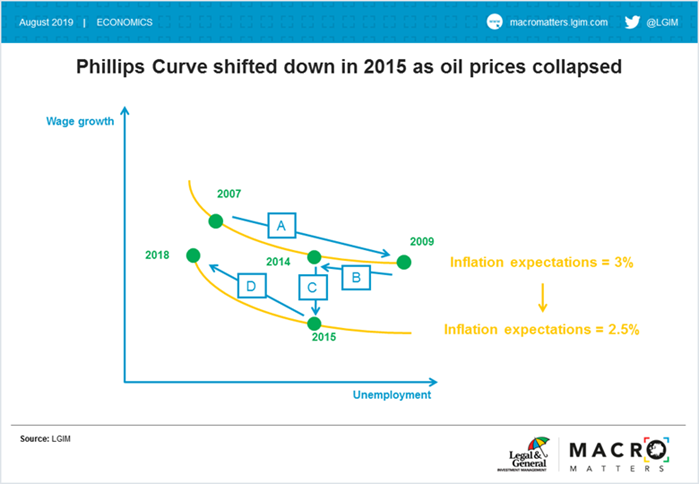