Is Carney getting cold feet about hiking?

Earlier this year, the UK economy appeared to be warming up nicely, and a May rate hike was on the cards. But has March’s cold snap changed all this?

A lot can change in a short space of time in the UK, particularly when it comes to the weather. Following the second coldest March in history, temperatures soared to near record levels in April. Then, the weather cooled significantly again to below seasonal averages, and we now have just enjoyed a record hot May Bank Holiday.

The UK economy, too, seems rather fickle at present. While UK trade performance has been weaker than might have been expected given the post-EU referendum decline in the value of the pound, the overall outlook for growth seemed to be robust as recently as March.

A lot can change in a short space of time in the UK, particularly when it comes to weather and economics

Even the Bank of England seems to be blowing hot and cold, with Governor Mark Carney at the time of the February Inflation Report teeing the market up to expect a rake hike in May, before sounding a far more dovish note only a few weeks later. With Carney due to leave the bank in 2019, however, it stands to reason that there is a greater degree of uncertainty around communications from Threadneedle Street.

Yet the UK’s recent initial estimate of first quarter GDP (known as the ‘flash print’) came in at just 0.1%. Flash prints capture less than 50% of economic activity and are notoriously unreliable – on average the flash print is revised in subsequent months and years by 0.3 percentage points, and in some cases by over one full percentage point. On top of that, economists’ forecasts are frequently off the mark versus the flash print, and the worst disappointments have been revised away. 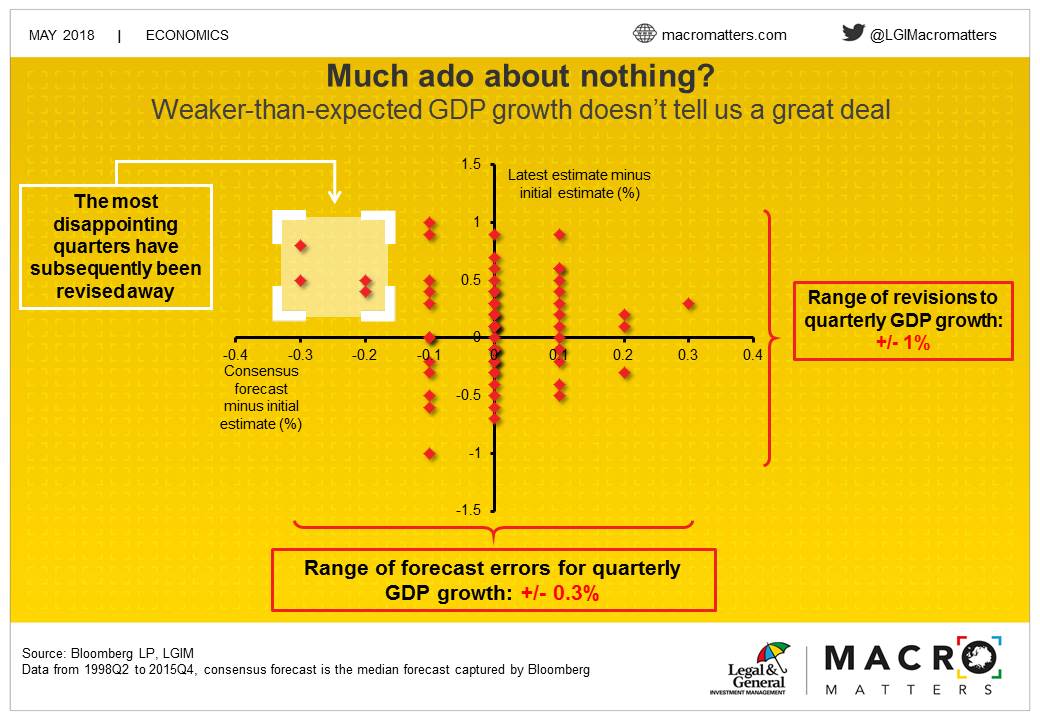 However, while at first glance one might expect that this weak reading was directly linked to the extreme weather backdrop, the Office for National Statistics (ONS) noted that effects on the economy from March’s ‘Beast from the East' were limited. As a result, I believe that the Bank will proceed cautiously and monitor incoming data more closely, and the odds of a May hike have now fallen to just 20% from as high as 80% a few weeks ago.

And it’s not just me. The market pricing around a hike in May has moved sharply in both directions since February. 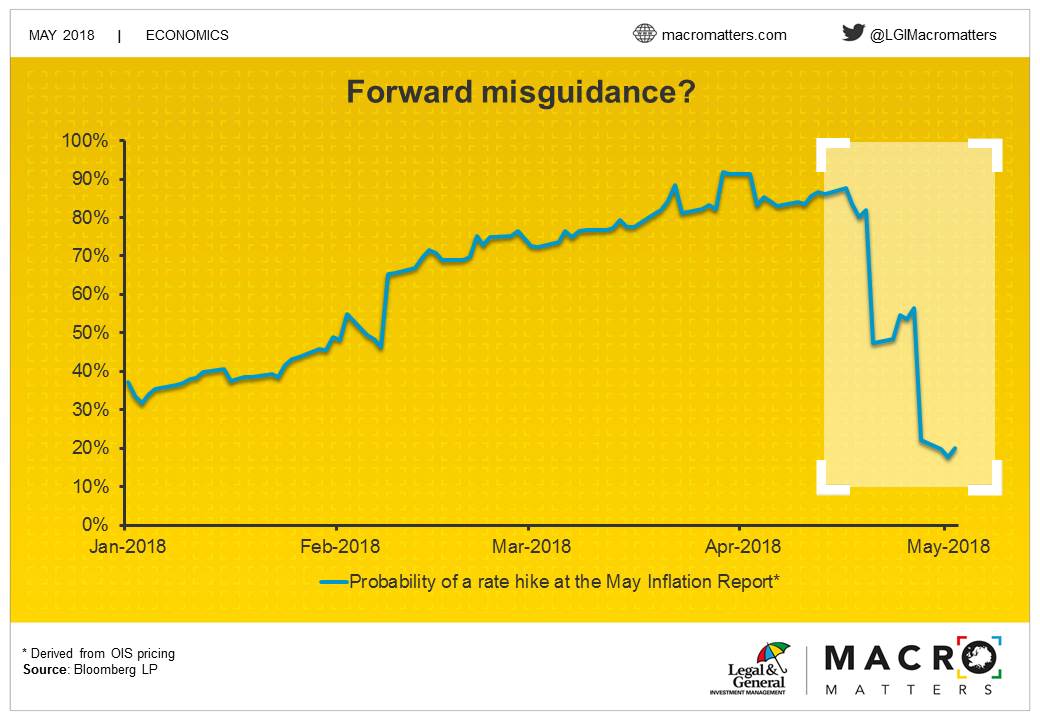 Regarding the path of UK rates, we now believe that Carney will need more time to be convinced and our 60% base case is now for the next rate increase to come in August, with the following one then not expected until February next year.

Over the last month or so, we’ve debated in the Asset Allocation team if recent UK retail bankruptcies have increased recession risks. Is the recent flurry of high street closures a sign of technological disruption or does it hail the beginning of a deeper consumer downturn?  It is currently difficult to disentangle the two, but if the labour market remains robust and GDP growth is either revised up or improves in the second quarter, this would help alleviate concerns. As recent changes have shown, the outlook for the future path of UK interest rates can fluctuate markedly in only a short space of time. It probably would not take much sign of domestic price pressures for the Bank of England’s rhetoric to turn hawkish again.

Like the current meteoro-illlogical conditions, the UK economy seems to moving one extreme to the next. But no-one should ever claim that either weather or economic forecasting are easy. I think both Mark Carney and Michael Fish would agree. 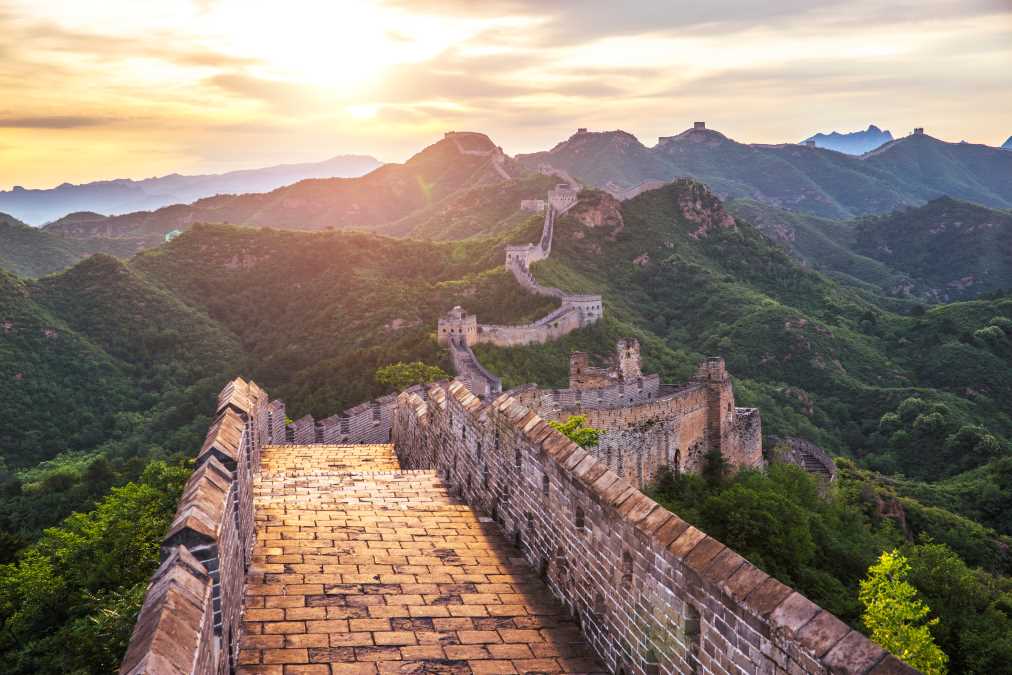 In this blog, we explore the implications of the Omicron variant of COVID-19 for our positions in...
By Matthew Rodger
28 Jan 2022
3 min read