Greece beneath the headlines

It is over a year since the last big Greek drama, but recovery remains elusive and the danger of a sudden convulsion has not passed.

Let’s start by quickly recapping the background for those not familiar with the details. In July 2015, Prime Minister Tsipras held a referendum (the “Greferendum”) on whether to accept the latest bailout proposal from the ECB/IMF/European Commission. The Greek people overwhelmingly voted “no”, but the government signed yet another bailout deal anyway. Tsipras characteristically stated: "I signed a bailout deal from ‘vindictive’ euro leaders that I don’t believe in."

Nonetheless, around 62% of the voters who voted for Greece not to accept the bailout deal (and possibly leave the euro zone) felt betrayed.

Greece has largely been out of the headlines since then and, officially, the Greek economy is flatlining with growth of close to 0% over the last twelve months. However, I have trawled through the local newspapers and found some alarming stories.

In what condition has Greece been for the last year? Are things getting better? How do Greeks feel about all this?

Since overturning the decision of a nation as a Prime Minister is very difficult politically, you would think he would have a solid plan to prove that this was the best decision for the country. But given how things have played out after the referendum, it looks more like the makings of a Greek tragedy: 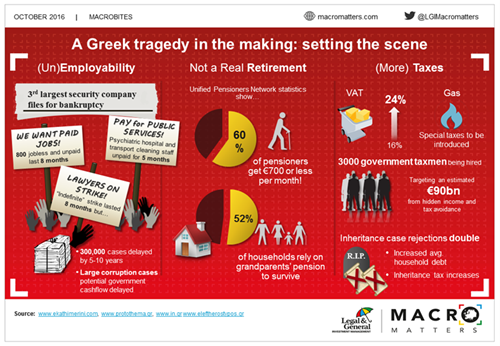 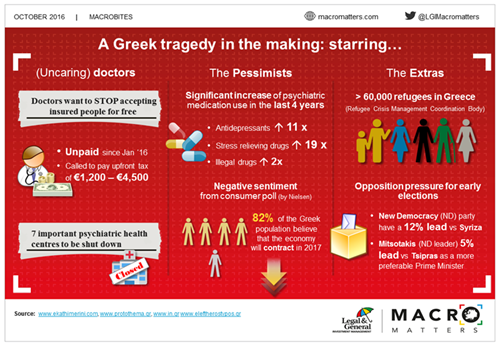 In general, the situation looks quite unstable – the government has agreed to some very harsh measures hoping for debt relief from their international partners down the line. But, until this happens it seems that people will get unhappier not only with the government but also with their day-to-day lives.

Imagine living through a rolling financial crisis for a decade

A major ingredient for economic growth in the country, namely people’s hope for a better future, seems to have taken a big hit. Additionally, the fact that the country has been brain-draining for some years now in the search of brighter future prospects has only worsened things for Greece’s economic recovery chances.

We can see this story reflected in the stock market. Most countries / regions have made a clear recovery since the financial crisis. The obvious exception is Greece. Trust has clearly been lost in the Greek stock market and it seems like only a miracle could possibly revive it. In an asset manager's logic this translates into “I will only use this market as a tactical opportunity on big events hoping for a quick gain, not as a long-term building block”. 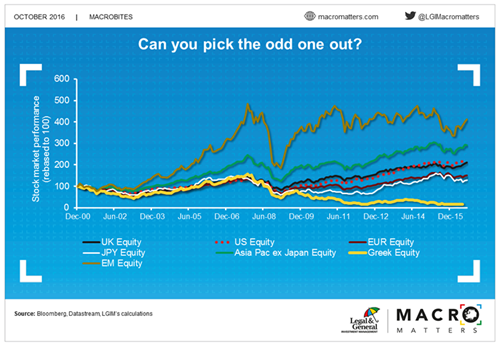 Even if we assume that a miracle (significant debt relief) does happen - in my experience trust takes time and effort to be re-build so it seems that Greece will likely remain in this investment environment for at least five more years.

Trust has clearly been lost in the Greek stock market and it seems like only a miracle could possibly revive it.

Similar or worse is suggested when you look at the unemployment status: 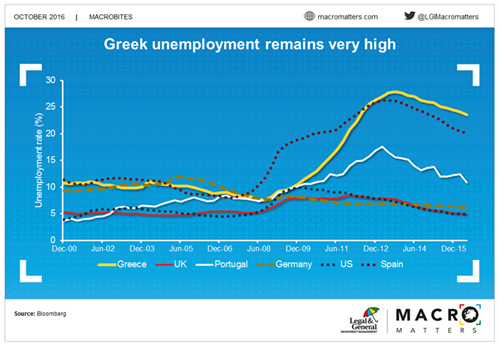 Most countries have recovered to pre-crisis levels of unemployment. In Greece and Spain the period of sharp increase lasted three times longer pushing the rate up to 25%+. Surprisingly (or not) bigger countries in the EU barely saw any significant increase in unemployment even during the crisis.

Only during the last 3-4 years can we see a small but steady decline in unemployment rate.  If we assume that improvement continues at the recent pace, it will still take until 2023 to get Greek unemployment back below 15%.

The situation in Greece has been bubbling under the surface for some years now with no real signs of improvement. The Greek people were almost ready to leave the euro zone last year. Tsipras didn’t want to be the first one to break the chain; but how long will it be until people of Greece demand another Greferendum?

The only reassuring thought is that us Greeks have always managed to survive and thrive throughout history and many times against all odds. Let's just hope that we will be able to fill our ancestors' shoes.

"Wait for the wisest of all counsellors; time" ~ Pericles
Greece Recession Statistics

Panos is a Greek ex-commando sunseeker who absorbs as much sun as he can get at the weekend before unleashing it during the week to model anything you want. While skiing, sailing and swimming is his top priority whenever holidays are due, his real guilty pleasure is munching on his delicious homemade popcorn (just don’t ask him for his secret recipe). Mathematical minds can always come in handy; this one studied Mathematical Science for his Bachelor's degree while completing a part-time MSc in Mathematical Trading and Finance at Cass Business School while working full time with us. 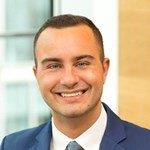