How to spot leaky boats

With the tide of global risk sentiment tending to lift – or sink – all emerging markets (EM) boats, how do we spot the ‘leaky’ ones?

The size and depth of many emerging financial markets have increased over time, while correlations between EM assets have declined. However, expectations for US or European rates, the US dollar, or developed market equities (and their volatility) still drive demand for EM assets.

This leads to situations in which changes in global risk sentiment lift – or sink – EM assets indiscriminately. In the end, we believe, fundamentals win out and lead to differentiation between EM assets, with those of fundamentally strong economies tending to outperform in the end.

Delving into the toolkit

We are once again in the situation in which lower US and European rates are adding to demand for EM assets. To differentiate between solid and weaker EM economies, and undervalued and overvalued EM assets, we deploy a range of in-house tools. We then use external research, ratings, and assessments for cross-checking our findings.

One of the key tools we use is our internal country rating model. Here we are looking beyond the risk that a country may not pay back its debt like standard credit rating models do (we have a separate credit model for that). The rating model helps us assess the fundamental strength of economies, and the risk of any form of a crisis ‘event’, such as a banking crisis or rapid currency depreciation. It also helps us rank the economies according to the strength of their fundamentals.

We complement these two with our internal currency model. This model is based on a number of macroeconomic variables that tend to drive the fundamental, ‘equilibrium’ value of currencies. We later compare the market value of currencies with those fundamental levels to assess and rank the valuations of EM currencies. We know that market prices of currencies can diverge from their equilibrium levels for long periods, but usually a high degree of divergence indicates higher probability of a move towards the equilibrium level.

How do we put all these models to practical use? We recently asked ourselves whether the EM rally that followed the dovish shift in US Federal Reserve guidance had gone too far. And to answer this question, we used exactly those models to find economies with weaker fundamentals (the country rating model) and overvalued currencies (the FX model) to identify currencies where the market may have got ahead of itself (for example the Thai bhat or Brazilian real). We then initiated short positions in those currencies, against long positions in currencies with stronger fundamentals and/or relative underperformance (for example the Russian ruble).

As concerns about global growth resurfaced again, and the tide of EM sentiment turned, those fundamentally weak but relatively more expensive EM currencies underperformed. The market eventually agreed with our views, and we have now closed a number of short FX positions, while remaining long in fundamentally strong or still underpriced (in our view) EM markets. 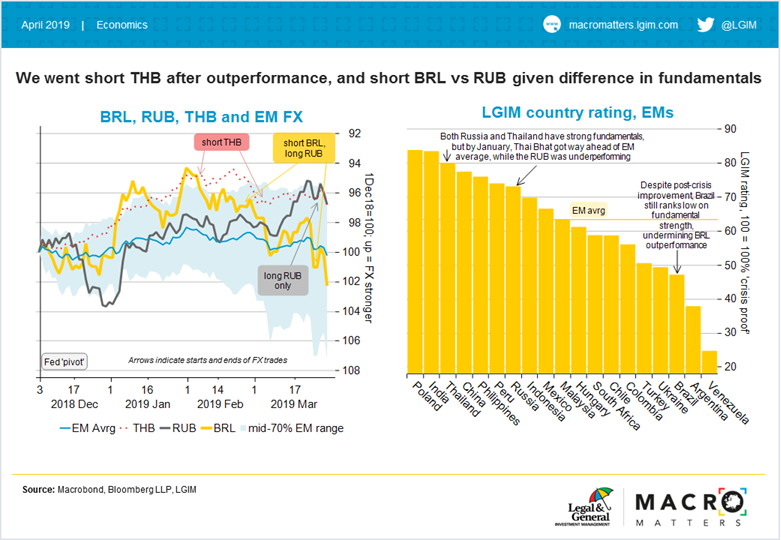 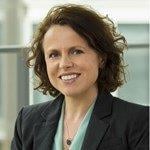