A postcard from Greece

For a small economy, Greece has kept European economists like me very busy, particularly at times of economic and political stress. Here are my key takeaways from a recent trip meeting policymakers, investors and analysts. 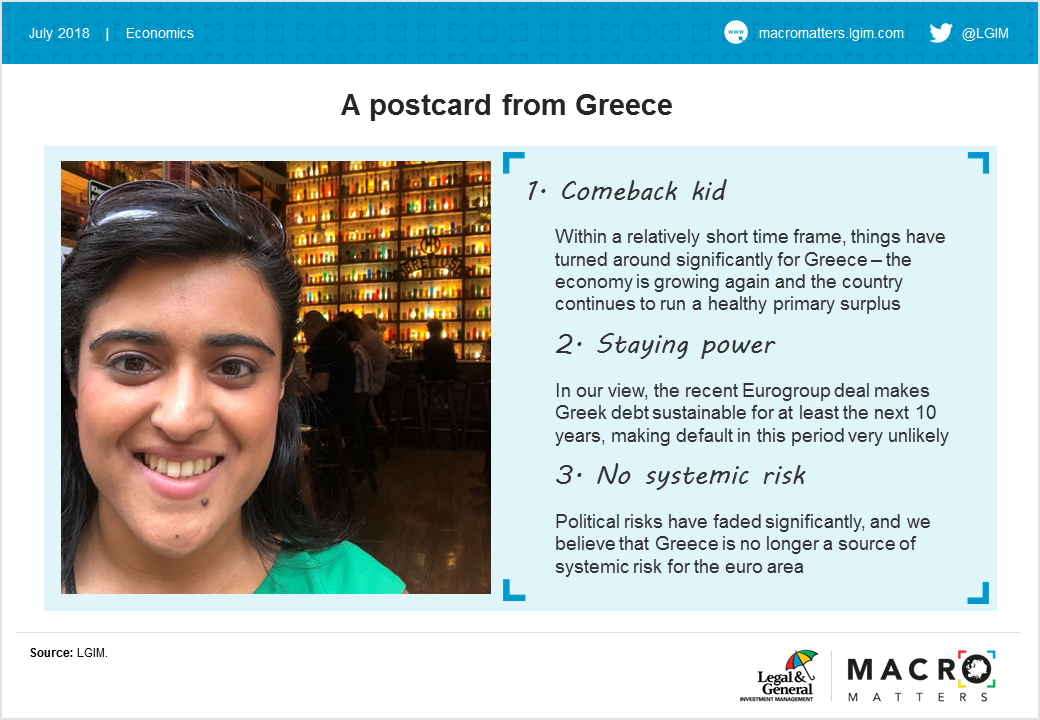 Around this time three years ago, Greece was in the headlines, on the brink of being expelled from the euro area and having to swallow yet another bailout. Within a relatively short time frame, things have turned around significantly.

Capital controls have been considerably loosened, sentiment is picking up and the economy is growing again – 2018's first quarter growth rate in Greece increased to 2.3% year-on-year – the strongest since mid-2008 and roughly in line with the euro area average. I certainly noticed the change in central Athens, where new shops were brimming with customers and old favourites were buzzing more than usual.

Considering the debt dynamics, Greece now has nominal growth back above their nominal financing cost, which should lead to the primary surplus feeding straight into debt reduction. The independent Hellenic Fiscal Council estimates the primary surplus to be comfortably above the target of 3.5% through to 2022. 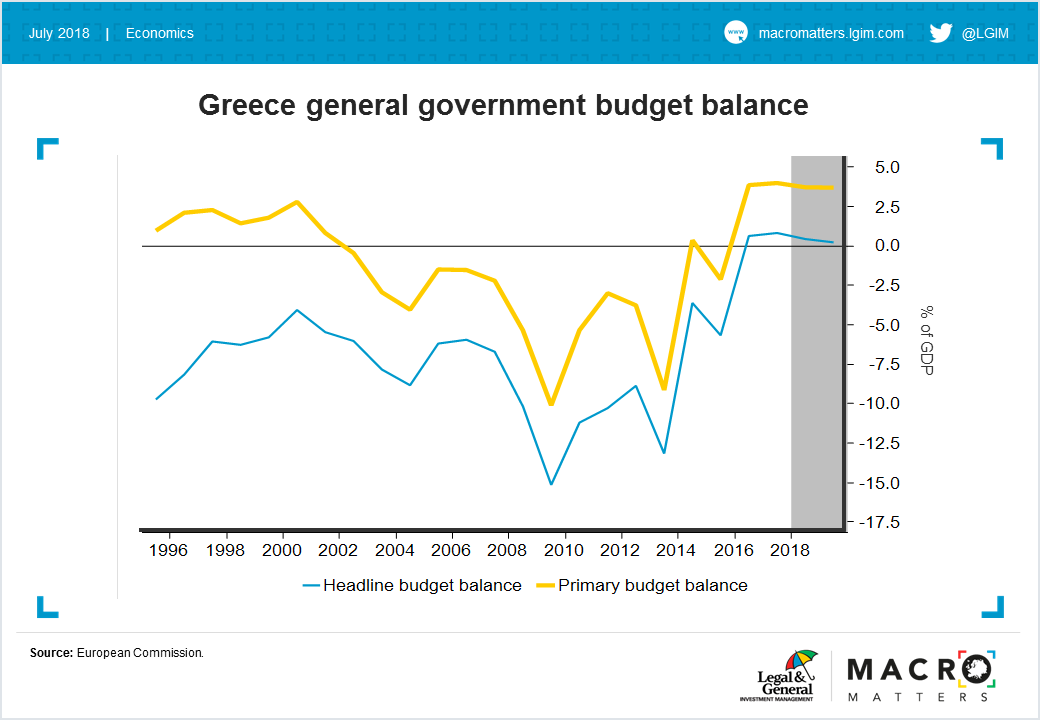 And with that in mind, the last Eurogroup meeting of euro area finance ministers signed off on debt relief, including a 10-year extension for about nearly €100 billion of outstanding debt (around one-third of the total) and a longer grace period on interest payments. In addition, Greece will have a cash buffer of around €24 billion.

While some of the finer points are still unanswered, we believe it is now very unlikely that Greece would default any time before 2032 – a horizon which largely stretches beyond the attention of markets.

So what could go wrong? Greece is due to have elections by October 2019. And as we’ve seen with Italy and other European elections over the past year, markets pay close attention.

Polls suggest that Tsipras' Syriza party would come in second behind the centre-right New Democracy, though another Syriza-led coalition could gain by using budget space for some pre-election spending and tax cuts. Since Syriza has largely become a normal centre-left party, the risks of a populist turn are now low. Indeed, Syriza can claim ownership of the programme, and the continuity of government may be a good thing.

For our more active funds*, we have held Greek sovereign debt since mid-2016. That risk-reward trade-off is becoming more finely balanced as yields have dropped sharply. However, the broader market implication is that we do not see Greece as a potential source of systemic risk any more.

*applies to some of our multi-asset funds