“Great things are done by a series of small things brought together,” according to Vincent van Gogh. We believe the same is often true of smaller companies.

David often beats Goliath in the stock market, as well as in the biblical field of combat, as  smaller companies have historically tended to outperform over the long term*. The reasons for this explain why ‘size’ is an investment style factor frequently deployed by investors in portfolio.

Most great investors have at some point bought small-cap equities, which are typically more cyclical, less profitable and less liquid than your average stock. But few have focused exclusively on this area.

The existence of a small-cap ‘premium’, or excess return over the market, is based on the observation, first noted in the 1980s, that smaller companies had higher risk-adjusted returns than larger companies. Such firms have less access to capital markets than large caps, which can borrow and refinance at more favourable interest rates. They also tend to be more domestically focused, with one or only a few business lines. As a result, their revenues are typically less diversified, making them more sensitive to economic activity.

Still, a company’s relative puniness should not be considered as a standalone factor, argue critics. Some say that controlling for quality characteristics of a portfolio could provide a stable size premium over time due to the presence of weaker companies in the lower spectrum of the small cap universe. Others argue that that the small-cap premium is simply a reflection of the value factor (stocks that are cheap versus their fundamentals or peers). We do not disagree with these points, which are supported by academic research. However, in the context of a broad factor-based investment strategy, we believe that size is indeed a crucial component to be considered as part of choices such as the concentration of smaller companies and the weighting of individual stocks or regions in an index.

It is well known that returns on US smaller companies have outstripped those of large caps over the past few decades. Academics and practitioners explain this outperformance as solely due to risk and higher beta, or sensitivity to the broader stock market, as the chart below shows. (This incidentally helps explain the outperformance of diversified index strategies, which include allocations to smaller companies.)

Small-cap stocks are subject, like many other factors, to the macro-political environment. Typically they enter recessions like lambs and leave like lions – when they survive. During the 2008/2009 recession, small cap shares lost relatively more than large caps.

Smaller companies tend to have higher growth potential than larger ones

Moreover, recent gains in the US dollar have benefited small-cap stocks, as they garner most of their revenues domestically. Indeed, they could see less of a headwind to their competitiveness from strength in the greenback than large caps, which tend to be much more globally orientated.

In sum, smaller companies also tend to have higher growth potential than larger ones: it is easier for a small company to double its size, if the business is viable. With this advantage, though, comes a relatively higher level of risk compared to large caps. And it is the reward for this risk that makes size a factor over the longer term, which in our view makes it an important part of asset-allocation decisions.

*Based on the data sourced in the chart on US equity markets since December 1974. 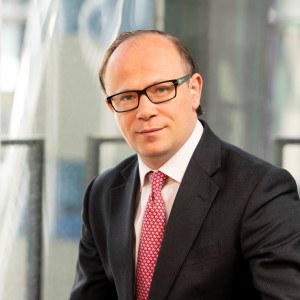