Emerging by name, emerged by nature

Emerging market assets have long been a source of both potential profit and peril for investors. 2017 saw an incredible streak of capital inflows into emerging market equities, bonds and currencies. Whilst returns are still characteristically volatile, this historically maverick asset class has become more mature and resilient than ever before, as was highlighted during February's market sell-off.

The promise of fully capitalising on potential upside growth during bull markets is ultimately the key appeal of allocating capital to emerging markets. From 2002 to 2007, the MSCI Emerging Markets (Equity) Index had an annualised return of around 30% in comparison to the MSCI World Index which returned around 17% over the same period. The powerful growth has continued through the nine-year bull market since the global financial crisis, with the index returning over 100%.

Back when emerging market (EM) equity indices were first formed, the outlook for EM equities was heavily reliant on rates and currencies. Today, this is no longer the case. When the MSCI Emerging Markets Index was launched in 1988, it accounted for just 1% of the global market capitalisation. This figure is now over 13% thanks to the enormous growth of the countries it captures in recent times. The underlying drivers of growth have also changed and several countries have 'grown-up' to now show fundamental characteristics similar to some countries of the developed world and this is highlighted in the beta coefficient of emerging market indices. The MSCI Emerging Markets Index currently has a three-year rolling beta of just below 1.2 with the MSCI World Index, a figure which has fallen from a high of almost 2 in 2007. 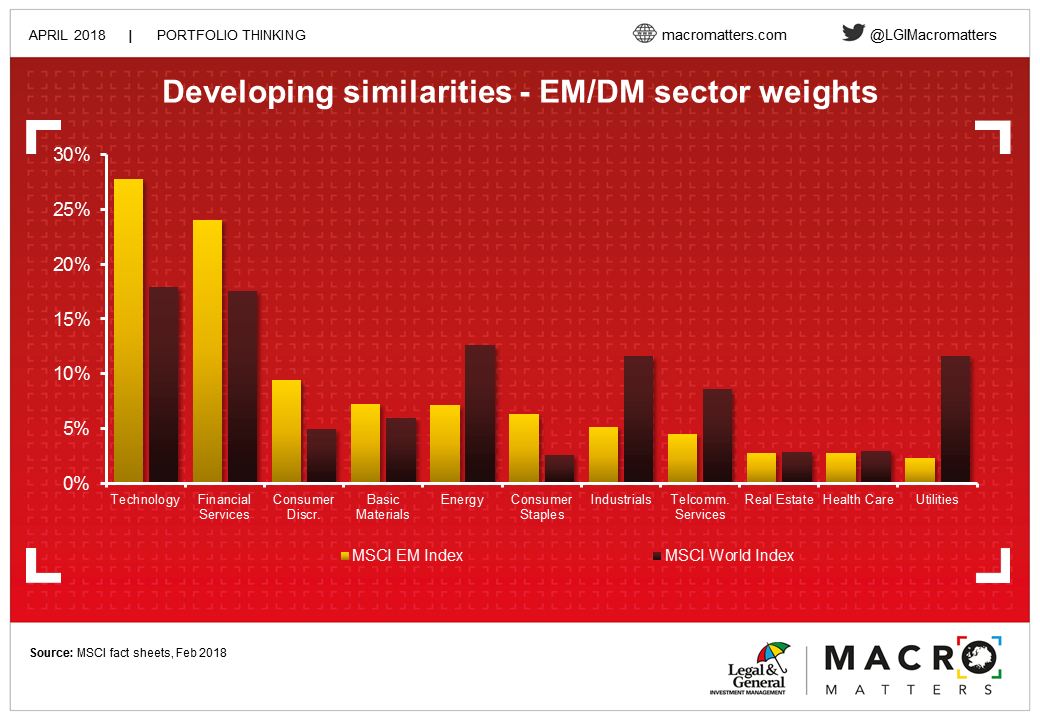 The recent sell-off was fascinating to observe. In the past when investors have aggressively sold equities, the performance of EM equities has been incredibly poor due to its historically high beta. This has made investors generally fearful of EM assets due to the high downside risk when the going gets tough. However, this time around we saw EM equities outperform DM equities both during the sell-off and the bounce back.  This encouraging performance suggests that factors other than the cyclicality of equity markets are now more pressing when considering holding EM. These include the fundamentals of the countries in the asset class rather than the performance of equities as a broader asset class. 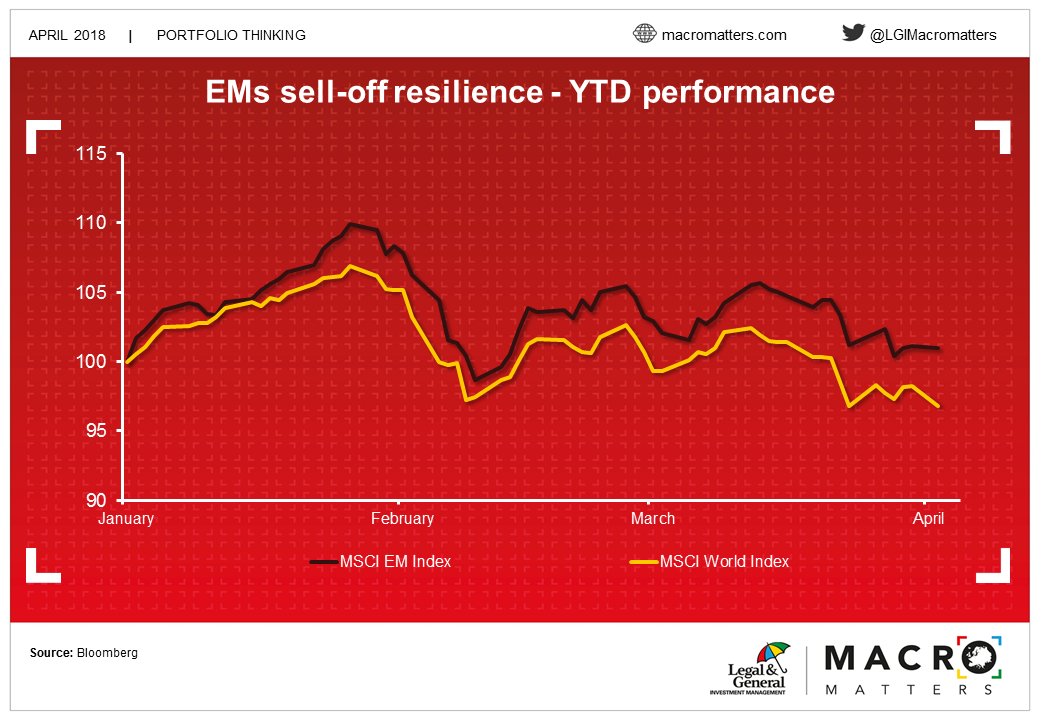 From a macro perspective, EM assets look very sound in our view. The aggregate fundamentals of emerging market countries continue to improve despite political uncertainty (much like the developed world in recent years), volatile currency rates and sanctions affecting several countries individually. We are seeing robust growth combined with low inflation in major EM countries which have historically experienced high inflation. In addition, global trade is increasing (vitally important for this group of majority export-led economies) and fixed investment into EM is forecast to pick up through the next couple of years driven by developing demographics predominantly in the form of a rapidly growing middle class in the key Asian EM countries.

EM economies and businesses have incredibly varied growth paths at their disposal, as well as exclusive access to vast and growing consumer markets. As long as this is the case, emerging markets will remain a distinctly different asset class to other equity regions and a viable investment opportunity alongside developed assets in a diversified portfolio.

Whilst we see growth potential in EM equities as an asset class we are wary of the significant Chinese exposure the index provides and appreciate that a ‘hard landing’ of the Chinese economy is a tail risk worth hedging against. Recent headlines indicating a potential trade war between the US and China have emphasised the need to hedge against the risks associated with China. In the portfolios we are currently underweight the broad EM equity index, balanced by selective exposure to Mexico and India.

Will is one for the Asset Allocation history books, becoming our first ever intern to write a blog post. He spends most of his time attending average football matches, dreaming of masters degrees abroad and being on hand to help out fund managers. We are lucky to have him on a 13-month loan deal from the University of Bath. 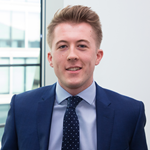