Our mantra is to prepare, not to predict. So how are we preparing for potential conflict between Ukraine and Russia?

In the early days of the pandemic, I regularly found myself doing home workouts. The Russian twist was a staple – an abominable exercise which gets its name from the fact that it was used as a conditioning exercise by the Russian army. My workouts are no more, but the Russian army continues its exercises and now engages in a new ‘twist’.

Almost eight years on from the Russian annexation of the Crimean Peninsula – a period which has seen continuing skirmishes on the Russian/Ukrainian border, mainly in the Donbas region – we see the latest example of Vladimir Putin’s regional ambitions with over 100,000 troops stationed on the eastern Ukrainian border. Is this a precursor to a full-blown invasion? The Kremlin insists not, but that still leaves a whole menu of potential escalatory actions on the table.

As always, our mantra is to prepare and not to predict – both in general, and certainly when it comes to politics. That’s why we think in terms of scenarios. In our view, hybrid attacks are the mostly likely scenario (we assign a 60% probability). This involves cyber-attacks, false-flag attacks or attacks that are just short of what is generally seen as military action. Attacks of this sort would likely trigger sanctions against individuals and institutions.

The next most likely scenario, in our view, is Russia occupying parts of Donbas that are adjacent to the current frontline (30% probability). Sanctions in this scenario would likely also include bans on the secondary trading of new sovereign debt (primary trading is already banned), a delay of the Nord Stream 2 oil pipeline operation, and export controls on sensitive technologies.

An invasion of large parts of Ukraine is unlikely in our view (10% probability). In this scenario, on top of all the previous sanctions, we would also expect measures against Russian financial institutions (with no cut-off from SWIFT, though) as well as US/NATO troop deployments to eastern European states.

Why do we think an invasion is unlikely? Unlike Crimea, which has strategic and symbolic significance and a pro-Russian population, Ukraine doesn’t have much that Russia needs. Russia already has plenty of coal and land. The majority of Ukraine’s population would be hostile to a Russian takeover, meaning Ukraine would become another cost centre for Russia, like Chechnya, which Russia has to prop up and can’t afford to let go.

Additionally, suggestions that Russia will invade the Donbas but stop short of taking the whole country are implausible. Russian soldiers are already in Donbas, just not officially, so it’s difficult to see what purpose a formal invasion would serve.

An invasion would in all likelihood cause Europe and the US to respond with the severe economic sanctions set out above. Russia could survive these sanctions, but they would be painful. Importantly, the Russian population would probably not support an invasion of Ukraine. An invasion would also bolster the case for NATO to further militarise eastern European states as well as whichever part of Ukraine Russia didn’t occupy.

What signposts are we looking for to indicate the trajectory of the dispute? With the EU continuously struggling to develop meaningful global non-economic influence, the bulk of the responsibility for diplomacy with Russia falls on the US. The White House has just responded to the Kremlin’s security-related demands in a bid to quell the threat of an invasion of Ukraine with a written letter, which Secretary of State Antony Blinken says "sets out a serious diplomatic path forward should Russia choose it."

The initial reception to the letter from Russia indicates that it is willing to continue talks with the US but, should these discussions break down at any point, the likelihood of military escalation from Russia would increase in our estimation.

Additionally, Belarus – an ally of the Kremlin which borders both Russia and Ukraine – recently announced a joint military exercise with Russia in the country taking place in February. After this exercise, should Russian troops remain in Belarus or redeploy in Western Russia, this could foreshadow a potential attack on Ukraine.

In terms of local markets, we have been monitoring the reaction to this situation. There has been continued weakness in the Russian rouble particularly in the past few weeks but, in our assessment, the currency has not weakened materially enough when factoring in the range of possibilities outlined above. We will continue to keep a close eye on Russian and Ukrainian markets as developments unfold.

After working as a Client Manager in a previous life, Ari is now an Investment Specialist in the Asset Allocation team, working across several strategies. He enjoys long walks on the beach and hates clichés… 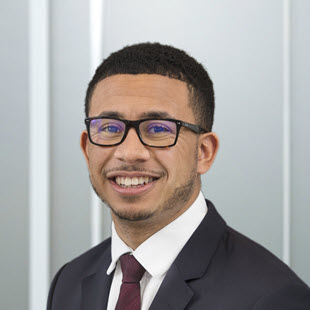