The run of four consecutive quarters of improvement in the health of the UK’s defined benefit (DB) pension schemes came to a halt in the three months to 30 June 2021, according to our latest research.

First, the good news: funding levels at the country’s DB pension schemes remain far stronger than they were around the first peak of the pandemic.

The caveat is that, for the first quarter since the onset of the pandemic, the health of the UK’s DB pension schemes failed to improve.

This suggests that the UK’s DB pension schemes may well have completed their initial recovery from the pandemic. However, it is important to note that these figures may yet still understate the negative impact of the pandemic, due to a weakening of covenants that many schemes will have endured.

Sponsor health therefore remains a key concern as we move forward. As for the previous quarter, we chose to retain a typical sponsor rating assumption of BB in our calculations. This assumption reflects covenant strength, impacting the security of benefits and our Expected Proportion of Benefits Met (EPBM) measure of scheme health.

While the long-term impact of the pandemic remains unclear, we noted that if a rating of B was assumed, the EPBM figure on 30 June 2021 would be around 1.2% lower.

Turning to the market aspects of scheme health, growth assets continued to outperform over the second quarter, but interest-rate levels fall back somewhat. This partly reversed the very sharp rise seen during the first three months of the year – the largest quarterly increase in nominal rates seen in years. However, interest rates remain substantially higher than at the end of 2020.

Other factors, including relatively high experienced inflation and some technical revisions to our assumptions, also led to some modest losses in EPBM. This meant that, overall, it was flat over the quarter.

We will continue to monitor DB schemes’ health and share our findings with you.

[1] Based on the Purple Book from the Pension Protection Fund, a typical pension scheme holds approximately 20% in equities, 70% in bonds/LDI, 5% in property and 5% in other assets.  For illustration, we assume rates and inflation hedge ratios of 70% of liabilities on a gilts basis (revised upwards from previous assumptions) and no future accrual or deficit contributions.

[2] As of 31 March 2020, the LGIM DB Health Tracker found that pension schemes could expect to pay 91.4% of accrued pension benefits.

[3] As of 31 December 2019, the LGIM DB Health Tracker found that pension schemes could expect to pay 96.5% of accrued pension benefits.

Yikai works as a quantitative associate in LGIM's Solutions group. Yikai assists in financial modelling and investment strategy development work. Yikai joined LGIM in August 2020 from Duff & Phelps, where he was an associate within the complex asset solution team and assisted in the valuation of credit derivatives. He obtained a master's degree in Maths and Finance from Imperial College London. 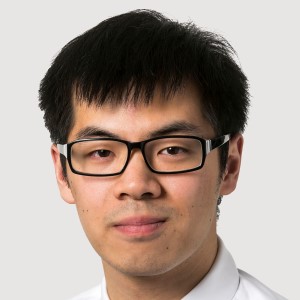