Time for joint CEO/chairs to do the split

We will now be voting against the re-election of those who hold both the CEO and board chair roles in a clear demonstration of our commitment to best practice in corporate governance.

Who would even want to be a joint CEO/chair anymore? When problems arise at a company, the scrutiny of those who serve as both chief executive and board chair is inevitably greater. This has been illustrated by recent examples from Boeing to WeWork.

This makes some intuitive sense: when you are effectively your own boss as a combined chair and CEO, how can there reliably be rigorous challenges to your thinking and decisions? When the two roles are merged, power is concentrated in one individual and this weakens checks and balances against that person.

We conducted some internal analyses on this question. Through a panel data regression of the MSCI World Index from 2012 to 2018, we observed a statistically significant negative relationship between companies with combined CEO/chairs and their subsequent returns on assets. A negative correlation was also found across the US, Canada, Spain, Hong Kong, and the Netherlands when running a simple linear regression.

Despite this, combined roles are still quite common: 47% of S&P 500 boards have joint CEOs and board chairs, in Spain 20% of the IBEX 35 have a combined board chair and CEO, and 53% of CAC 40 companies do in France.

It is worth acknowledging, however, that the broader academic literature on this topic is mixed; some research has suggested that dual CEO/chairs have been associated with improved financial performance. We would nonetheless be cautious about relying too heavily on such studies.

First, we should neither extrapolate from past performance nor confuse causation and correlation. Stocks with dual CEO/chairs may have soared, but did they really do so because of their management? Few of these companies have unblemished records, and may just as easily have performed even better with stronger governance. Equally, early growth may flatter returns from some stocks with joint CEO/chairs but that structure is unlikely to be appropriate for running more economically mature businesses.

Second, we believe on principle that the roles of chair and chief executive are substantially different and therefore require distinct and complementary skills and experience, as we set out in our paper on this subject. Boards with independent leadership are more likely to be more diverse, have a more balanced tenure, be more responsive to shareholders, and their CEO pay levels are less likely to be excessive relative to peers, according to research by ISS.

Culture and employee engagement is now a key topic and area of focus for companies. Boards are meeting employees more frequently throughout the business to understand these dynamics, and such engagement should be led by an independent chair rather than the CEO. It is obviously not possible to do this if one person holds both roles.

This is why we have decided to escalate our voting policy on combined chair and CEOs by committing to vote against such combined roles at director elections globally (excluding Japan, where we took into account market specificities and are focused on engaging on the topic). This policy will be consistently applied across all assets in which we hold voting rights.

The separation of combined CEO and board chair roles provides a better balance of authority and responsibility, which aligns with the best long-term interests of companies and investors.

We feel this is important and timely because, despite some progress on this matter, we have also seen a worrying trend of companies splitting the roles after a scandal (as at Boeing recently), only in some cases to recombine them later (as has happened at Bank of America and Walt Disney).

We aren’t suddenly waking up to this issue, though; we told companies last year that we would be making this move so as not to surprise them.

We also have a long track record of campaigning for the division of CEO and chair responsibilities. Before the arrest of Renault’s joint chair and CEO Carlos Ghosn in November 2018, for instance, alongside active engagement with the board we had formally asked the French carmaker to split the roles by letter in May 2017 and again in September 2018. We took the same stance with Wells Fargo.

This was not an isolated example of our work. Our latest Active Ownership report details our consistent approach of voting against the management of companies with a combined chair and CEO where they have no lead independent director and of consistently supporting shareholder proposals calling for an independent board chair.

We hope that by escalating this policy now, we are sending a very clear message to the market that this is best practice and that independent leadership is critical.

Marion joined LGIM’s Investment Stewardship team in 2016. She is responsible for ESG engagement with LGIM’s investee companies in the transport and travel & leisure sectors globally. Her areas of focus are corporate governance in Europe, ESG disclosures and market-wide ESG transparency issues. Marion also represents LGIM on the 30% Club investor France, which seeks to encourage our investee companies towards greater gender diversity below board level. She holds the Investment Management Certificate (UK CFA institute), an MA in Law from the University of Bristol and a Bachelor of Laws from the Catholic University of Lille, France. 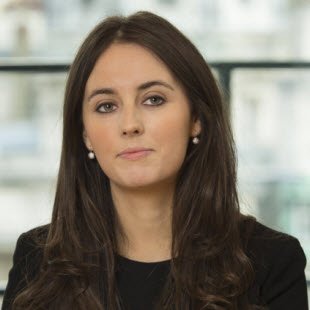 Clare is responsible for the team’s stewardship activities for the technology, media and utilities sectors. She communicates with companies, investors and other market participants on various ESG issues, with a specific focus on diversity and other social issues, and she chaired the UK’s 30% Club Investor Group for three years. Clare sits on several internal and external committees focused on diversity and inclusion. With over 20 years’ ESG experience, you could consider ESG to be her life, but Clare is also a committed runner and has a passion for fashion.