Should you swap your swaps?

As seasoned trustees of pension schemes will know, it’s possible to target better long-term outcomes by actively switching between gilts and interest rate swaps. But could it also sometimes be prudent to make changes within your swap exposure?

The Libor scandal that came to light in 2012 shocked the financial world and resulted in welcome regulatory change to interest rate benchmarks. This change was a clear example of where liability driven investors may wish to consider evolving their scheme’s swap exposure.

Staying one step ahead of regulatory change is crucial when it comes to successful liability driven investment (LDI); so when the Bank of England announced in 2017 its recommendation for Sonia (Sterling Over Night Index Average) to replace Libor (London Interbank Offer Rate) as the interest rate benchmark, we too took action to help protect our clients’ portfolios.

We took this action as we believed that the use of Libor was no longer an enduring part of a long-term risk management strategy, with the Libor benchmark likely to become obsolete given the Bank of England’s recommendation.

With the spread between the Libor-based and Sonia-based swaps widening significantly over the course of 2018, our action helped to protect the value of LDI portfolios, and reduce the uncertainty of future pension scheme outcomes. 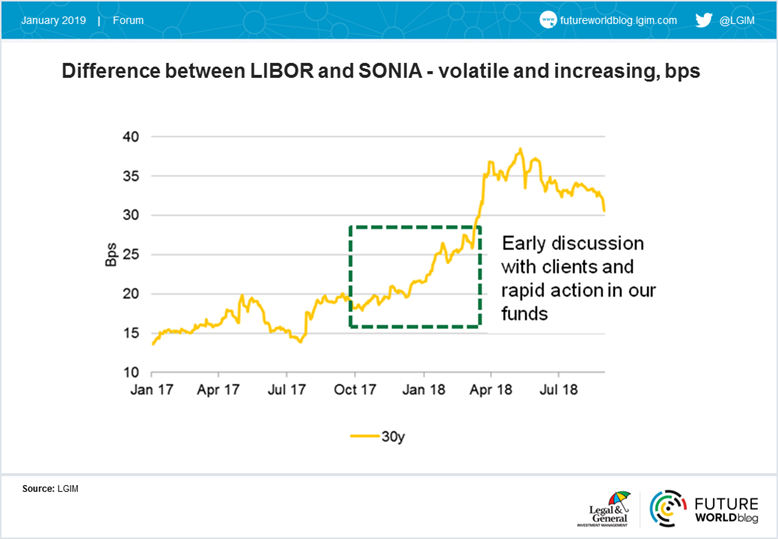 A recent comment by Andrew Bailey from the Financial Conduct Authority echoed our views on the value of swapping these swaps:

The wise driver steers a course to avoid a crash rather than relying on a seatbelt. That means moving to contracts which do not rely on Libor and will not switch reference rates at an unpredictable time

A second example of when we made changes to our swap exposure following regulatory change was the move towards a central clearing exchange for swaps and away from entering into swaps directly with single institutions. The move was prompted by regulators who sought to reduce counterparty risk in the wake of the global financial crisis of 2008.

It may sometimes be true that reducing swap exposure is preferable to swapping it. As schemes become better funded, we typically see less of a need for swaps. As this happens, we look to unwind swaps rather than add offsetting swaps to reduce the exposure. The latter typically adds unnecessary complexity.

Similarly, where we take on a legacy portfolio with multiple lines of offsetting swaps, we would generally be inclined to reduce these risks by unwinding the swap exposure over time, assuming this could be achieved in a cost-effective manner and was appropriate for the specific risk/reward profile of the client.

So there you have it. Sometimes schemes might wish to consider swapping gilts for swaps. There might also be times when regulatory change – such as the events that followed the Libor scandal – means schemes should consider swapping their existing swaps for other swaps. And then sometimes it’s best just to reduce swap exposure rather than adding new swaps… Horses for courses!

Femi focuses on working with our clients to implement LDI and broader solutions based investment strategies. Femi joined LGIM as a pension solutions structurer in 2009 before moving into the Strategic Investment and Risk Management (SIRM) team on its formation in early 2011. Femi joined LGIM in 2009 from Deloitte. Prior to this role he worked for P-Solve Asset Solutions. Femi graduated from the London School of Economics in 1999 with a first class honours degree in actuarial science and is a fellow of the Institute of Actuaries.

Emma joined LGIM in 2014 from Barclays, where she worked in fixed income distribution covering global hedge fund clients. Emma graduated from the University of Manchester with a degree in Physics and Philosophy. 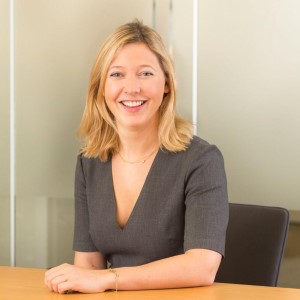