How useful is the yield curve as a predictor in recent cycles?

The ‘yield curve’ has flattened significantly. This is worrying both investors and some Fed members given its track record of anticipating recessions. But has the yield curve become a less timely predictor in recent cycles?

So… what is this 'yield curve' everyone’s talking about?

Why are investors and some Federal Reserve (Fed) policy makers so worried about it?

Yikes! So… what is happening now? 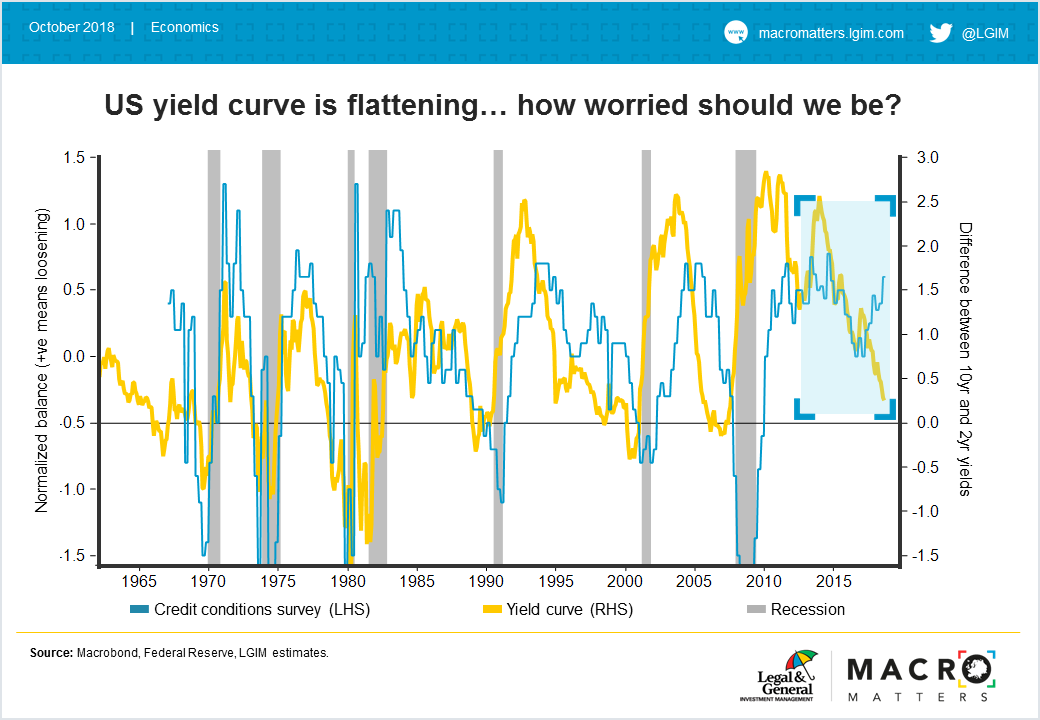 Are things “different this time”?

How can we get around this problem?

What is the Fed’s adjusted yield curve showing?

Does the yield curve have magic powers? How do investor’s rate expectations cause a recession?

How reliable is the yield curve?

Why has the yield curve become less reliable?

What are credit conditions showing?