Europe: the end of easy money?

The European Central Bank’s programme of quantitative easing looks to be almost over. Should European credit investors be worried or encouraged?

Remind me how all this begun?

Over six years have passed since European Central Bank (ECB) President Draghi delivered his now infamous “whatever it takes” pledge in response to the European sovereign debt crisis. Shortly after (in August 2012), with short-term rates below zero and the Federal Reserve already buying US treasuries, he announced a quantitative easing programme of his own to counter falling inflation and stimulate the European economy.

This was termed outright monetary transactions (OMT) and involved making direct purchases of European government bonds in the secondary market. More ingredients were added to the alphabet soup in March 2015, with a range of asset purchase programmes (APP). Most recently – in June 2016 – the corporate security purchasing programme (CSPP) was launched. About a year ago, however, the ECB started reducing the size of the programme and this month its purchasing of assets is coming to an end. 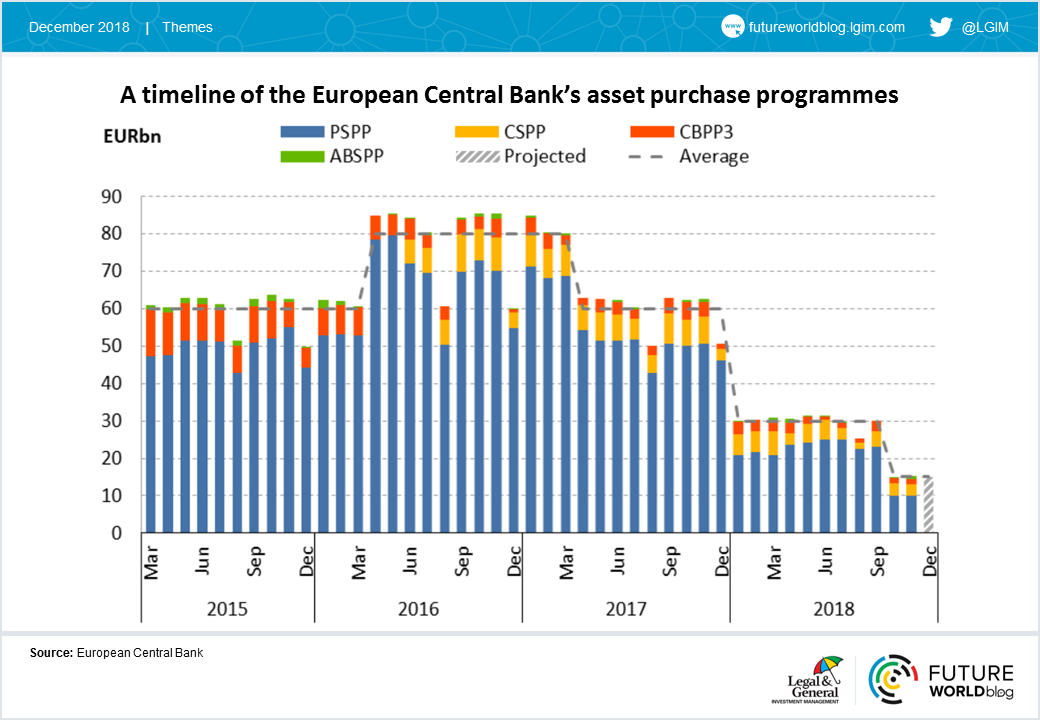 So what does this all mean for credit investors?

To have an understanding of this, we first need to look at what happed to European credit markets with the corporate bond buying in place.

Essentially, euro corporate bonds rallied strongly both in anticipation of the programme starting, and in the months that followed its introduction. This rally in spreads over the first eight months of 2016 was not only notable in absolute terms, but also relative to both US dollar and sterling credit markets.

From a sector perspective, too, the market moves were striking. With the ECB buying a range of primarily non-financial corporate bonds, it was these eligible bonds that saw the most dramatic decline in spreads in 2016. In 2017, however, financial bonds – and subordinated financials in particular – took over the sector leadership. 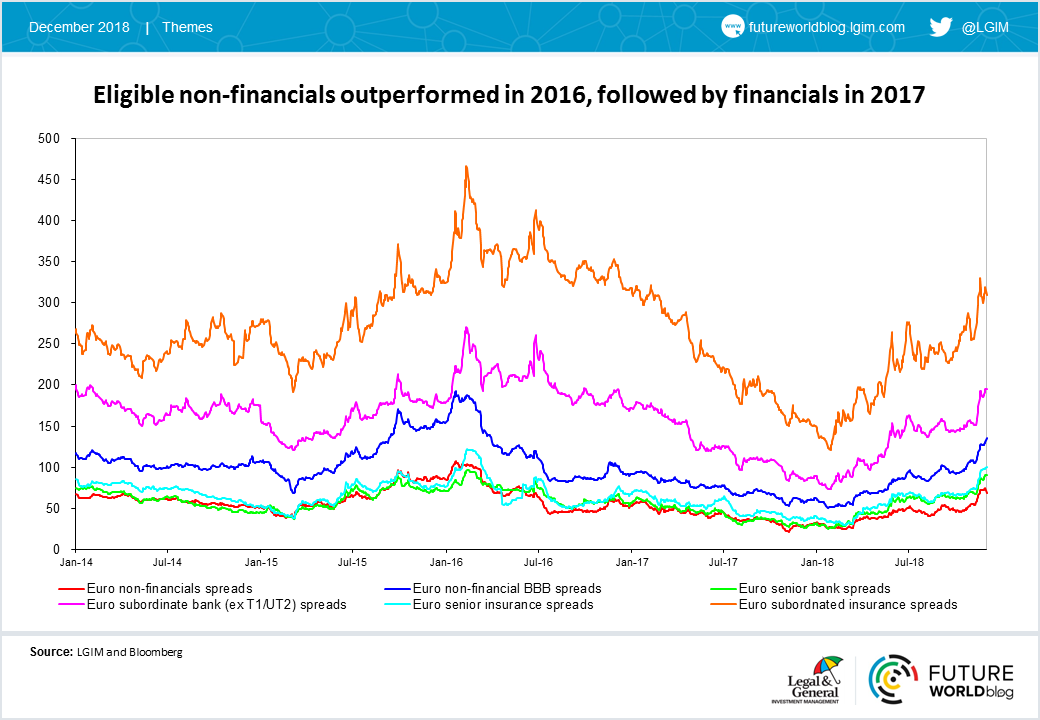 Yet since the start of 2018, much of these moves tighter in euro credit spreads have been reversed, as the drop in ECB buying reduced support both in the primary and secondary market, and investors now anticipate the complete termination of the European corporate bond buying programme. In addition, European corporate bonds in general have underperformed their North American counterparts, as money flowed out of Europe due to higher US risk free rates and the rise in European political risk.

Ok, so where do we go from here?

Although spreads have risen in 2018 the overall absolute level of yields is still low given where underlying bund yields are. Furthermore, capital flows into euro credit and European assets more broadly continue to be negative, which on the face of it doesn’t paint a particularly encouraging picture.

Spreads over bunds are starting to look more attractive

However, we do believe that European credit investors can be a little more optimistic than this implies, with the spreads over bunds starting to look more attractive – thereby providing a degree of insulation from any market volatility. In addition, we believe that low European growth, combined with the region’s structural problems, is likely to keep underlying bund yields anchored at historically low levels, which should be supportive for credit.

How are portfolios positioned in light of this?

When selecting a portfolio we believe it’s key to focus on credit quality. This is particularly important as the corporate bond buying support falls away, liquidity levels remain low and the cost of funding rises – particularly for companies with more volatile cash flows and weaker balance sheets.

We remain cautious on issuers that increased leverage as money was ‘cheap’ with generous ratings from the agencies on the back of promises to deleverage especially if they need to tap the market in a relatively short time period.

Other factors to consider are sector cyclicality and exposure to global trade, particularly in the light of a slowdown in global growth and rising tariffs.

European political risk is another key consideration. This can disproportionally affect banks, though we consider it unlikely that the ECB will allow a cliff-like drop in funding conditions as stimulus is withdrawn. 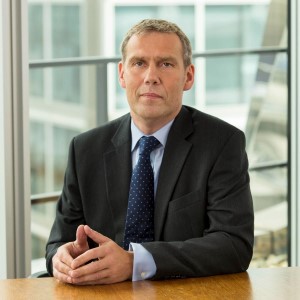