We like to build portfolios that are diversified not just across asset classes, but within them too. Frontier markets are a case in point for our equity exposure.

These markets include the likes of Vietnam, Iceland, Morocco, Bahrain, and Kazakhstan. They aren’t typically covered by the sell-side and are small-cap by nature. Nevertheless, there are a few things we can say about frontier markets from a macro perspective.

To start, they’ve had a strong run recently. The MSCI Frontier Markets 100 index is up by 48% since mid-2020, which compares very well with the 26% for emerging markets and even slightly beats developed markets that were led by US tech.

This takes the index above its all-time high from 2008, reversing all its pandemic underperformance against emerging markets and taking relative performance back to the historic highs from 2013-2019.

This performance doesn’t change materially whether you include China or not in the emerging-markets index. As we see in the chart below, frontier markets have rallied against emerging markets excluding China over the past year, suggesting their relative performance isn’t just a function of a difficult period for Chinese equities. 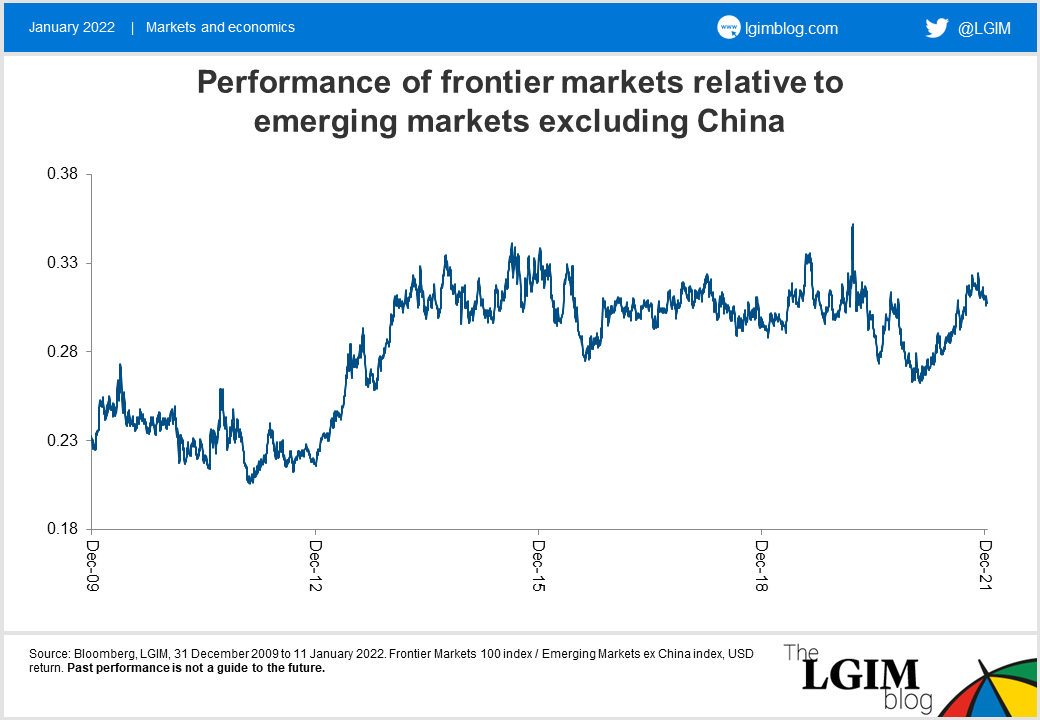 With this outperformance has come a re-rating. Relative earnings may be up, but by a lot less than relative prices. As a result, frontier markets now trade close to historic-high relative valuations compared with emerging markets – a complete reversal from record-low relative valuations in 2020. Other multiples are also near their highs, with relative dividend yields at a new extreme.

This matters because we view frontier markets as a longer-term position, so valuations are particularly important. On that score, frontier markets do now look expensive compared with emerging markets (although they appear neutral versus developed equities). 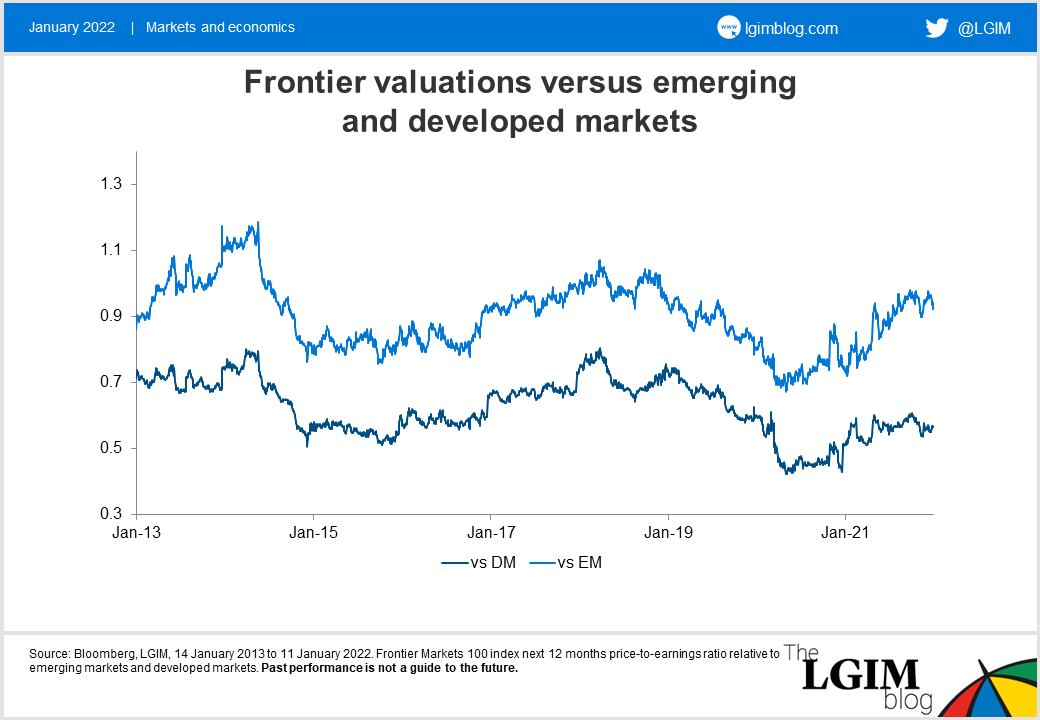 Yet valuations, while important, are not the only consideration. One of the things we like about frontier markets from an asset-allocation perspective is their typically low correlation with other assets and their idiosyncratic behaviour. This is still the case, with correlations with most macro factors lower than for emerging markets. 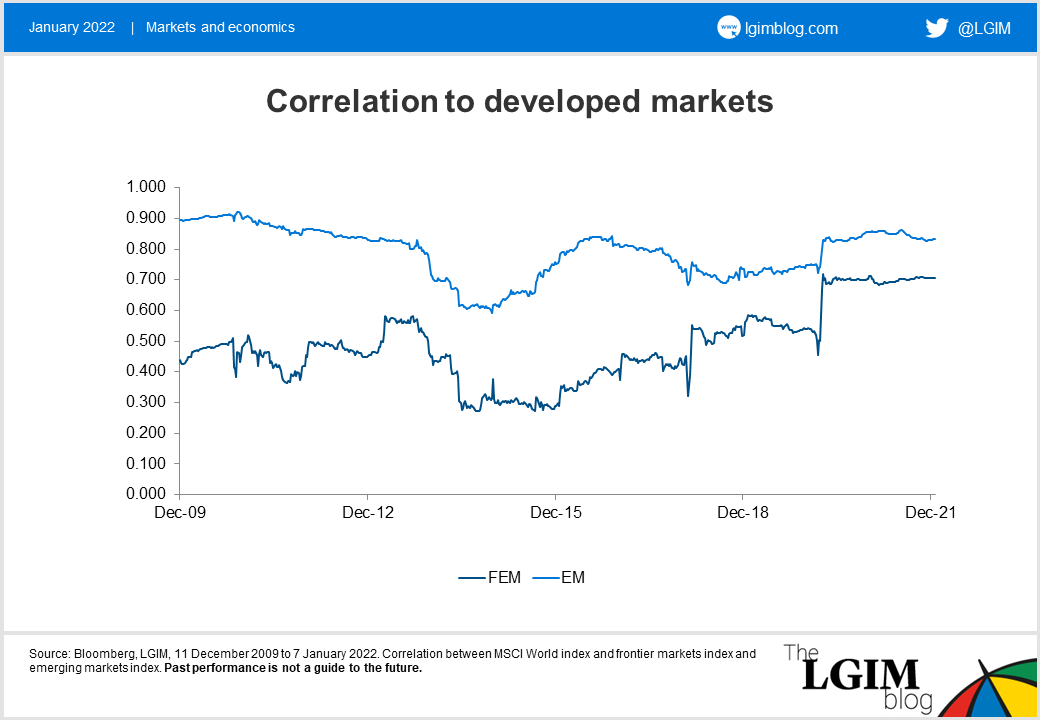 Their idiosyncratic nature can come through at any time too. With Kazakhstan having a weight of about 8% in the frontier index, the recent political uncertainty has been a good example of this.

So while we still like the idiosyncratic characteristics of frontier markets, the recent re-rating has made them a little less attractive to us.

Data sourced from Bloomberg, as at 14 January 2022, unless otherwise specified.