Running with the bulls

Today should have been the end of the traditional ‘Running of the Bulls’ in Pamplona, but the festival was cancelled. Can we expect other bull markets to keep running?

Usually celebrated from 6-14 July, Pamplona’s annual ‘Running of the Bulls’ festival was cancelled last week for the first time since the Spanish Civil War. Organisers decided that packing tens of thousands of shouting and screaming people into a tightly confined space wasn’t a great idea during a pandemic. The cancelation made me think about two different bull markets: in US tech and in Chinese equities.

The tremendous trajectory of tech

The first bull to highlight is the ongoing (and increasingly extraordinary) outperformance of US technology stocks. The Nasdaq has now outperformed the broader US market by 25% year-to-date. Last week, the FAAANM (Facebook, Apple, Amazon, Alphabet, Netflix, Microsoft*) stocks rose to represent 25% of the market cap of the whole S&P 500.

We’ve been riding the tech bull market in our tactical trades for two years now. That exposure has been a constant even as our overall equity risk has been dialled up and down.

As a multi-asset team, we like to preach the benefits of cross-asset diversification and avoiding unnecessary concentration risk. In hindsight, concentrating (even more) equity risk in US tech would clearly have been beneficial. But investors increasingly need to think about the risks associated with such a small group of companies driving overall market performance.

Indeed, of the 11 high-level equity sectors in the US, information technology is one of only four that have delivered positive returns year-to-date. And just like in Pamplona, it could be the young and reckless at the head of the stampede.

In the past, we’ve called this the “concentration conundrum”: market-cap weighted exposure carries increasing single-name risk. Anyone who has been to a rodeo (or seen a bucking bronco at the fairground) will know that bull-riding can be a lot of fun, but it can also end in a nasty goring.

So as the Nasdaq’s outperformance turns increasingly exponential, we continue to question the merits of the position. For now, the succinct conclusion is unchanged: “we still like tech”. But the questions are getting louder.

Pamplonans may have given up running with the bulls for 2020, but apparently the residents of Zhongnanhai have not. That’s the government enclave in central Beijing from which the Chinese Communist Party directs operations in the world’s most populous country.

According to Chinese state media, the authorities are looking to secure a “strong bull market” to support the economic recovery. Chinese A-shares have jumped nearly 15% in response. China’s heft is such that the broad emerging-market equity index is now up around 8% in July, versus less than 2% for the MSCI World index.

We’ve been on the sidelines of this trade, with a neutral position on emerging-market equities since late 2018. But it serves as a useful warning to investors yet again of the potential for government diktat to affect pricing. We’ve seen those trends play out in Western markets with central banks stepping in to prop up asset prices. The mechanisms may be more opaque in China, but the principles are the same. The authorities have enough levers and deep enough pockets to support asset prices when they really want to.

When thinking about the broader market, the question is whether we are now exiting the period in which governments are willing to do “whatever it takes” to prop up the economy. The proof of the pudding will be in Washington’s appetite for crafting another generous stimulus package as the coronavirus continues to spread through the sun-belt states. The underlying news in this region hasn’t improved in the past week, with mortality rates in Florida, Texas and California unfortunately starting to creep higher again. We remain underweight equities as those risks escalate.

* All references to specific stocks and securities are for illustrative purposes only. Reference to a particular security is on a historic basis and does not mean that the security is currently held or will be held within an LGIM portfolio. The above information does not constitute a recommendation to buy or sell any security. 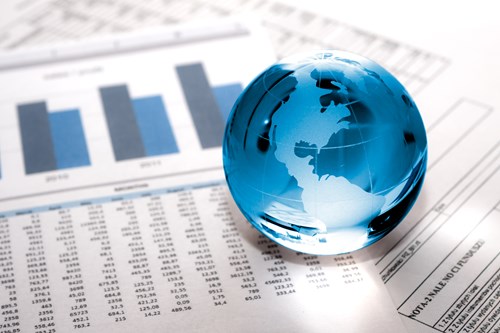