The California Gold Rush of the 1840s and 1850s gave rise to the idea that selling picks and shovels to prospectors was a less risky way of making money than actually being a prospector.

The appeal of prospecting is similar to that of buying a lottery ticket – a potentially large payoff. We, though, embrace the ‘picks and shovels’ approach, favouring key suppliers to growth industries – particularly when picking industry winners is not so easy.

Varta* is a perfect example. It listed on the Frankfurt stock exchange in October 2017, and the clear attraction of its story was that it was the dominant supplier of micro batteries to the global hearing-aid business.

There are three dominant manufacturers of hearing aids supplying the growing demand for these devices, with this growth being driven by the ageing population and greater acceptance of wearing them. These three players outperform and underperform each other for relatively short periods, based on who has the best new product at any point in time.

In the three-and-a-half years since Varta listed, GN Store Nord* has comfortably won this three-way battle with a 146% share-price gain (in euros). However, as the principal supplier of its batteries, Varta has enjoyed a 529% share-price return. Its share of the hearing-aid battery market continues to grow.

The semiconductor and the orchestrator

Other themes that investors are currently keen on are semiconductors, where growth in uses and demand seems set to grow relentlessly, and hydrogen, which is increasingly seen as the fuel to save the planet. Picking the end-market winner in these themes is not so easy, because not all will be winners and some are just too small at this stage. So what are the picks and shovels of these industries?

There are a number of very large semiconductor manufacturers across the globe competing by spending vast sums to grow capacity and take share from each other. There are also niche players developing products for specific end markets. But who will win? Which will make the best investment?

ASML* is the self-proclaimed ‘arms dealer’ to the semiconductor industry. Its lithography machines have a very high market share – indeed its Extreme Ultraviolet (EUV) machines are the only option at the cutting edge of the industry. We will, of course, continue to look for the winners among the semiconductor manufacturers, but we can be confident that ASML will be a long-term beneficiary of this theme, regardless of who emerges on top.

Hydrogen is an even more difficult area for investors. The use of hydrogen as a fuel for cars, larger transport and static power is gaining acceptance and the attraction of green hydrogen is obvious, given the climate risks.

Picking the winner among car companies, truck companies or gas producers is fraught with difficulties, but if we are to move to a hydrogen economy, there are things that we will need. Hydrogen will need to be transported and it will need to be converted into electricity. This will require good engineering, but will not involve re-inventing the wheel.

Fuel cells are necessary in the process to convert hydrogen into electricity. The technology is not new, but the production of fuel cells is neither cheap nor easy to scale. Ceres Power’s* proprietary technology, SteelCell, is widely considered by original equipment manufacturers and industry experts to offer the best solid-oxide fuel-cell technology at the lowest cost. It has also developed a scalable production process. Solid-oxide fuel cells lend themselves particularly well to static power and larger transport, such as trucks and buses, ships and even trains. This has attracted some large development customers such as Bosch*, Weichai Power* and Doosan* among others. Ceres Power is also developing a solid-oxide electrolysis process to create green hydrogen from renewable electricity, essentially the reverse of the fuel cell.

A little more advanced than a pick or a shovel, but we believe the principle remains the same. 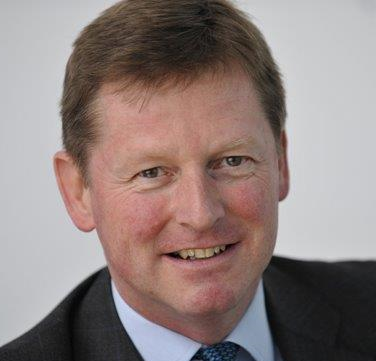