Bullish as the cycle goes on

With the outlook improving, we have extended our bullish view on risk assets to the medium term.

As our CIO has outlined in his recent outlook, we have structural concerns associated with excess debt (especially in China), deteriorating demographics, rising populism and poor productivity. However, as I’ve written about before, there’s also the issue of gauging the timing of cyclical market moves within broader structural trends.

Legendary investor Warren Buffett was spot on when he said: “You only find out who is swimming naked when the tide goes out.” We believe the likelihood of these structural headwinds triggering a 2008-style credit crisis is partially dependent on the economic cycle. A crisis is more likely during a recession than it is mid-cycle. So ebbs and flows of the cycle have ramifications for long-term credit risks as well.

Where previously our constructive stance on equities was predominantly tactical (i.e. short-term) we now believe that the medium-term outlook has also actually improved. There are three key reasons why:

One of the key reasons that we have become less concerned about credit risk for now is that some global debt ratios are not rising any more. Though the absolute level of debt remains high, there is less exuberance in credit growth in aggregate, with private sector US dollar credit creation relatively stable on a year-on-year basis, and less than half the levels that it was before the global financial crisis. 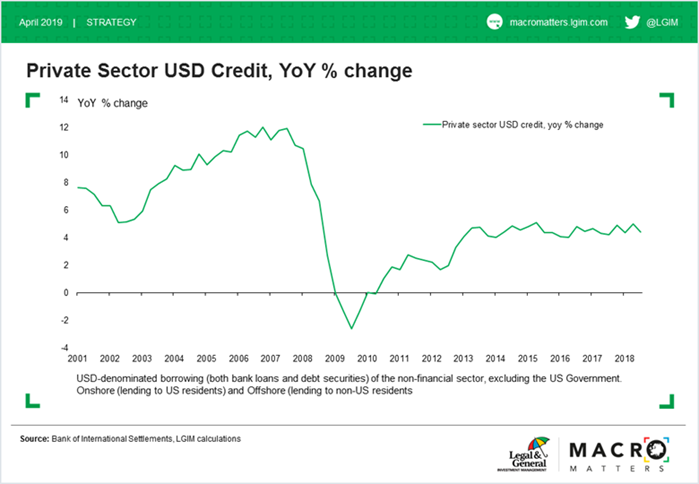 China remains crucial in this part of the market narrative as well – there are admittedly still severe warning signs over credit creation in China, which we continue to monitor. Chinese credit risk and China’s global economic footprint are clearly big enough to impact our overall macro risk positioning.

However, at the risk of complacency, we have difficulty identifying a catalyst for a Chinese credit event given the country’s fiscal space, the now reasonable loan-to-deposit ratios in its banking sector, the lack of an obvious housing bubble in China and the limited dependence of the country on foreign investors.

In addition, we believe the world’s second largest economy has managed to stabilise its deleveraging process for now – something inconsistent with an imminent crisis – while we expect capital flight to subside or even reverse. Finally, the Chinese reflation in the first quarter of 2019, which we expect to continue for now, is inconsistent with an imminent crisis. It might, however increase vulnerabilities in the future, but that’s for another day. 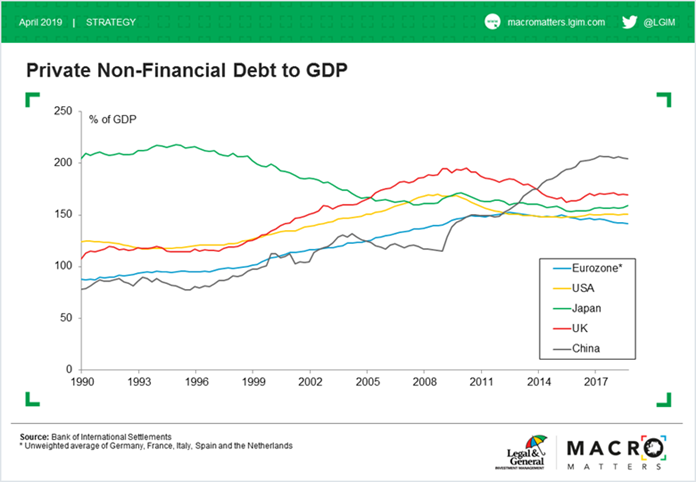