Where are the inflation hawks?

US core inflation is on the verge of returning to target, but there are widespread expectations that it will stabilise there over the next few years. How confident should investors be in this outlook?

Last spring and summer the US experienced a series of soft inflation readings. This pushed the annual inflation rate well below target. While we and the Fed viewed the weakness as transitory, this position was beginning to look shaky after five misses in a row. But since then, inflation has recovered. There are two measures and both are sending the same message. The consumer price index (CPI) annual inflation rate rebounded in March as last year’s surprise drop in wireless communication (mobile phone) prices fell out of the annual comparison. The core personal consumption deflator (PCE) is the Fed’s preferred measure, and that seems likely to move up very close to the Fed’s implicit 2% target when released at the end of this month. If recent trends continue, core inflation will move up further into the summer, perhaps breaching the Fed’s target by a tenth or two. 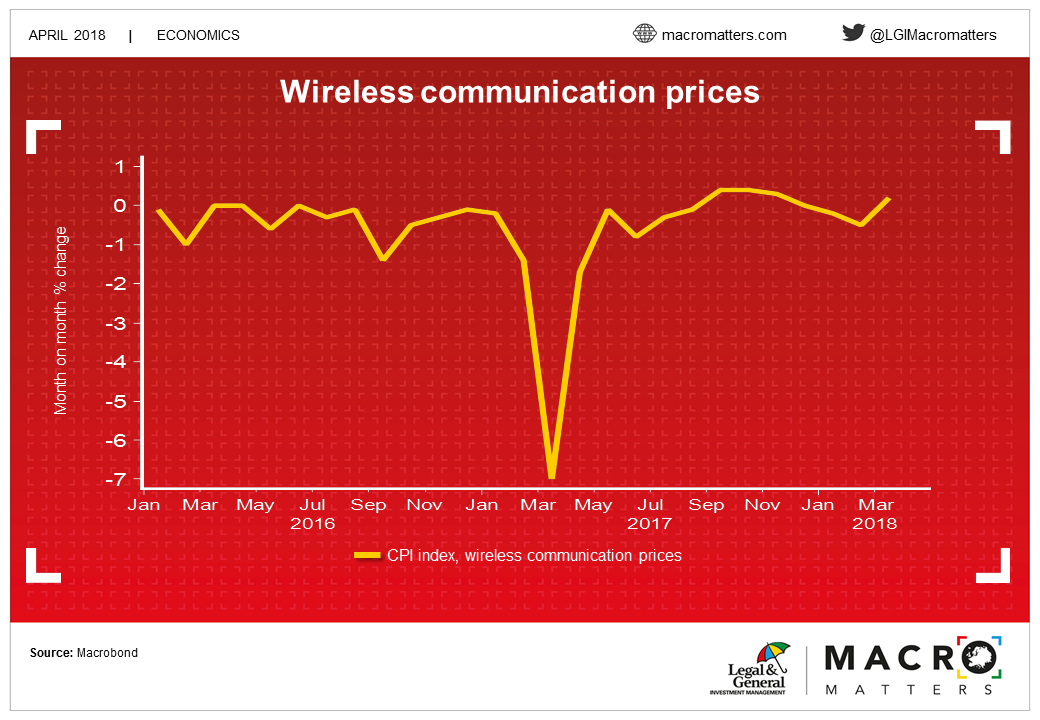 Beyond this time horizon there is a strong consensus among economists that inflation will remain at target. This is also the Fed’s forecast. The market, judging by inflation expectations, seems even more relaxed about future inflation. These forecasts appear at odds with the widespread expectations that growth is likely to remain strong and unemployment will continue to fall over the next few quarters.

Why is this? The structural disinflationary headwinds have not gone away, even if their influence was overplayed last year. In addition, inflation has remained subdued in a number of economies around the world that appear to have been operating with high levels of resource utilisation. This could be due to a firm anchoring of inflation expectations. As Chairman Powell noted in his most recent speech, “the link between labour market tightness and changes in inflation has become weaker and more difficult to estimate”. Still, the Fed seems to be no longer worried about undershooting its inflation target. The March FOMC minutes found that, “many participants increased their confidence that inflation would hit their target…and others suggested that downside risks to inflation were subsiding”. Yet, there was not much concern about the potential to overshoot.

I think investors should at least begin to consider the upside risks to inflation and the ramifications should this trigger a more aggressive reaction from the Fed: 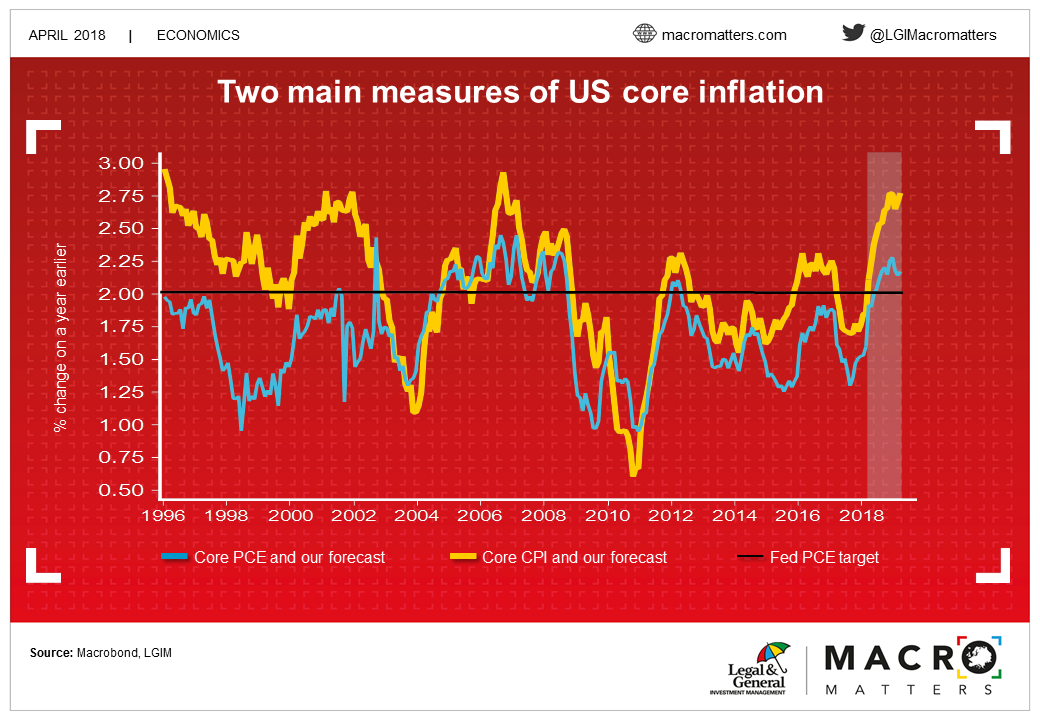 If inflation steadies at target, the Fed is likely to deliver close to the hiking path outlined in its dots, which is still almost two rate increases above market pricing by end 2019, despite the gap narrowing in recent months. But if inflation strengthens further, this might force the market to rethink how far and fast the Fed will go this cycle. Finally, it would also start to push our recession indicators towards flagging danger.