Our new research suggests that emerging markets may be less vulnerable to the current crisis than previously thought. 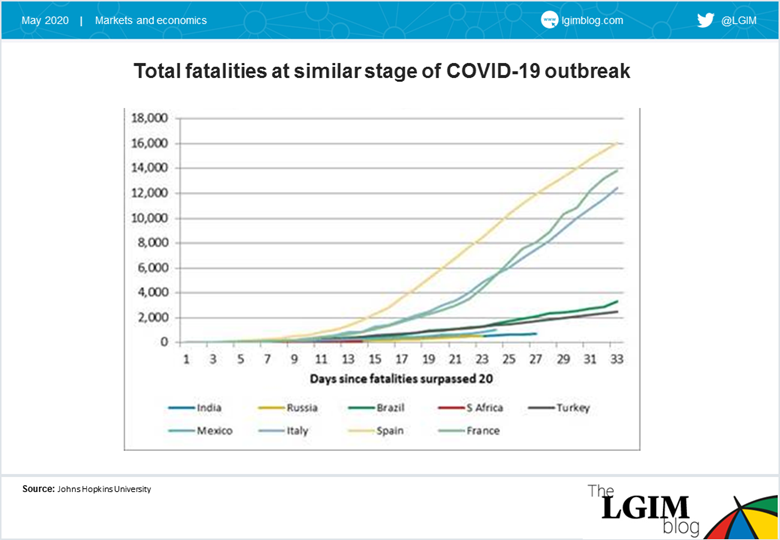 We wanted to know how much of this shortfall in fatalities was due to a more favourable age profile in emerging markets. It has been well established that older people are particularly at risk of dying from the virus, and there are simply fewer elderly people in emerging markets as a share of the population.

We combined our knowledge of countries’ age structure with age-specific COVID-19 mortality rates (derived from a large and widely accepted study) to generate country-specific mortality rates.

The gap between developed and emerging markets that we found is remarkable. For example, the mortality rate in Italy is four times that in South Africa (1.6% versus 0.4%). 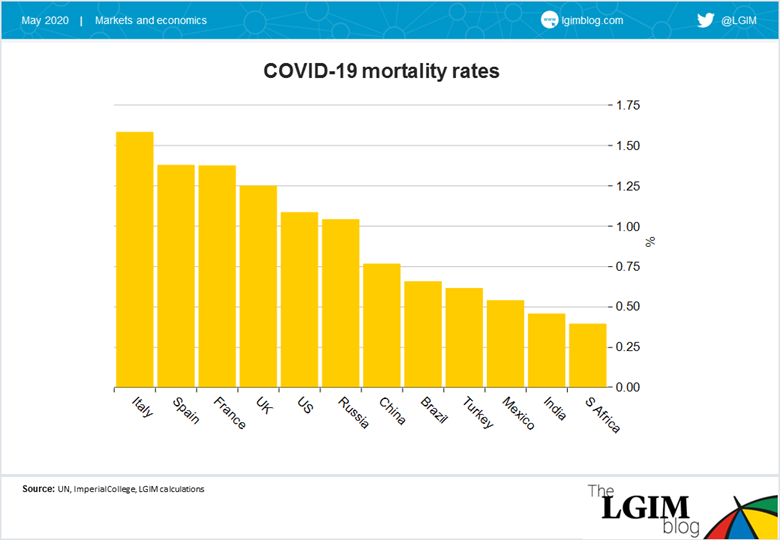 At the outset of an infection, when it is still localised, the population size will have no impact on the number of infections. However, as the disease progresses, more people will become infected in, say, India than Italy.

By simulating the virus’s outbreak in populations of different sizes, we find that infection numbers do not differ at the current stage of the outbreak (30 days after the death toll surpasses 20).

Since infections in Italy, Spain, and France would have been the same as in India at this early stage of the disease, differences in mortality rates explain the age-related differences in fatalities. 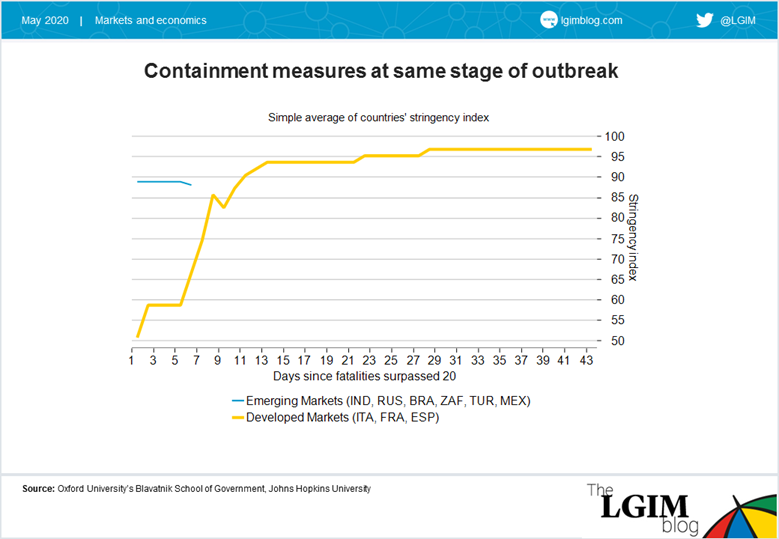 We can only speculate on what explains the remaining shortfall in deaths. It does not look like misreporting of COVID-19 fatalities is any worse in emerging markets than in developed markets. If it were, less developed emerging markets (i.e. those that are more capacity constrained) should have larger unexplained death shortfalls, which is not the case.

It is more likely that emerging markets’ swifter lockdowns helped. Some have also highlighted the potential role played by stricter tuberculosis vaccination programmes in emerging markets, an avenue the World Health Organization is exploring through clinical tests.

What are the implications of all this for our investment process? We have been very worried about the impact of COVID-19 on emerging markets, as Chris explained here. We feared that the virus would be cataclysmic for emerging markets given their weaker health systems, higher poverty rates, and limited scope for policy intervention.

While capital flight and trade collapse will still be challenging for emerging markets, on the virus front our new research suggests that emerging markets are less vulnerable than previously thought.

Moreover, we agree with our colleagues from the EMD team that emerging markets represent a broad and diverse range of issuers that can provide opportunities irrespective of the macro environment.