While the UK prepares to break away from the EU, the voting age population is evolving. When the transition concludes, younger people’s views could be significantly under-represented. Adjusting for this could lead to some very different conclusions.

The Brexit vote was won by over 3%. While it’s impossible to know how a sequel would go, it’s worth considering the impact that demographics could have on the population’s preferences.

Estimates of voter behaviour suggest that younger people were significantly more likely to want to sign-up to Remain’s cause. 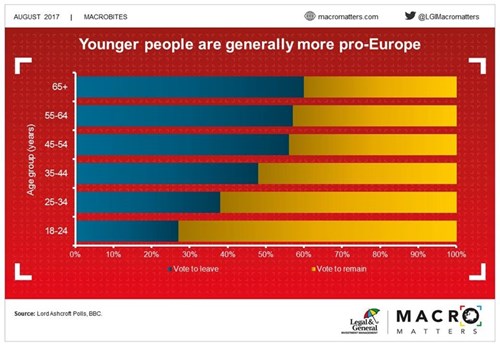 However they were also significantly less likely to vote. We estimate this using actual turnout figures for the 2015 general election, because in aggregate they result in a close match to the actual Brexit result. 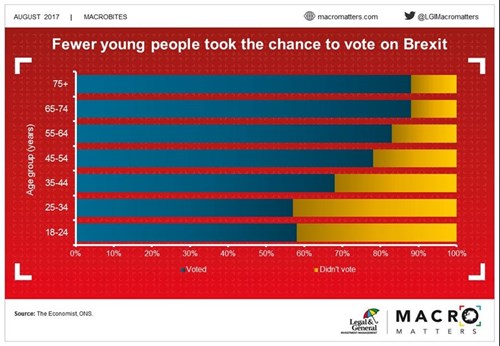 From this we can estimate the likelihoods of voting and voting intentions by individual age, which in turn allows us to estimate the outcome if a vote took place in the future based on people’s 2016 Brexit preferences. 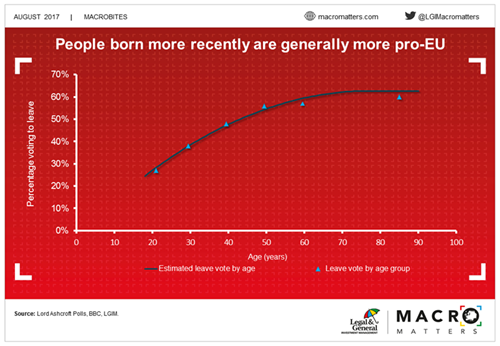 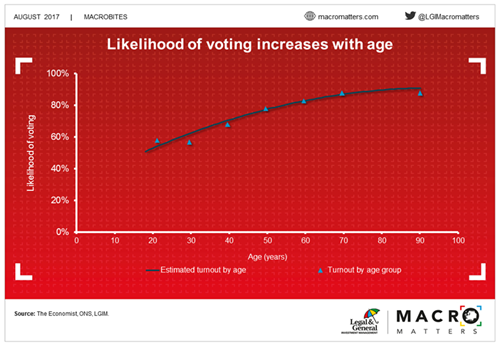 Jumping forward three years from the vote to 2019, we assume people don’t change views and that turnout rates increase with age and are in line with those seen in 2016. To capture the votes of teenagers who would become old enough to vote by 2019, we assume that they follow the voting behaviour we estimated for eighteen year olds in 2016. Overall, this suggests there’d be no clearer winner in the Brexit debate, with 50% on each side. 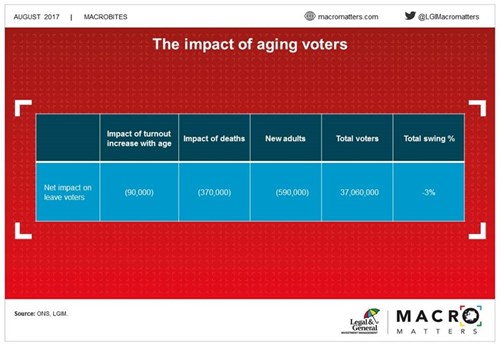 The three drivers of this twist are that people aged 15-17 at the time of the 2016 vote are now included, deaths impact 'Leave' more than 'Remain' and finally as young people age they become more likely to vote.

As we project further out, the story follows a familiar plot. By 2021 the picture is stark and the same analysis suggests a c.2% preference for Remain.

Of course there are other variables at play and the arguments around Brexit will drag on, in particular whether people would change their votes. However, based on the story so far and people’s revealed preferences in 2016, it appears that younger adults’ views will ultimately be under-represented. Of course, in this analysis we've not allowed for individuals changing their minds over time, and it may well be that some people become pro-Brexit as they age; if so that could negate some of the impact we outline.

As the UK extracts itself from the EU and determines its own future from across the narrow sea that divides it from the mainland continent, demographics' role in the eventual outcome shouldn’t be forgotten in the tale of how it was achieved.