Concern about COVID-19 continues to grow, but as disciplined investors we must consider the potential for sudden shifts in market sentiment. Could greater understanding of asymptomatic infected individuals be such a catalyst?

The proportion of global news coverage about COVID-19 today easily eclipses what was devoted to US president Donald Trump, Brexit, or the trade war in recent years. Most of that news is understandably negative, and we expect negative headlines to persist for some time.

However, because we are aware of the power of contrarian thinking when investing, we have looked to balance that overriding negative sentiment in markets by examining three potential ways the narrative around the coronavirus could change.

The first, and probably the least talked about, is the number of asymptomatic carriers of the disease. This sits alongside the issue of infections being under-reported because testing is not yet available to everyone or because patients have only mild symptoms, and so are not tested and thus do not appear in the official infection numbers.

On the negative side, asymptomatic patients can still spread the virus so their prevalence hampers containment methods significantly. But more positively, a high number of asymptomatic cases would mean mortality rates are much lower than expected. So are there lots of asymptomatic COVID-19 carriers?

There have been two reliable recent test cases. One was the Diamond Princess cruise ship, on which 48% of those with the coronavirus were shown to be asymptomatic. Admittedly, not everyone on the cruise was tested: there were 2,404 tests for 3,711 passengers, with some people tested multiple times; those who were tested tended to be in the symptomatic and high-risk groups; and some may have developed symptoms at a later point. Nevertheless, it was not simply the case that only younger passengers were asymptomatic: among those aged 60 or older, 52% of the infected presented no symptoms.

The other test case was Vò, a town at the centre of the Italian outbreak. Here, the full population was tested and 50-75% of those who tested positive for COVID-19 had no symptoms. Among the young, the majority of those infected were asymptomatic. It is not clear from the limited information available if this includes the incubation period for the virus, in which those infected will ultimately display symptoms but simply hadn’t done so at the time of the test. We therefore need to assume that some incubation-period cases are included and so this may overstate the total proportion of asymptomatic cases.

Overall, there is no precise estimate yet of the proportion of coronavirus cases that remain asymptomatic. But from my own review of the literature, including the two cases above and unpublished Chinese estimates, my preferred estimate is that 40% of COVID-19 infections are asymptomatic – including instances where the symptoms are so minor that patients are never tested or identified.

Combining this with the data from the World Health Organization’s report on its mission to China, such as that 80% of infections were benign, we can build a model like this:

• 40% of cases are asymptomatic

• 48% have mild to moderate symptoms

That fatality rate compares with the equivalent figure of 0.7% in the World Health Organization report. And while it looks like a low number, it is still much higher than the corresponding rate for the flu. The rapid spread of the virus also poses the threat that cases overwhelm the medical system, which would be disastrous. In this blog, Erik has also challenged the presumption that we may be close to achieving herd immunity.

The second possible change to the narrative that we are considering is the potential effect of warmer weather on the spread of the virus. This remains a largely unproven factor, but estimates from various studies suggest that in warmer European countries this could slow the natural spread of the virus by around 20%, although in the UK its effect would be less significant. What is certain is that it will not eliminate the virus, though, so this is not a solution.

Finally, and perhaps most promising for the long term, would be a vaccine. The intensity of research here is of course encouraging, but we have not yet found a credible source that claims a vaccine will be available within a year. For the nearer term, some established antiviral drugs are being shown to have some effect on treating symptoms for those suffering from the disease. If they are proven to be reliable, and production bottlenecks can be overcome, such medication may at least reduce the pressure on intensive-care beds in hospitals and reduce the mortality rate of COVID-19.

We continue to be tactically cautious on global equities as we believe the likely outcome of the current crisis is severe. If any of these three potential developments become consensus predictions, they could spur a relief rally. But we should still not underestimate the long-term economic impact of the present disruption, and we therefore remain wary even as we plan for positive news. 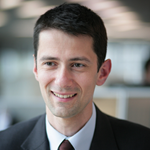