Some households in advanced economies have built up significant savings during the pandemic. Where will all that money go?

As COVID-19 restrictions ease, we believe there are upside risks to the economy if households were to run down the excess savings built up during the crisis.

What do we mean by this and are some countries better placed than others?

The US is the most extreme positive example.

Every month since then, US household income has surpassed consumption, boosting the stock of household savings relative to their pre-virus trend. This could lead to a surge in spending as social restrictions are eased. 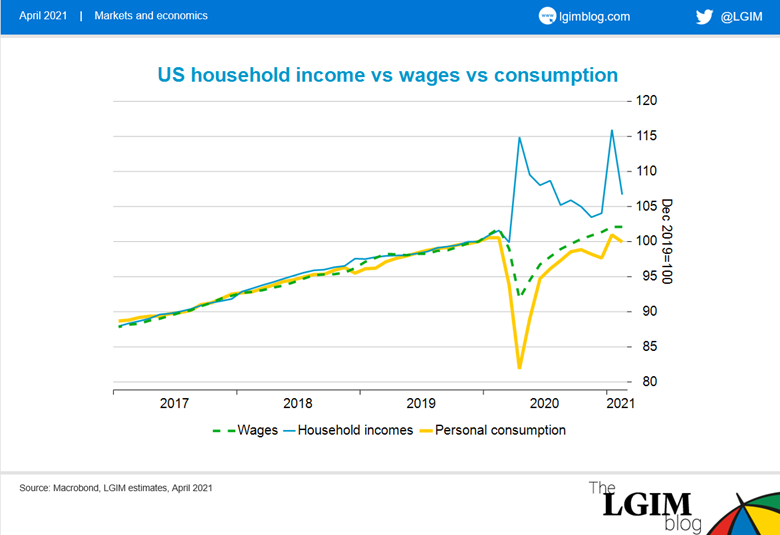 The situation in the UK and Europe is different. Household incomes have remained below their pre-virus trend. Furlough and short-time working schemes have provided a vital safety net for household incomes, but households have had less money coming in than would have been anticipated before COVID-19. 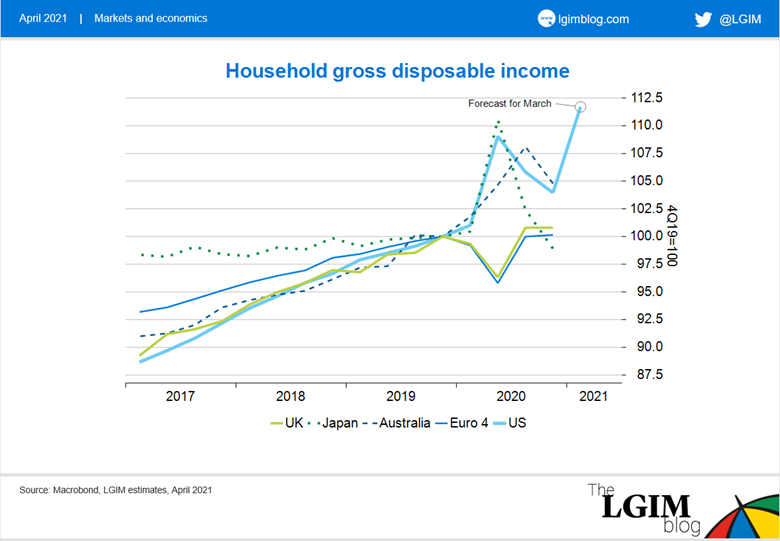 Despite this, household savings have still risen in the UK and the euro area because shop and services closures have “forced” households to save by preventing them from spending. But not only are savings lower than in the US, the distribution of these forced savings is more skewed towards richer and older households. Their incomes were more resilient during the crisis: lower-income households were most vulnerable to being furloughed than their higher-paid peers and pensions continued to be paid as normal.

Survey data confirm that younger and poorer households struggled financially and had to run down their savings, whereas their richer and older peers were able to save more. 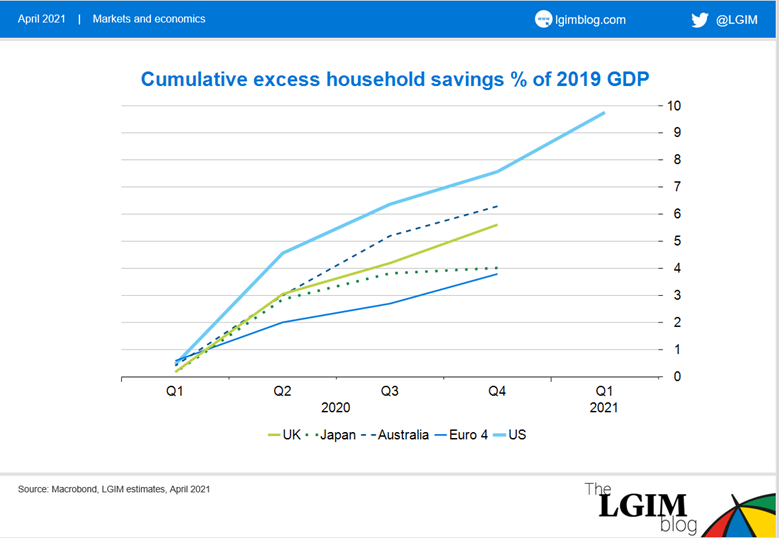 Why does this matter? Because it affects the likelihood of the excess savings being spent.

Moreover, because household saving was boosted by reducing consumption rather than stimulus cheques, some corporates have struggled. For every household that saved money by not going on holiday last summer, there’s an airline, hotel and several restaurants that lost money. So there could be some “pent down” demand from these companies as they repair their balance sheets.

Overall, we believe there are strong upside risks to consumer spending in advanced economies from excess savings. This is most extreme in the US thanks to generous stimulus cheques, but we also noted similar boosts to household incomes in Australia and Japan. Europe and the UK are relative laggards.

It’s unclear where the money will go. There are time constraints on services spending (unless our bosses allow us to take more holiday!). So maybe the retired “grey dollar” will do particularly well. Retail spending has held up well over the past year as we shifted from services to goods, and this could hold up stronger for longer. We could also see a surge in tourism prices as everyone tries to have a nicer holiday than normal, but there’s obviously limited supply.

Some of it may also seep into asset markets. We’ve already seen an increase in retail investment flows (including a frenzy in micro-caps) and the grey dollar means the “Bank of Mum and Dad” can fund housing deposits for their children.