Something remarkable has happened over the past two years: China has started to tackle its addiction to debt. With the authorities finally addressing China’s biggest economic weakness, the medium-term risk to the Chinese (and global) economy should be on the decline.

First, there were simple statements of intent. Financial stability was singled out as key priority for President Xi Jinping's second term, with growth targets being de-emphasised. Then the banking regulator issued a plethora of rules, banning banks from shifting assets off their balance sheets. Before long these rules were summarised in a unified body of regulation: the new asset management guidelines.

These changes were complemented by a revamp of the regulatory infrastructure. The banking and insurance regulators were merged and made into pure implementation agencies; the People's Bank of China was put in charge of regulation and oversight; and a newly created Financial Stability and Development Committee was placed at the top to improve coordination and close loopholes.

Finally, President Xi’s economic advisor, Liu He, was appointed head of the Financial Stability and Development Committee, making it plain to everybody that financial stability had become a top-level issue.

The effects of this new focus on debt and stability are visible everywhere. The stock of banks’ wealth management products are falling as a share of GDP. The same is true for banks’ claims on non-bank financial institutions — a measure of regulatory arbitrage activities. The AUM (assets under management) of non-bank asset managers are even falling in nominal terms. 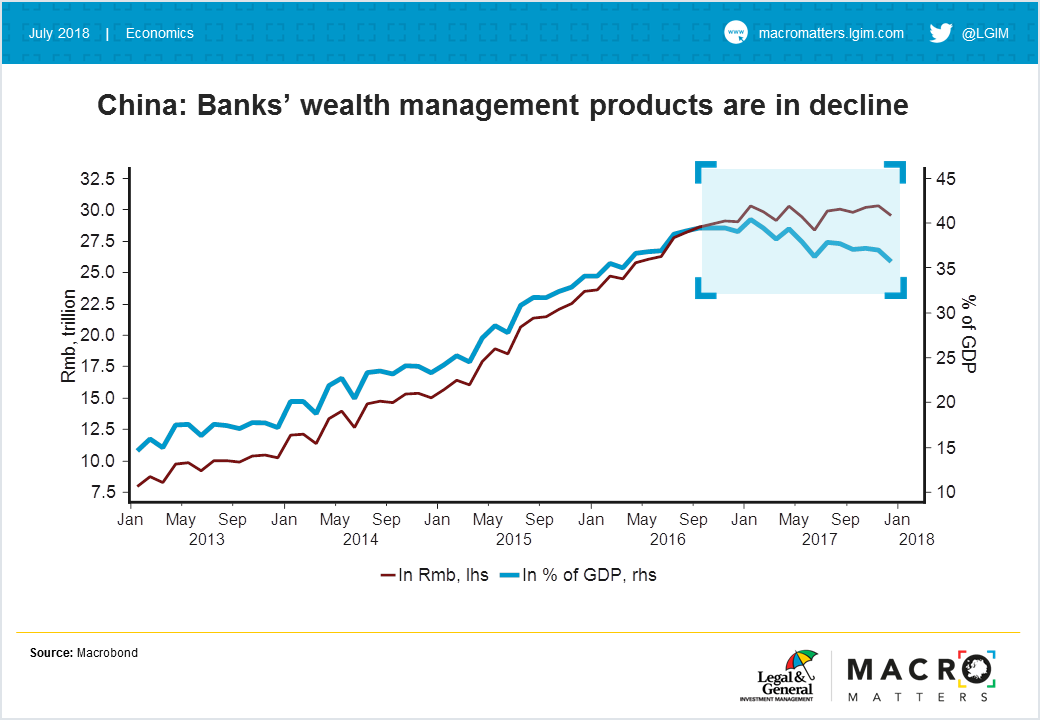 The fight against debt is not confined to the shadier segments of the financial system. The growth of official credit keeps hitting all-time lows and economy-wide leverage, as measured by the Bank of International Settlement, has stabilised relative to GDP. Corporate credit, the flash-point of China’s debt addiction, has been falling as a share of GDP since mid-2016. 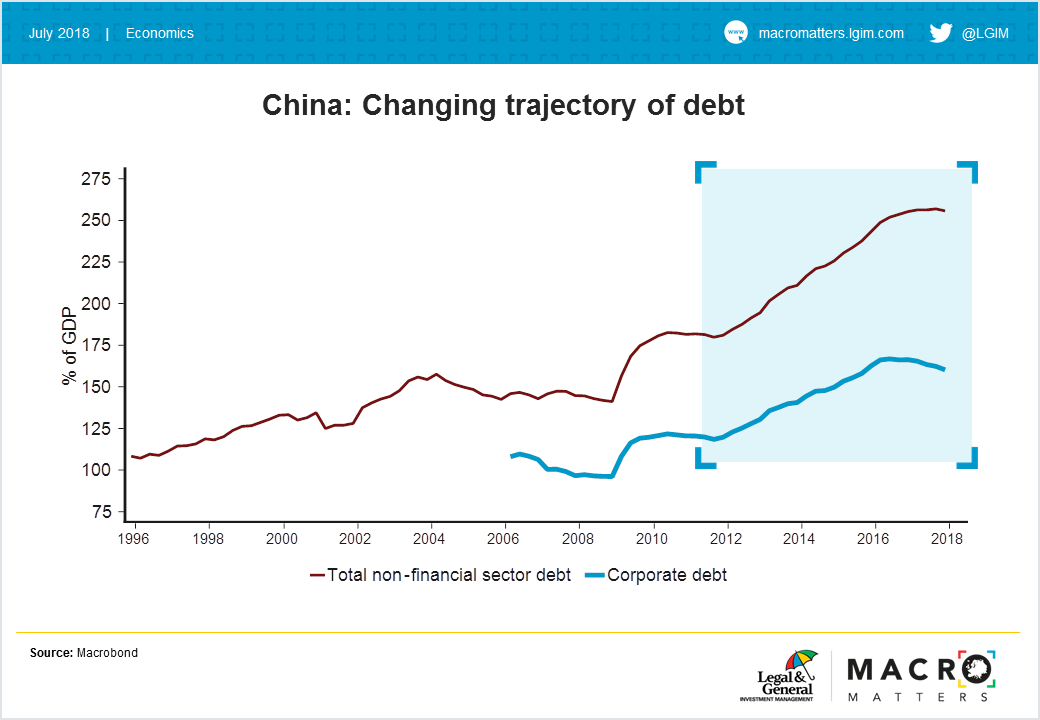 There are some caveats. It remains to be seen how committed the authorities will be to deleveraging when the global environment turns less benign. Deleveraging also puts stress on existing vulnerabilities, as evidenced by the pickup in corporate defaults, and raises the risks of accidents.

Given these risks we remain cautious on emerging market equities and long the US dollar for now. However, with the authorities finally tackling China’s biggest economic weakness, we believe the medium-term risk to the Chinese (and for that matter global) economy should be on the decline.