US and China rapprochement

The trade war has clearly disrupted trade flows, but better growth and positive signs of a deal might mean the Fed has overdone its dovish pivot

Recent data suggest the US economy might not have slowed as much feared in the first quarter and also offer some insight into the impact of the US-China trade dispute. Overall levels of US goods imports were unchanged in the first two months of this year compared to the same period in 2018, but import values from China are down 12%.

The tariffs appear to have led to trade diversion, with most of the shortfall from China now made up by a few more billion dollars of imports from Mexico, Vietnam and South Korea. This pattern of diversion should not be too surprising and matches the experience of US washing machine imports as discussed by John.

Whirlpool petitioned successfully against various countries over the last decade, but all it achieved was a re-routing of foreign production.

The good news is that both the US and China are sounding increasingly positive that a trade deal can be reached in the next few weeks. If this results in a reversal of some of the existing tariffs, it will be interesting to see if previous supply chains become re-established or if we have witnessed a more permanent shift.

The data are also impacting US GDP statistics. As the trade war escalated last year, US exports to China suffered, but imports remained firm up to year end, presumably in a rush to stockpile ahead of a potential ratcheting higher to 25% tariffs at the start of 2019. A wider US trade deficit subtracted from US GDP in the second half of 2018, but the sudden narrowing of the deficit at the start of 2019 could add around 1% to first quarter GDP growth. As recently as the March US Federal Reserve (Fed) meeting, tracking estimates suggested little or no growth in the first quarter. Hence the addition of 'economic activity has slowed' in the meeting statement. But now it is looking increasingly likely that growth maintained its fourth quarter pace of above 2% which the Fed had described as ‘solid’. Furthermore, the latest Beige Book suggests that the US economy finished the first quarter with marginally stronger momentum.

We were forced to reassess our Fed view around the turn of the year. In recent months, actual inflation has been soft and inflation expectations have remained below mandate-consistent levels. Coupled with the move towards a forward-looking average inflation target (which means the Fed is now deliberately targeting a modest overshoot in the good years to help offset the potential for inflation in the next recession) this means the Fed is unlikely to reverse its dovish pivot anytime soon.

However, with the market currently expecting the next move from the Fed to be a cut, but the downside risks to growth diminishing, we stick with our view that the next move is still likely to be up. 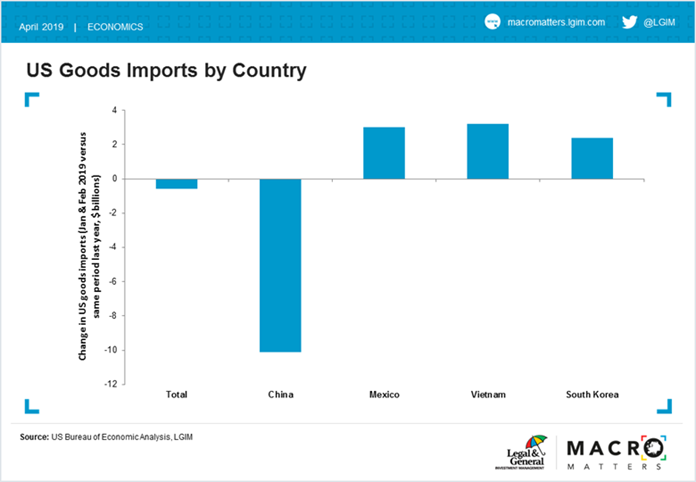 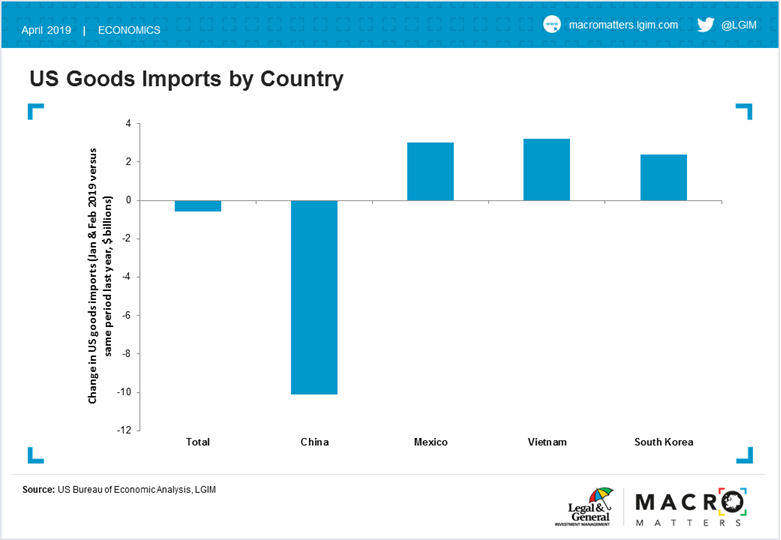