Two findings from our recent China trip stand out. First, the economy is much weaker than macro indicators suggest. Second, we believe that the authorities are planning a significant stimulus package to revive activity.

Few people watch GDP to gauge China’s cycle. Most follow a set of high-frequency indicators that are lumped together in growth trackers. These trackers suggest that Chinese activity is holding up well despite a drawn out deleveraging campaign.

However, the mood on the ground flies in the face of this narrative as we discovered during our recent research trip to China. Almost everybody has somebody in the family who has closed their business for lack of funding. Business people were desperate for financial conditions to ease. In general, the mood was sour, given tight finances, high house prices and increased levels of household debt. 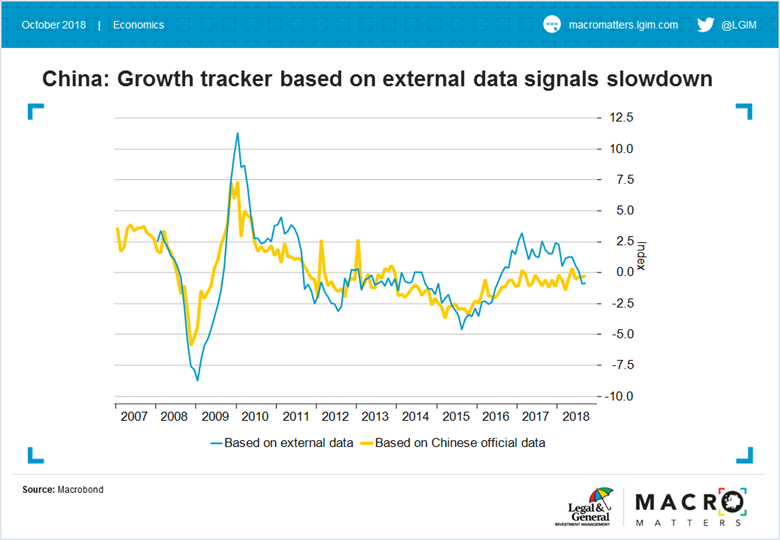 This is aligned with what we heard from the government. They acknowledged that it had been a mistake to couple the deleveraging drive with tight fiscal policies. In this light, the policymakers we met during the trip indicated that the government would step up economic stimulus. This is likely to come in the form of infrastructure investment with local government and state-owned enterprises as key conduits.

Since then, the start of this stimulus is becoming apparent in the data. The issuance of local government bonds has picked up markedly after a tepid start to 2018 and credit growth looks to have bottomed in July after almost 2¼ years of slowing down. The authorities have also cut the required reserve requirements by 100bps and suggested that more tax cuts are likely.

What are the lags involved and how could one trade the stimulus? It takes 2-3 months for any stimulus to feed through to the economy. This implies a rebound in activity this month or next. With the exception of the 2015 rebound, markets tend to react immediately to changes in growth momentum. 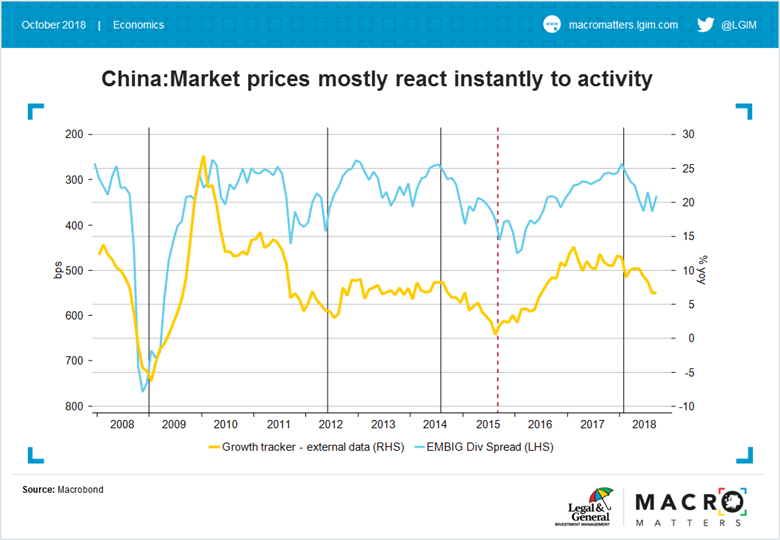 We believe that a Chinese stimulus package directed at infrastructure investment could benefit commodities, commodity currencies and emerging markets more broadly. This should be the case, even if the trade conflict dents exports and leaves headline growth broadly unchanged.