It feels counter-intuitive to say that Federal Reserve (Fed) rate cuts don’t help equities. But when it comes to the emergency kind, like the one we saw on Tuesday, a look back in history does not bode well for stock markets.

On average, the S&P 500 lost around 15% over the six months following an emergency Fed rate cut. 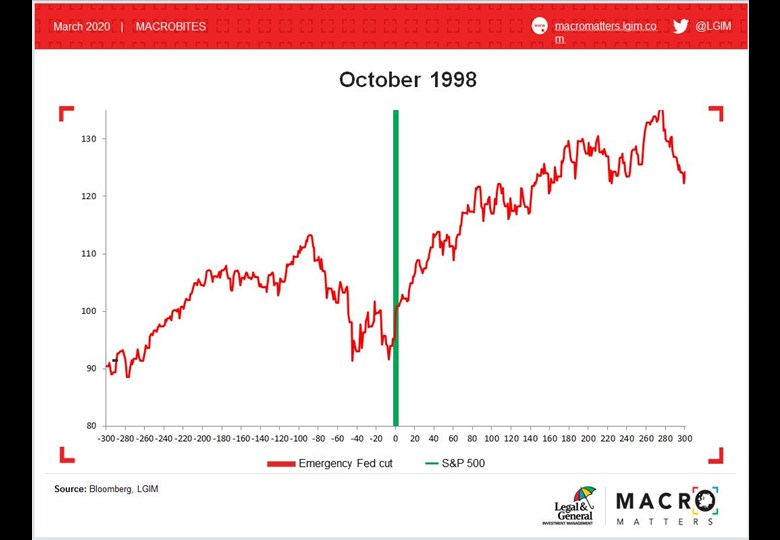 How can that be? Isn’t the Fed the superhero that comes to the market’s rescue and has done so much for equity returns?

The answer is that emergency rate cuts have typically marked the beginning of crises, rather than their end. In the recession following the tech bubble, the Fed’s emergency cuts came in 2001 – around two years before equities and the economy reached their troughs. During the Great Financial Crisis, the Fed carried out several emergency cuts, but the last one was in October 2008. This was five months before equities found their floor, about 30% lower.

There are exceptions to this pattern, though. The best-case scenarios are the responses to the LTCM/Asian crisis in 1998 and to the 9/11 terror attacks in 2001. In both cases the Fed panicked, carried out emergency rate cuts, but the economic crisis was averted. In both cases, the Fed cuts also then amplified the equity rebound. 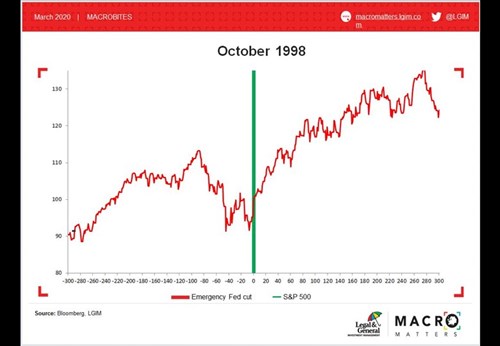 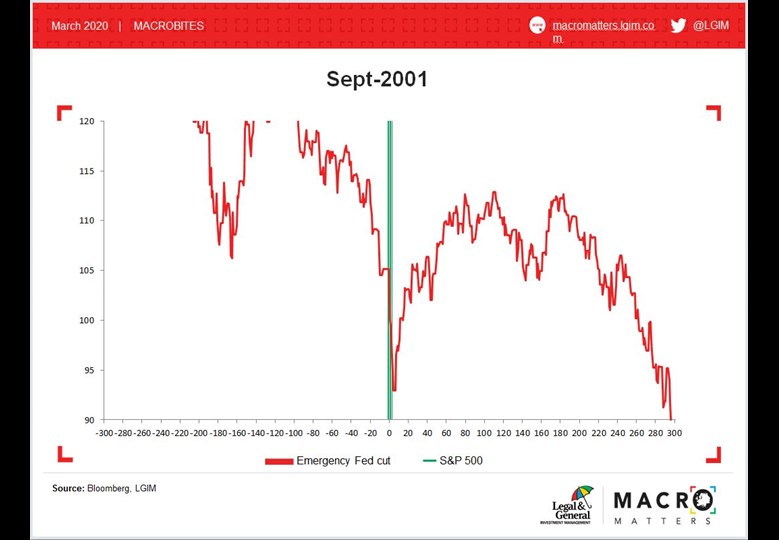 It is possible that we could follow these positive scenarios this time. If the risk of the novel coronavirus to the global economy turns out to be overblown (e.g. there is a low reproduction number for the infection), then we’re left with a smaller growth shock than expected, an economic rebound, and a Fed that may be hesitant to quickly reverse the cut and thus over-stimulate the economy.

However, as the Fed itself admits, the emergency rate cut does very little to significantly shift the probabilities around the much bigger question for equities of the economic growth path. The Fed’s decision contains no new information on this issue. At best it shows a likely proactive approach to prevent a growth dip turning into a credit crunch, which in our view reduces the tail risk somewhat.

Equity markets were not inspired by the Fed announcement. This seems fair to us and it has not materially changed our risk appetite in portfolios.