'Resource utilisation' is red hot, yet global inflation remains subdued. Is this because we’ve been reheating the economy from ‘frozen’ rather than ‘chilled’?

How long does it take to cook a pizza? It depends on whether you’re heating it up from the fridge or you stored it in the freezer. A typical supermarket pizza takes 8-10 minutes to cook from the fridge but 10-12 minutes from frozen. 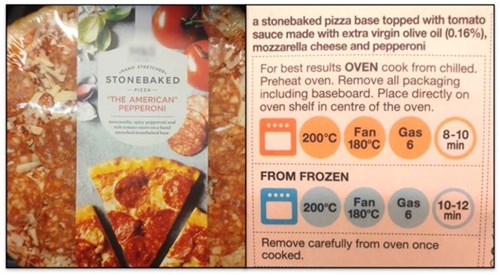 Could this explain why global inflation remains subdued despite traditional measures of resource utilisation – an average of manufacturing capacity utilisation and surveys of firms’ recruitment difficulties – being red hot?

The chart below plots resource utilisation against the trend in G7 core inflation – the extent to which inflation is rising or falling, adjusted for changes in volatility over time. 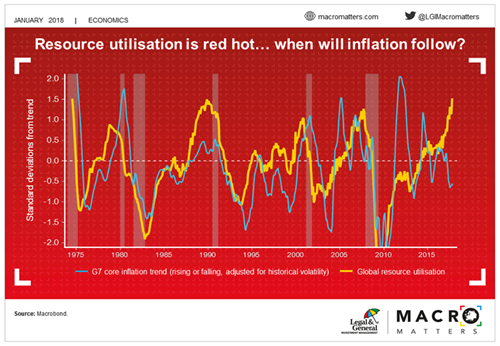 You can see that resource utilisation tends to lead inflation and is currently 'on fire' – arguably the highest since the late 1980s. Yet G7 core inflation data remain subdued, declining over the past year.

Does this suggest the oven is not working, or is it just a matter of waiting a little longer?

Have we been cooking a 'frozen' rather than 'chilled' pizza?

Perhaps we’ve been reheating a ‘frozen’ economy rather than a ‘chilled’ one. Indeed, several structural headwinds have depressed inflation expectations, akin to freezing inflation pressures:

But with the oven clearly red hot, it’s surely just a matter of time before the pizza defrosts and heats up.

One risk is that policymakers prove impatient. The pizza should be ready by now but isn’t yet. So they decide to turn up the heat. The Trump administration has already delivered tax cuts, it’s deregulating the banks and it may boost infrastructure spending too. These policies have the potential to supercharge inflation.

The pizza could get burnt

Is such action needed when unemployment is already so low? It’s akin to turning up the temperature to 220 degrees when the instructions recommend 200. It could result in the pizza getting burnt.

Apologies for the cheesy analogy...