It is possible that the virus is kept under control in Europe, but we need to prepare for the possibility that the infection spikes evident in some parts of Asia occur in Europe too.

The dynamics around COVID-19 continue to evolve rapidly. For example, better news from the US should be greeted cautiously given the second waves being seen in Hong Kong, Japan, Australia and Israel. We are also now witnessing a pickup in European cases.

These trends worry me because a mask-wearing culture is more prevalent in Hong Kong and Japan than here, but that still did not stop the virus’s spread. Moreover, all four places – Hong Kong, Japan, Australia, and Israel – had squashed the infections down to zero.

According to the “Hammer and Dance” theory, the virus is easier to control at low levels as local outbreaks can be quickly tracked, traced and isolated. But as the chart indicates, achieving those low levels did not prevent new waves. 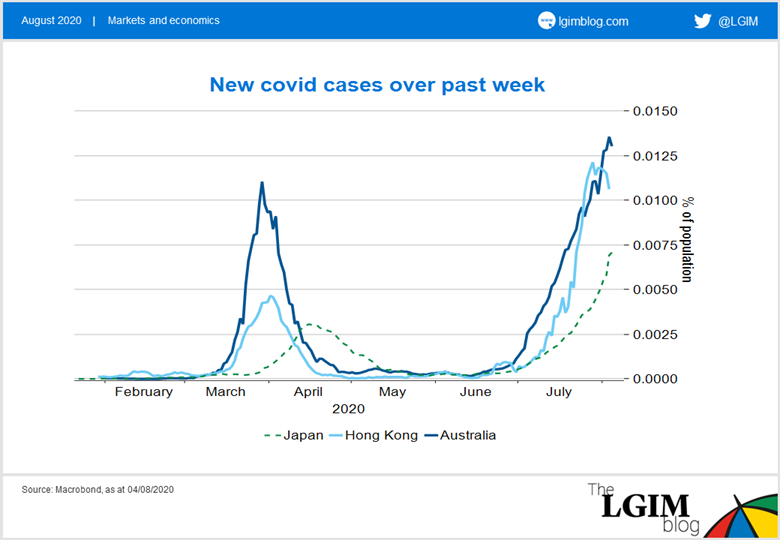 We then saw a resurgence of the virus in Spain, with the Catalonia region re-imposing lockdown measures. Belgium and the Netherlands have also seen rising virus trends. 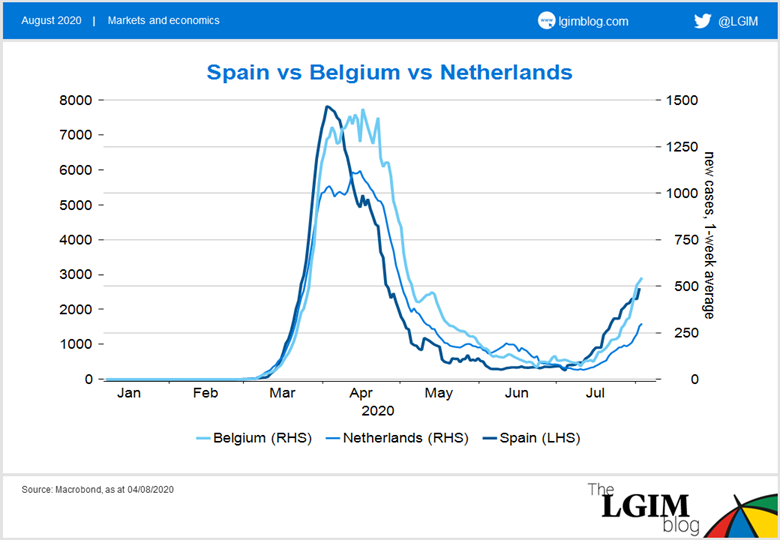 France’s data on the virus are erratic within the week, as we see spikes reflecting post-weekend tests. We’ve now had four consecutive jumps in those spikes, so it looks like a strong underlying trend there too. 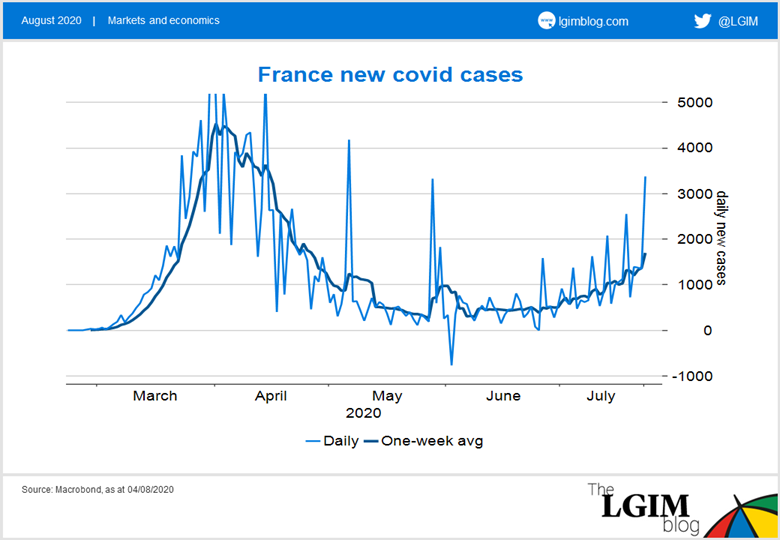 And while the number of new cases in Greece is still small in absolute terms, the trend is clearly upwards. 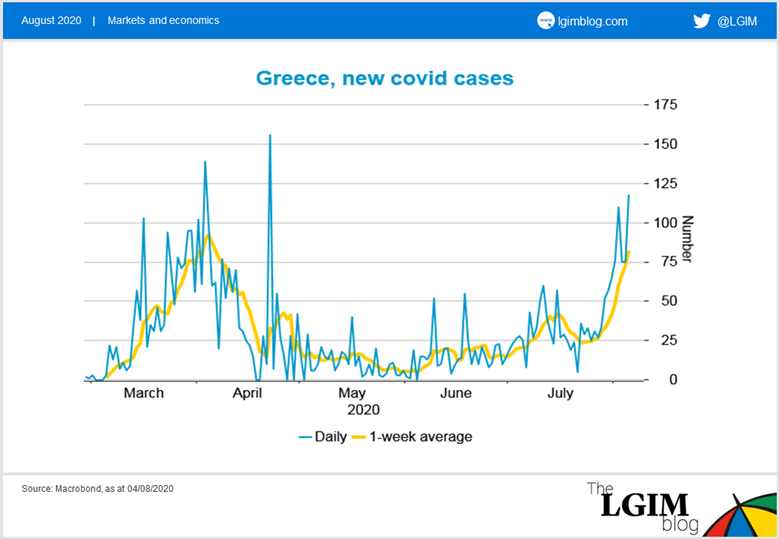 The official line from governments around the world is that today’s cohort of the infected is different from before: they’re supposedly younger people, better able to cope with the virus.

This is true. We’re testing more people than before, so we’re picking up milder cases. Back in March and April, we were only picking up seriously ill people.

Nevertheless, the number of hospitalisations has grown rapidly in Japan, Hong Kong, Australia and Israel too, suggesting the virus has not been contained to healthy cohorts but has spread to vulnerable ones too.

It’s also not just the level of infections, but the slope that matters given the virus will grow exponentially unless contained. That is why these countries have all reintroduced some lockdown measures.

It is possible that Europe’s virus trend remains under control or is isolated to healthier communities. But it could also continue to grow, especially as we head into the cooler autumn months, and spread to vulnerable groups, requiring a reversing of lockdown easing.

This would prevent the economy from returning back to ‘normal’ and increase the likelihood of economic scarring from high unemployment and bankruptcies. The development of a vaccine appears to be progressing well, but will one arrive soon enough to prevent this outcome?