Could Brazil be next?

After Argentina and Turkey could Brazil be the next emerging market (EM) that goes into crisis? Each of these countries currently has idiosyncratic weaknesses. In the case of Brazil, the fiscal deficit is in the spotlight, coupled with the presidential elections in October.

The first round of Brazil's presidential elections is six weeks away. At present, hard-left and hard-right candidates are still leading in the polls, with centrist Geraldo Alckmin trailing. What makes this particularly unnerving is that Brazil has no 'fiscal anchor': the fiscal deficit is four percentage points of GDP above the sustainable level; government debt is approaching 80% of GDP, and social outlays are on a sharply rising path. 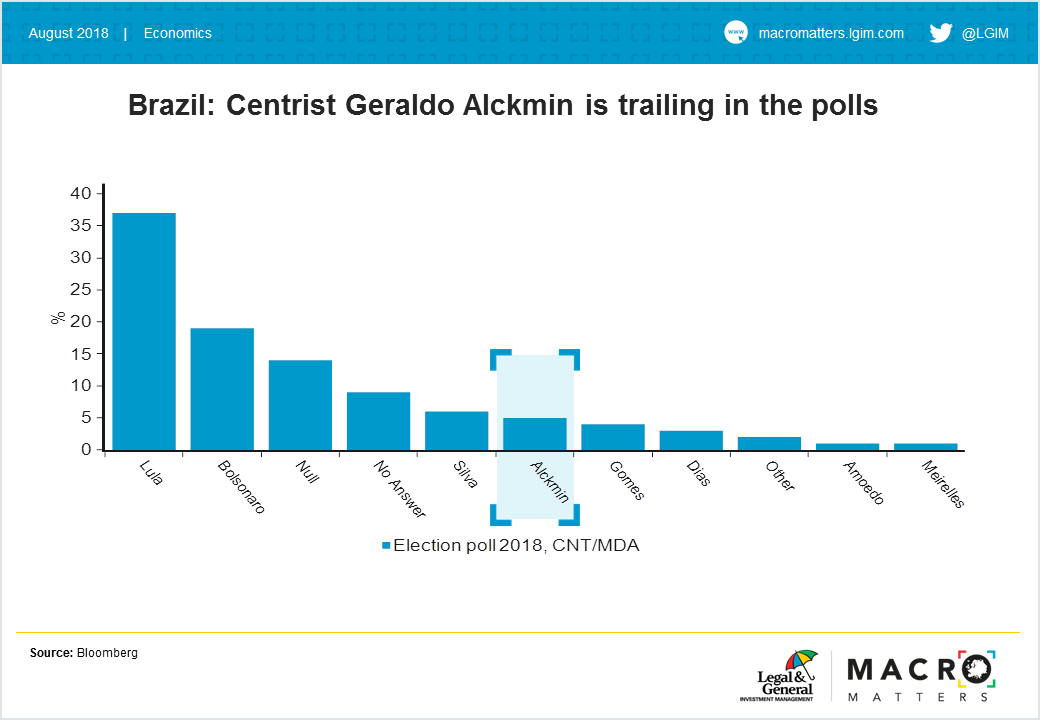 Investors are well aware of the debt dynamics, but gave Brazil the benefit of the doubt after the current government implemented some stop-gap measures. Hopes are pinned on the next government to finish the job of fiscal consolidation, mainly though a comprehensive pension reform. 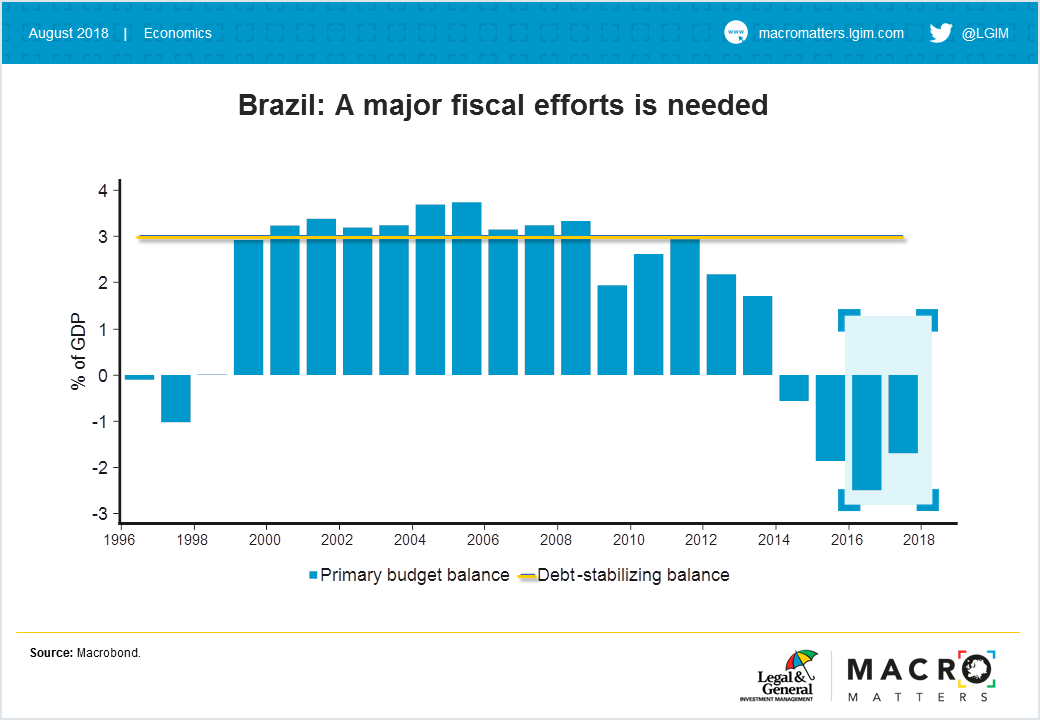 As most government debt is held by Brazilians and denominated in local currency, we believe the risk of default is small. But if the new administration fails to pass the pension reform, investors fearing the monetisation of debt could potentially dump Brazilian assets on a grand scale. This happened in 2015 when the Brazilian real lost half of its value.

However, we don't believe that a crisis in Brazil is the most likely outcome. This is because the electoral system is designed to favour centrists. Political contributions are banned; money and TV time are allocated according to parliamentary seats, and the president is elected in two rounds. Hence, the mainstream candidate of the largest coalition, Geraldo Alckmin, is expected to catch up in the polls when TV spots start next week and prevail in the final round of voting.

Still, the stakes are high and time is running out. If we don’t soon see mainstream candidates faring better in the polls, Brazil could potentially become the next Turkey, only bigger.