Chinese growth is the lowest it's been since the depths of the 2008/09 recession, although its share of the world economy has tripled since 2005. How worried should we be?

Regardless of the trade war, there is structural downward pressure on Chinese growth from its stagnating labour force.

China is only likely to grow around 6% in 2019, significantly lower than the 8¼% growth recorded in the last decade and the double-digit average growth rate of the pre-crisis decade.

How worried should we be by this? Not that much!

China's larger share means 6% growth today is equivalent to 15% growth a decade ago!

To illustrate this, there's an awesome animated chart by visualcapitalist.com showing the relative size of different economies over time and China's recent surge.

China has contributed around 1% to global growth in recent years, more than the 0.8% contribution it made during the peak of the last economic boom in 2007 (see chart below). To put that into context, the world economy has grown by 2¾% on average over the last 30 years. So China is accounting for around 1/3 of global growth. 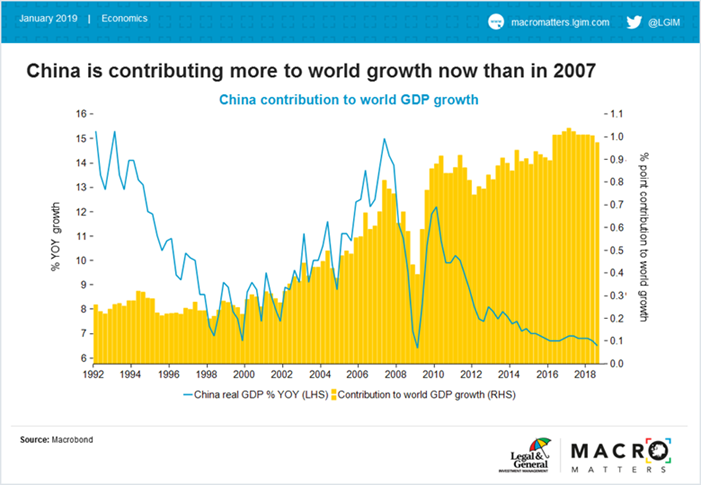 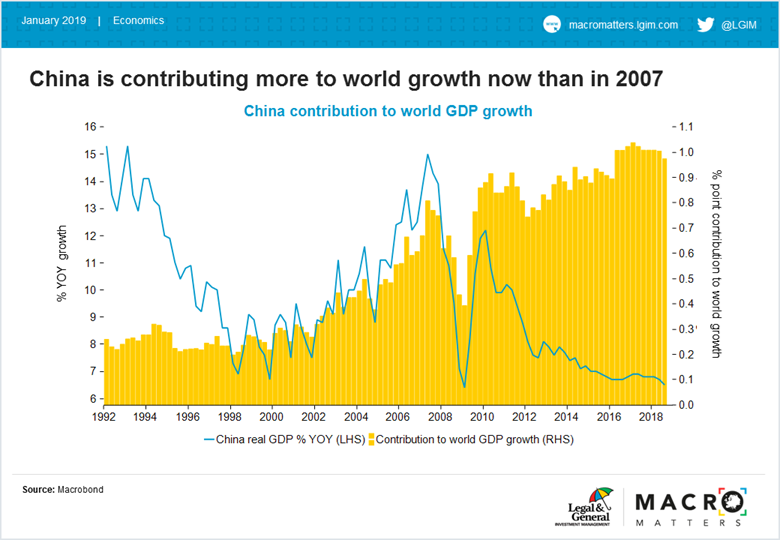 What happens next? The medium-term outlook for China is mixed. The surge in debt over the past decade signals trouble ahead. But with China running persistent current account surpluses over that period, the debt is held internally rather than externally. So it is more likely to suffer a Japanese-style ‘lost decade’ with zombie firms clogging up its banking sector than a sharp crash typically seen in externally-indebted emerging economies like Brazil when foreign investors refuse to rollover their loans.

Another similarity China has with Japan is its progress in technological development and high R&D spending, something the US government sees as a threat.

The big positive is that China as a whole remains under-developed. Although its workforce is stagnating, there still seems scope for productivity to catch up. In absolute terms, China's GDP per worker is the same today as Japan in 1970, Taiwan in 1986 and Korea in 1990 (see chart). Their labour productivity grew by 5% over the next decade. Relative to today’s technological leader, China is even further behind - there was no internet back then! So US GDP per worker is much higher now. 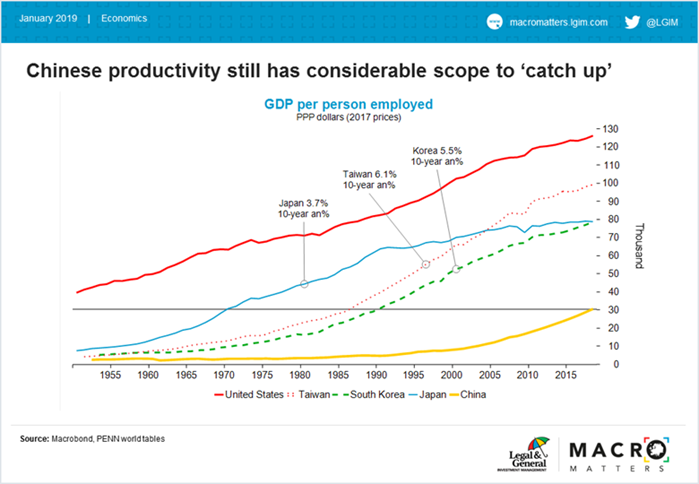 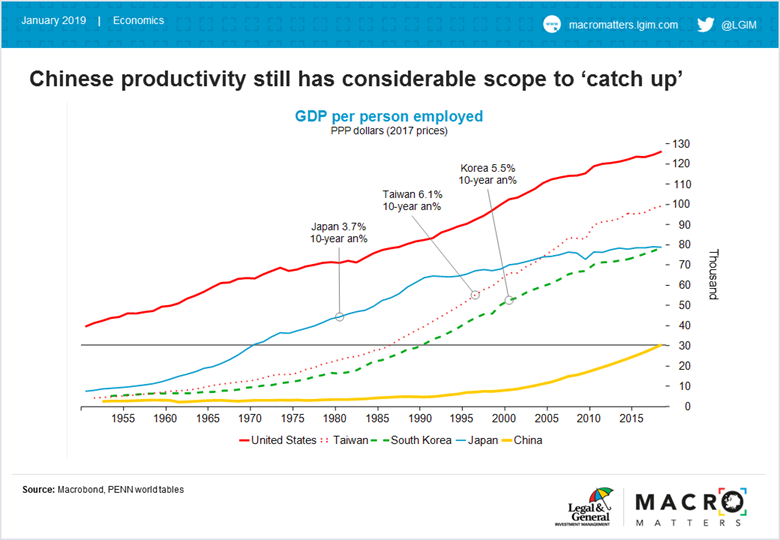 If China were to grow by 5% per year over the next decade, it would still contribute about 1% to global growth. This would help counter the drag on the world economy from ageing demographics we have previously identified.

Although the global and Chinese labour force are slowing in number, Chinese workers can still become more productive as the new generation is better educated and has greater access to technology than the previous one.

Indeed, a more significant medium-term danger is the Thucydides trap whereby the incumbent power (the US) feels even more threatened, leading to potential conflict.