China tech... are these the largest companies you’ve never heard of?

Today’s China no longer matches the traditional view of the country. And nowhere is this more the case than in China’s burgeoning technology sector. But does the trend have further to run?

Despite slowing overall GDP growth, a dramatic shift in the underlying mix of goods and services of unprecedented proportions is underway in China. Accessing the right sectors and companies is therefore crucial, as the world’s second largest economy transitions to the next era.

With a middle class that has already grown to the size of America’s, the scale of change in China is often underappreciated. This rising middle class  is more demanding of instant service and is geared towards a digital economy. There are many instances where China has developed an ecosystem that can rival that of America’s. For more analysis on this rising theme, the sector implications, and broader Asian demographic change, please see our recent Long-term Thinking articles on China and Asia.

China has its own equivalent of Google, Facebook and Amazon: Baidu, Tencent and Alibaba

The technology sector is an excellent case in point. China has its own equivalent of Google, Facebook and Amazon. These are Baidu, Tencent and Alibaba. Each of these companies has a similar level of market value, or capitalisation (cap), which is in excess of $500 billion (compared to the combined market cap of all FTSE 100 companies at $2 trillion). Each caters to a much larger addressable market of close to 1.4 billion Chinese. Furthermore, their reach is spreading to surrounding regions in Asia. 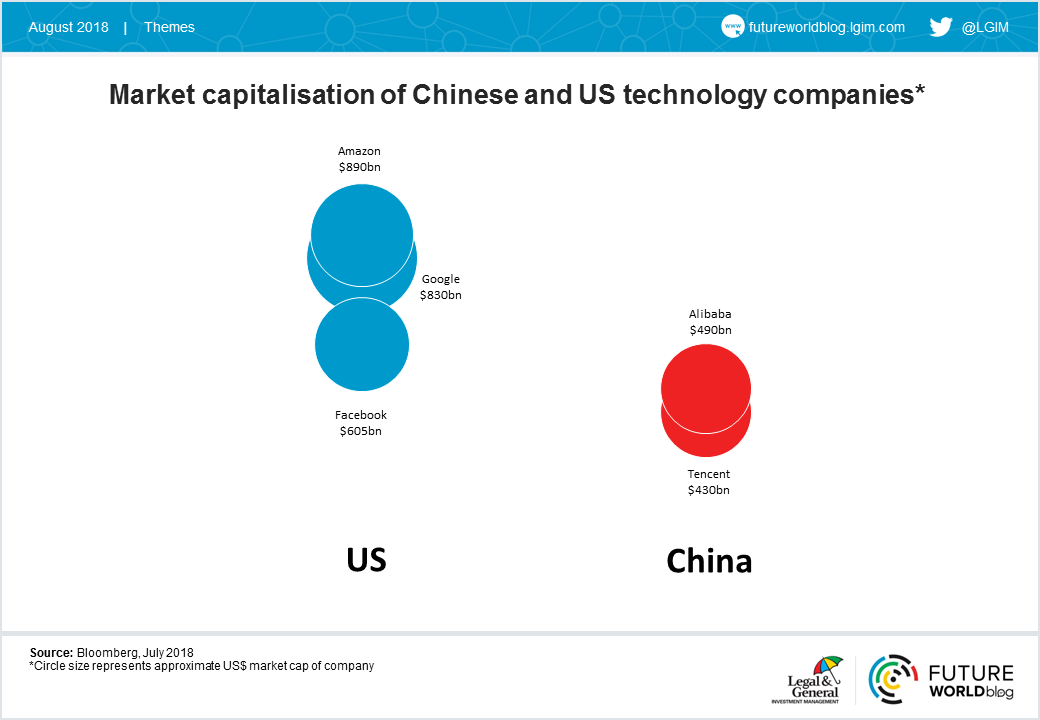 During the initial phases of a technological revolution in China, the Chinese government protected their local market, preventing Google, Facebook, Amazon and other US tech giants from accessing the Chinese market, thereby allowing local players to catch up. Today, each of the Chinese mega-cap companies have developed their own strongholds in China and may rival and surpass their Western competitors. These companies specialise in everything from online shopping, cloud computing, instant messaging, social media, artificial intelligence, ride-hailing apps and even autonomous vehicles.

In an environment of rising income levels, over 800 million smartphones (four times the number in the US) and openness towards technology adoption, these technology companies have are helping to drive the next leg of growth in the Chinese economy.

As an example, most people in major Chinese cities use a smartphone to pay for most things. At restaurants, a waiter will ask if you want to use WeChat or Alipay — the two smartphone payment options — before bringing up cash as a third, remote possibility. Just as startling is how quickly the transition has happened. Only three years ago there would be no question at all, because everyone was still using cash.

In 2016, China’s mobile payments hit US$5.5 trillion, roughly 50 times the size of America’s $112 billion market, according to consulting firm iResearch. While Tencent does not break out what it makes from mobile payments, in the fourth quarter of 2016, the ’other services’ item in its earnings almost tripled from a year earlier to 6.4 billion renminbi, or US$940 million, driven largely by mobile payments.

Although each of these metrics have developed rapidly, multiplying several-fold just in the last couple of years, we believe there is still a tremendous way to go as China’s affluent class moves ever more online, doing everything from shopping, to payments, to booking trips, entertainment and much more. Investors should watch this space.

Shaunak joined LGIM's Global Equity desk in 2014. His funds are high-conviction portfolios focused on fundamental bottom-up analysis. Shaunak joined from Asian Century Quest (a multi-billion dollar long/short equity hedge fund based out of New York, spun out of Maverick Capital) and has over a decade of buyside experience. Shaunak started his career in investment banking at Morgan Stanley. 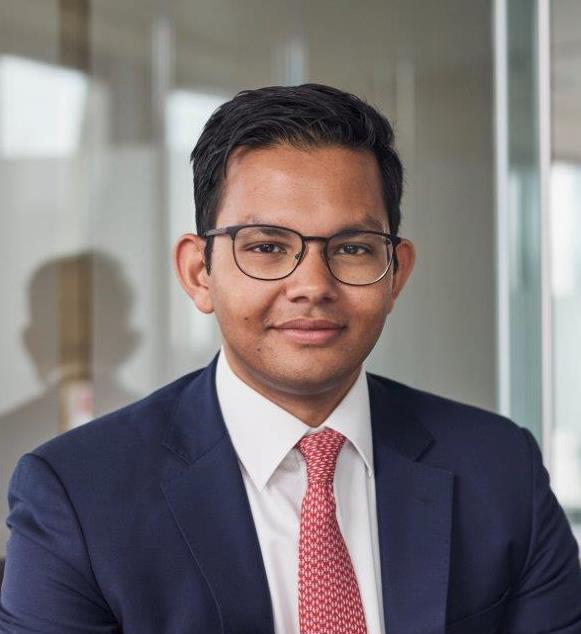