A shift to the right?

The rise of populism is driving a new political paradigm. But what does this mean for markets? Could more volatility and higher risk premia across asset classes be round the corner?

The rise of populism has been a key focus point for the team over the last two to three years. We have written many blogs about the new political paradigm. Populism is fed by a deep feeling of disappointment in large groups within society. People are disappointed in the establishment, by the stagnation of real incomes and by poor perceived future growth prospects. As has been the case very often in history, migrants and minority groups are an easy target for populist politicians to use as scapegoats. 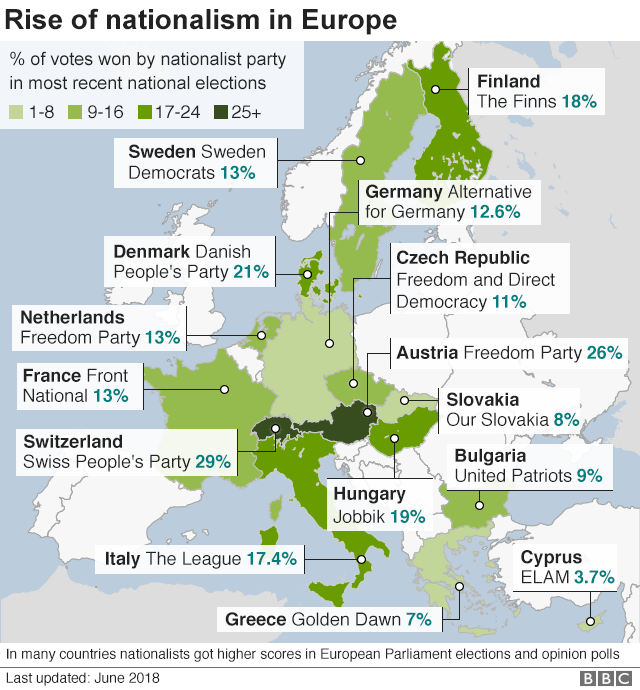 Sweden’s general election took place on 9 September. After four years of a centre-left, minority government led by the Social Democrats, the political landscape has shifted significantly. Despite the economic boom, the Swedish electorate has shifted to the right, with a surge in support for the far right anti-immigration, Eurosceptic, Sweden Democrats. Immigration and law and order became key electoral issues following the large increase in immigration over 2015 and the uptick in crime recently. The next Swedish government will probably be formed by a coalition from the political mainstream, but the sign of the times is clear: fears of immigration are putting massive pressure on mainstream politics across the developed world.

It’s a symptom of a broader problem, where mainstream politicians have failed to understand the electorate's concerns and left space for populist approaches to gain a foothold. It’s an unfortunate, timely reminder of the ongoing risks across developed markets and of the importance of diversifying our political risk appropriately through portfolio construction. Europe's migration debate has a structural cause: the rapid growth in the population of under-35s across the countries in Africa, the Middle East and Asia that is the starting point for migrant flows.

What does this mean for markets? We believe that repeated flare-ups in political risk due to immigration are highly likely (with the German CDU vs. CSU party battle, Italy, and the Sweden Democrats particularly in focus). Moreover, we think there is underpriced sovereign risk in Eastern Europe: with populist governments in the Czech Republic, Hungary, and Poland. We also believe that core European interest rates are likely to be kept anchored by weak trend growth and bouts of political instability.