The West has imposed a barrage of sanctions on Russia, from hampering its central bank to cutting off some of its banks from SWIFT. What effect will these steps have?

As Russian tanks rumbled into Ukraine, Western nations responded with remarkable speed in announcing sanctions on Russia, its leadership and economy. In the latest blog post in our series on the conflict, we look at the scope and impact of these measures.

The most significant step taken has been to limit the Russian central bank’s use of its $630 billion in foreign currency reserves. As of mid-2021, some 35% of these were held in gold or China’s renminbi.

Even though this percentage may have increased significantly since then, we believe such funds are no substitute for G7 currency reserves, which are now frozen, when it comes to stabilising the rouble. There is no liquid market that trades renminbi against the rouble, while gold cannot be used for currency intervention.

This measure has contributed to the massive drop in the rouble seen since the conflict began. In reaction, the central bank was forced to double interest rates to 20% and introduced capital controls.

We expect the currency depreciation, and other measures outlined here, to prompt inflation in Russia to jump to at least 15% by year-end, from 9%, and for the overall economy to contract by at least 5%.

If energy exports continued to flow, the country could pay its private and public dollar debt falling due over the next 12 months. We see its 2022 current account surplus at $200 billion, with external debt falling due at $150 billion. But Russia has lost its willingness to pay.

Some 80% of Russian banking sector assets have been placed under varying degrees of sanctions, according to Morgan Stanley. In addition, more lenders are being cut off from SWIFT, the global payments messaging system.

Yet Sberbank, Russia’s largest bank, and Gazprombank, which is very involved in the energy trade, have not been cut off, presumably to allow rerouting of certain payments and to safeguard Russian energy exports.

These sanctions could affect trade flows between Russia and the rest of the world via trade credits. Global banks have some $120 billion of claims on Russia, with some contracts stating that the means of payment is SWIFT.

Exports to Russia don’t matter much to the world economy – Russia’s GDP is about as big as that of Spain – but disruptions to Russian commodity exports do.

Investors from G7 nations are no longer able to trade or buy new Russian sovereign debt. We see little economic impact from this move.

In addition, the West has sanctioned oligarchs and politically connected individuals.

What is the private sector doing?

Companies from BP* to Apple* are distancing themselves from Russia, either by exiting stakes in Russian firms or ceasing to distribute their products in the country.

We see this as politically sensible – and financially practical in many cases, as the rouble tumbles and the Russian economy heads into recession.

Outside emerging market indices, Russian companies account for an increasingly minuscule percentage of our investable universe for credit and equity securities.

Even indirect exposure to Russia is limited, with only a small number of companies generating significant revenues from the region. Some of these, such as Raiffeisen Bank*, have stated a commitment to their Slavic operations; there are several others, mainly in the consumer sectors, which may choose not to exit Russia unless further sanctions are applied.

Overall, the most significant implication of this conflict for investors and companies alike is the impact on already-high energy prices. Some utilities will feel the pinch here, but oil and gas providers will likely benefit.

How has Russia responded?

Currently, foreigners hold about $20 billion in Eurobonds and $40 billion in local currency government bonds. Default of these bonds is likely, in our view.

Apart from the central bank’s FX reserves and foreign direct investment, which tends to be very sticky, Russians held $520 billion abroad as of end-Sep 2021. Some of these holdings are likely to shift to jurisdictions “safer” from the risk of sanctions (such as Russia, China, and the Middle East). Some $190 billion were in the form of deposits, $160 billion in the form of loans, $80 billion in bonds, $40 billion in trade credits and $30 billion in equities.

In retaliation, Russia could discontinue some commodity exports to hurt the West. The country is a key player in global energy, metals and agriculture markets. For example, we believe Russia could end all gas exports and would still run a current account surplus.

Depending on the course of the conflict, though, the West could decide that import bans of Russian commodities is a cost worth bearing. The key impact would be supply bottlenecks and higher commodity prices, in particular oil and gas prices.

In this case, we believe the impact on certain European companies would be more significant, but still relatively minor in aggregate.

Unless otherwise stated, information is sourced from LGIM analysis and Bloomberg as at 2 March 2022. 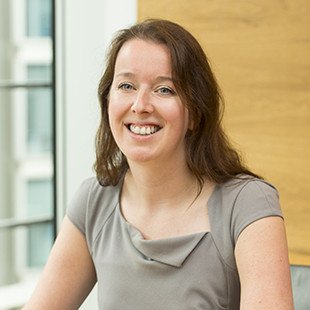