Are SeLFIES (Standard of Living Indexed, Forward-starting Income-only Securities) a potential alternative to other retirement investments?

The Economist recently published a piece (May 17 2018) entitled “Will selfies stick?” Despite what the title may have implied, this was not an examination of millennial self-portrait trends. As we set out below, the article looks at a proposal for a new type of investment providing annuity-like income at retirement.

In their paper, the Nobel laureate in economics Robert Merton (of Black-Scholes model fame) and Arun Muralidhar (of Georgetown University) explore the idea of Standard of Living Indexed, Forward-starting Income-only Securities (“SoLIFSIOS” probably wouldn’t have turned as many heads).

The idea is for governments to issue bonds that pay nothing until a set date in the future (the investor could buy SeLFIES throughout their working life where the first payment roughly coincides with retirement). Over the following 20 years (roughly the average retirement length) the owner receives payments based on the number of SeLFIES they have purchased (potentially with inflation-like linkage). The product’s cashflows could therefore resemble an annuity but without the government bearing the cost of the mortality element (people living longer than expected) usually borne by companies (in the case of DB schemes) or insurers (in the case of annuities).

So why might non-DB scheme future pensioners (read most people under 40) want to picture themselves investing? At the current time, the answer is that they may not want to – yields are low and accordingly the cost of such a bond would be high with a relatively low projected annual income. I estimate that for someone retiring in the UK in 30 years’ time, an income of £30k/year for 20 years (uprated by inflation – see chart) would cost c.£1.1m today. Add to this the fact that most people invest in equities in the belief that the returns will be higher than those available in the bond market and the opportunity may seem less appealing. 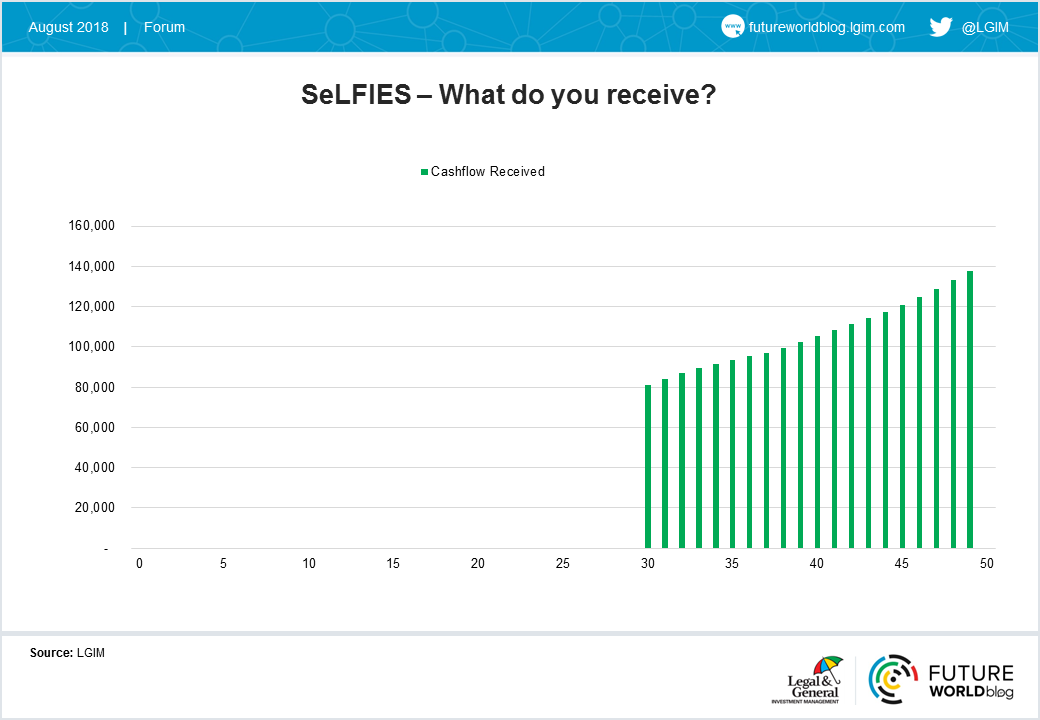 In order to receive 'guaranteed', 'DB-like' retirement incomes without being part of a DB pension scheme, investors can buy fixed-term annuities – a well-established market in the UK. As per a DB scheme, investors receive regular fixed income over a chosen period. As mentioned above, SELFIES could provide some additional flexibility in terms of purchasing these future cashflows throughout your working life. In addition, SELFIES are proposed to be inflation-linked and you would theoretically be able to pass them to future generations or even sell them. These last points would make them more flexible than DB pensions and annuities which are either not transferrable or the next of kin receives a reduced benefit on death.

Governments should also take heed given the attraction of being able to fund themselves for long-term investments – infrastructure, for instance  – while also avoiding potential future pension challenges.

Answering The Economist’s question without a concrete proposal is difficult. However, given the inter-generational divide caused by the diminution of DB pension benefits and the potential for future government funding and pension crises, SeLFIES could well be worth taking a look at.

When I’m not geeking out on all things LDI I’m either hacking my way round a golf course or slowly learning French. I’m always happy to chat about pensions, markets and rugby. 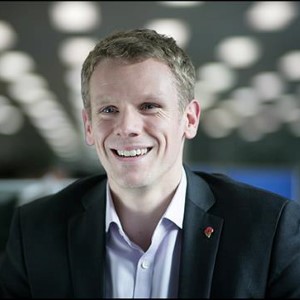