'Twas the nightmare before Christmas, when all through the House, Tory rebels were stirring.

After last year’s Christmas lockdowns, we all hoped for a normal festive period in 2021. However, public sentiment has now shifted somewhat to a mixture of frustration and concern.

The frustration is the product of alleged lockdown rule-breaking from senior governmental officials. The perceived double standards are hitting approval ratings and could make it harder for ministers to impose meaningful restrictions in the winter wave. The Tory rebellion of nearly 100 backbenchers during the recent Commons vote on vaccine passes was the largest that this government has faced so far.

The concern stems from the Omicron variant which, we estimate, is 3-4 times more infectious than Delta. Its exponential growth path could see cases doubling every 2-3 days. If even 1% of those cases require hospital treatment, the NHS could be overwhelmed within weeks.

The announcement of ‘Plan B’ on 8 December required most people to work from home, wear masks in public places, and use vaccine passes to access nightclubs and other larger venues. On top of that, it’s no surprise that the booster roll-out has been accelerated and rumours of ‘Plan C’ measures are already growing louder.

While restrictions to date remain relatively light, the hospitality and retail industries are already warning of a negative impact at a normally bumper time of year.

Despite that, we are not particularly worried about another round of debilitating job losses for several reasons:

Taken together, we believe those factors make a deflationary uptick in unemployment much less likely than when COVID first hit in 2020. It is worth noting that the UK unemployment rate fell steadily through the Delta wave and associated ‘pingdemic’ this summer. We expect similar resilience this time around.

Starting with equities, we are not minded to sell either UK or global equity exposure on the back of this risk. The headlines are clearly concerning, but we don’t think we’re likely to see this crystallise into something which drives up unemployment and risks another recession.

In the FX markets, we remain neutral on sterling against other major currencies. The pound has been on the back foot for the past two months, but this is more due to the oscillating messages of the Bank of England (BoE) than anything about the UK’s COVID situation.

We are also sanguine about the potential impact of Omicron on UK rates. Due to similar BoE-related reasons, gilt yields have fallen back around 20 basis points versus other markets since mid-October. That has dragged long-dated yields to their lowest levels since the beginning of the year.

The Omicron variant is a serious public health risk for all of us. For the government, it has also become a serious political risk given the ‘Partygate’ scandal and the scale of the backbench rebellion. But at present we struggle to identify any particularly serious market implications.

Nicola is a fund manager in the Asset Allocation team, joining LGIM in 2018. Unusually for the industry she has a history degree and a near photographic memory for pop culture. Unfortunately, she was told to mime in her primary school choir – so great in a quiz, rubbish at karaoke. 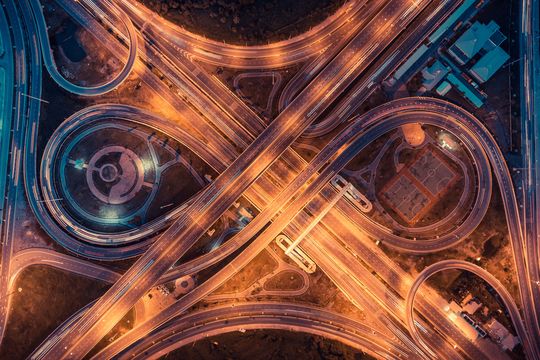 Expect profound changes in 2022 and beyond that will create both risks and opportunities for...
By Sonja Laud
10 Dec 2021
3 min read