In this blog, we look at pension funds' liability valuations.

Before we proceed any further, I should set this straight – we are not proposing a return to the demised benchmark. However, the ‘risk-free rate’ (RFR) review and transition in recent years had a somewhat obscure impact on the liability valuation of a pension fund – which raised some interesting discussions during the rapid appreciation of gilt valuations versus those of swaps back in the fourth quarter of 2021. 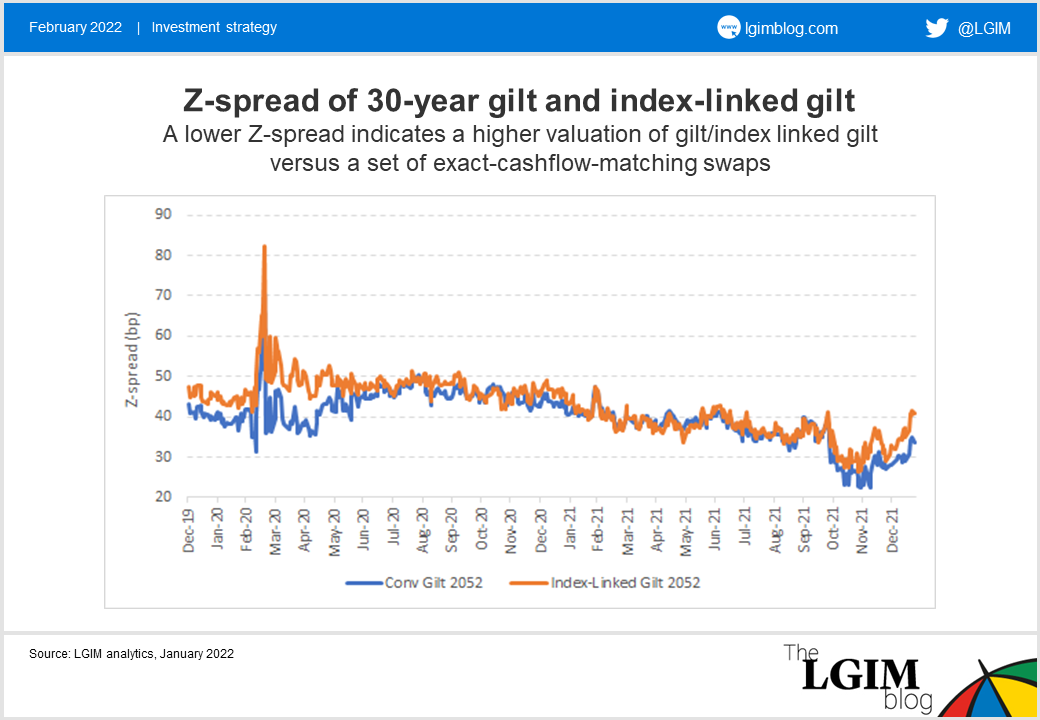 Strictly speaking, yes – even at the richest gilt versus swap level observed in November/December 2021.

However, adjusting for the technical differences (which are explained further below) between OIS and gilts, using swaps as a valuation basis on some of the dates in November/December 2021, provides lower liability valuations.

The chart below is a simulated history of the difference between liability valuation using gilts and OIS adjusted with the LIBOR fallback assumption. It is fair to assume, had RFR reform not taken place, a swap valuation basis during that period would plausibly have produced a lower present value of pension liability cashflows. 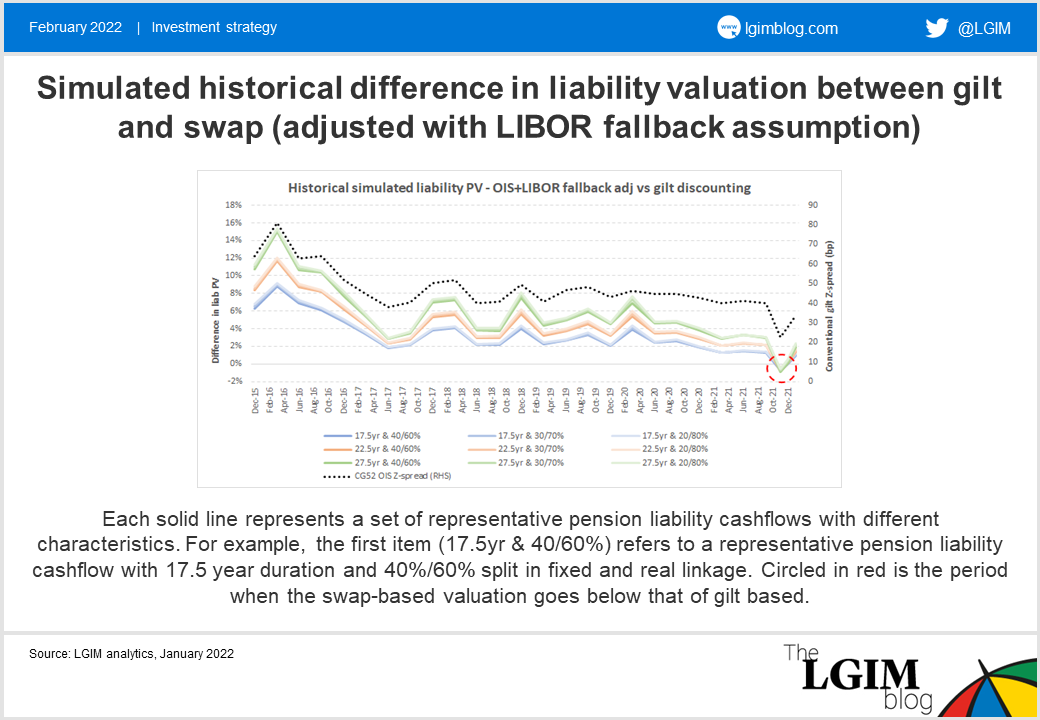 What is this technical difference?

OIS swaps are benchmarked to transactions that are of one business day maturity.[1] Combining this definition with the daily cash-margining requirement, the payment frequency of an OIS swap is effectively daily. In contrast, gilt coupons are paid semi-annually (which is similar that of the six-month LIBOR swaps).

Therefore, a periodicity adjustment is required when comparing the yield/swap rate of the two instruments for the purpose of evaluating the relative values. Whilst it is hard to assign an exact long-term value for such adjustment, the LIBOR fallback effectively put that at 0.2766%.

Perhaps neither valuation basis is important?

Liability valuations are never as simple as discounting a set of fixed and real liabilities based on a set of market pricing curves. The simulation above, therefore, will not capture the idiosyncrasies of every pension scheme to justify a switch of valuation basis overnight. In fact, one of the big changes since LIBOR was commonly used as a basis is the fact that pension funds are now so much closer to a bulk purchase annuity (BPA).

As we know, a BPA basis is significantly harder to break down given it involves a large credit element as well as insurer pricing specifics. Hence, as pension schemes focus more on cashflow-driven investment strategies and BPA, future conversations around pension liability valuation bases will likely move on from just considering gilts versus swaps valuations to include credit valuations too, with its knock-on impact on the most appropriate asset strategy. In addition, it will also be increasingly important to know how to measure the proximity to a true BPA basis and how best to match that.

Wilson is responsible for structuring liability-driven investment strategies for both pension schemes and insurance clients. Wilson joined LGIM in 2009, starting in the index fund team and later became an index fund manager before moving to the LDI team in 2013. Prior to this, Wilson started his career as a performance analyst in State Street Bank and Trust Company (Hong Kong) in 2005. Wilson is a CFA charterholder, holds a bachelor's degree in professional accountancy from the Chinese University of Hong Kong, and is a certified Financial Risk Manager (FRM). 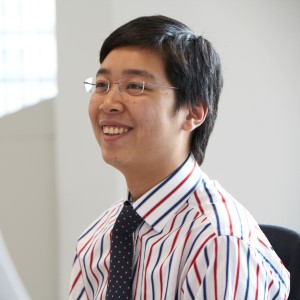