How office valuations are staying steady amid working from home

During the first lockdown, it seemed as though working from home was going to be the future. The evolution of hybrid work trends suggests less reason for pessimism about the future of the office.

Commercial property investors were regularly told the office was dead, and that a return to old working patterns was never going to happen. Many office workers were surprised how easy the transition was, both from a logistical and IT perspective.

As we are now (hopefully) emerging from the pandemic, the sentiment is very different[1]. Average time spent in the office continues to increase, albeit at a slower pace than was seen earlier in the year. This reflects how gradual the return has been. The UK remains the European outlier, for reasons including the disincentive of central London commuting times, though it’s closing the gap with other countries.

Trends are evolving. Many companies introduced hybrid working, but fewer employers are preventing staff from returning to the office, and fewer people are making the choice to stay at home. According to surveys, around 50% of office workers in Continental Europe are in the office full time. For the UK, that percentage is in the mid-30s.

Where do we go from here?

Longer-term trends remain difficult to predict, as does the future of the pandemic, but we believe there are clear signs that workers want to come back to the office – which is a far cry from the tone of commentary in mid-2020.

The following chart shows the movement in prime yields for offices in major European cities. Despite all the negativity around the sector and questions about the future need for space, there has been no impact on valuations since the pandemic started. 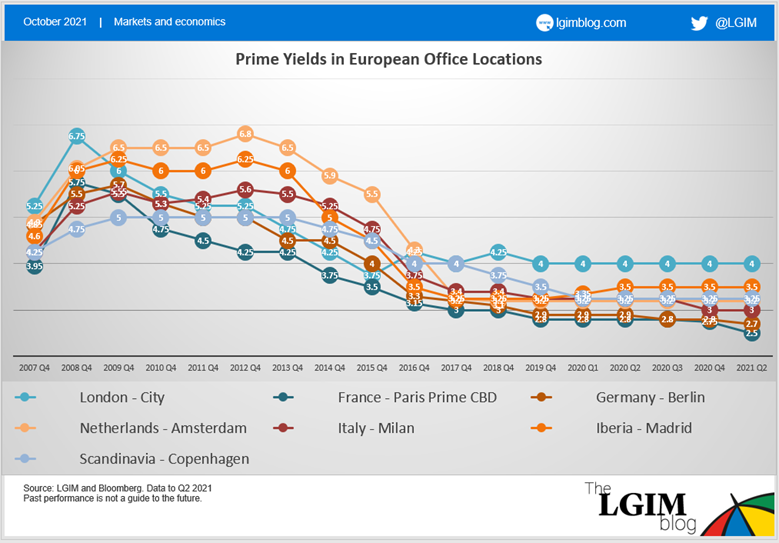 Transactions have been limited, with companies focused more on developing their own buildings – which both generates higher yields and usually guarantees green credentials.

Second-tier markets could see their rents fall in real terms, we believe. Such weaker locations have ageing stock and are seeing fewer new developments.

That said, in a world of low bond yields, the technicals around European office valuations remain very supportive. The “yield gap” between the risk-free rate and property yields is likely to remain a strong counterbalancing force, in our view, keeping yields rangebound for the foreseeable future. Office valuations do not appear particularly challenged here, we believe, and are considerably assisted by the low-rate environment.

In conclusion, working from home may be here to stay, but not to the extent once thought. Buildings will need to cater for more flexible working patterns, but that won’t necessarily mean less demand for space. And there’s still demand for a few drinks with colleagues in the bar around the corner after a tough day.

[1] This is a credit analyst assessment and may not represent views from the Real Estate team. 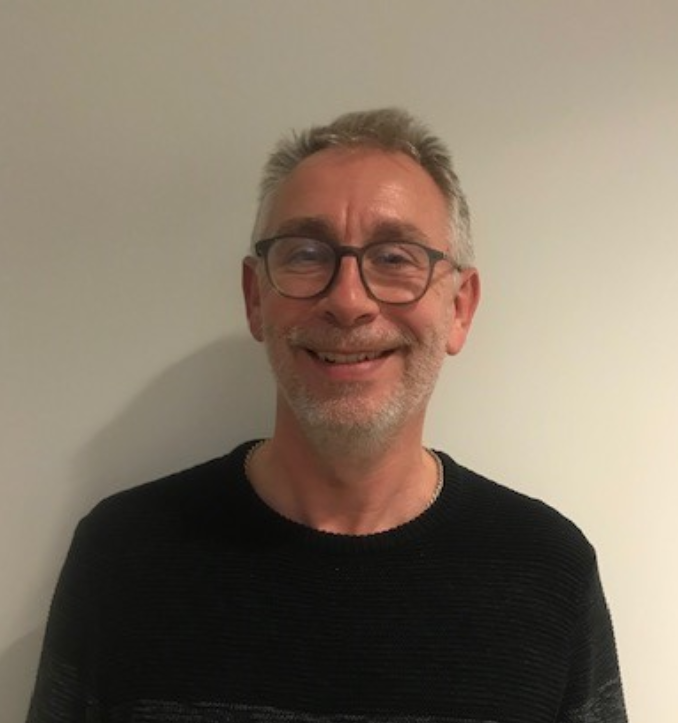 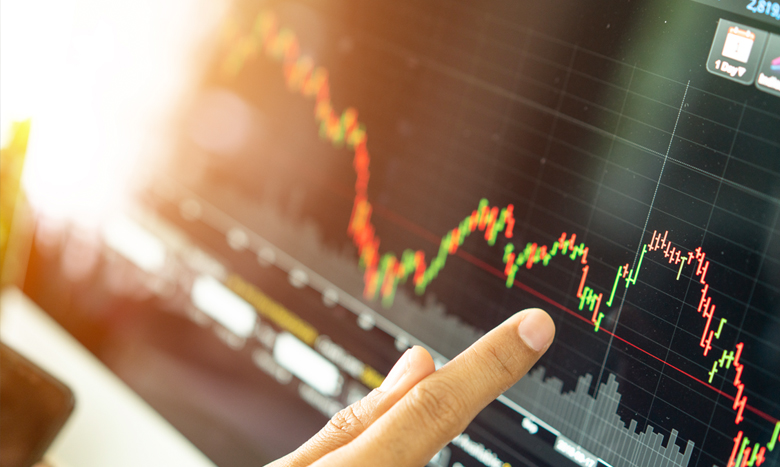