While the precious metal appears expensive on valuation grounds, heightened risk aversion has led to additional demand from central banks.

Gold has been in a trading range since mid-2020 and is flat year-to-date in nominal terms. Today, the biggest problem I have with being long of gold is that it is expensive relative to our in real terms. 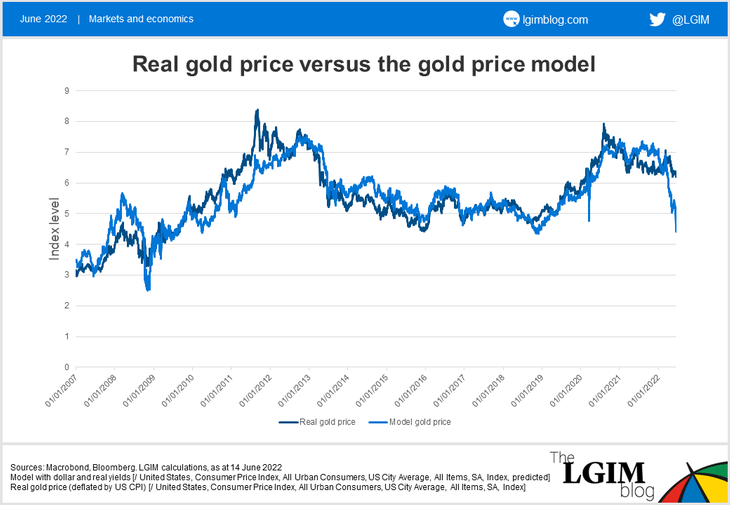 The model is driven by two components: real yields and the dollar. Higher real yields and a stronger trade-weighted dollar indicate a lower gold price. We have seen both recently. The residual, the difference between our model value and gold’s real value, is at extreme highs.

Putting a price on peace of mind

The model obviously doesn’t capture all the factors influencing gold. For instance, it doesn’t capture risk aversion. Historically, gold has tended to do well when investors get nervous, especially if the reason is geopolitical. With US equity markets (S&P) down more than 20%[1] currently, we have seen a good deal of risk aversion. This is our most likely explanation for why the difference between the model price and the real price is so high .

In my opinion, the most interesting factor that is not captured by the model is expected demand from central banks. Central banks have always regarded gold as a key foreign reserve holding, standing as high as c.75% of the total at Banco de Portugal[2]. We believe one of the long-term consequences of sanctions against Russia is that they have called into question the dependability of access to US Treasuries, the dollar or even other Western currencies.

There are not many assets that are truly safe from sanctions, but physical gold and other physical commodities are one level safer than FX reserves in Western currencies. We expect many central banks to express a wish to reduce their dollar holdings as a proportion of their asset allocations, in part using gold.

The reason we hold gold is for risk-management purposes. We believe it’s a hedge against geopolitical risk (gold peaked in early March, just two weeks after the Russian invasion of Ukraine) and runaway inflation risk. The correlation between gold and equities has been positive this year. One explanation for this is that rising real yields serve as a headwind for equities and gold alike.

The risks gold is supposed to hedge have either not materialised (the fear of rampant inflation) or have faded into the background. Though inflation risks are rising, 10-year priced-in inflation is very well contained: a testament to investors’ belief that central banks will do whatever it takes to prevent this.

Nonetheless, we think gold continues to play an important role as a diversifier, especially in the event of certain tail-risk events that could trigger further risk aversion. With this in mind, we are long of gold and remain buyers on weakness. We will keep a close eye on the valuation versus our model, as the residual is probably a sign that a fair amount of risk aversion is priced in.

How miners fit into the picture

Some of our portfolios hold gold miners, which have also traded in a range since mid-2020. Gold miners typically trade in line with gold but are much more volatile than the precious metal due to volatility in the equity markets. In line with our views on gold, we believe gold miners have a potential role to play in certain portfolios.

There are some glimmers of hope on the environmental, social and governance (ESG) front as well. LGIM has been increasingly focused on biodiversity when it comes to engaging with companies. Consistent with that, an assessment of biodiversity policy is now part of LGIM’s ESG scores for companies in relevant sectors, such as mining. Like many miners, gold miners are still below average on a number of environmental metrics, although most large gold miners have relatively strong biodiversity programmes in place. 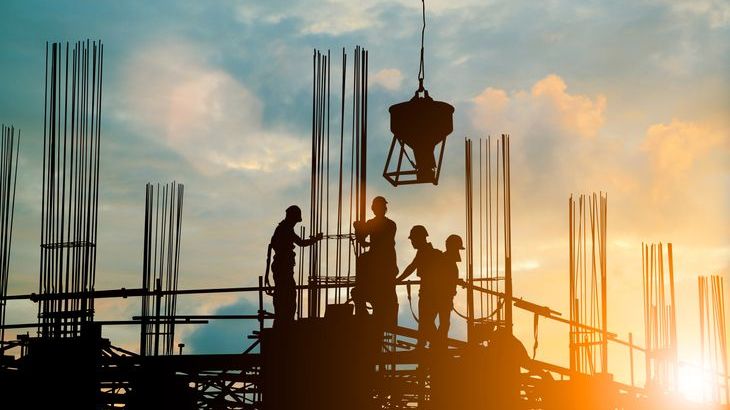