Are annuities making a comeback?

Although sudden jumps in popularity are unlikely, we anticipate the tide turning and the sales of annuities steadily increasing in the next 5-10 years. However, we still expect income drawdown to become the main choice at retirement.

In March 2014 the Chancellor of the Exchequer announced the ‘Freedom and Choice’ pension reforms and that “no one will have to buy an annuity”. In the following months the sales of annuities dropped by around 80%.

The latest data from the Financial Conduct Authority (FCA) confirms this trend. Out of 317,584 people who accessed their pension pots for the first time between April and September 2017, only 12% purchased annuities, 31% started income drawdown and more than a half withdrew their whole pension pot in cash.  The question now is: will these numbers stay the same? We think not.

It’s worth looking at the FCA data in more detail. At the moment, volumes are clearly dominated by relatively small pots – almost 40% are less than £10,000, of which 85% have been taken in cash. 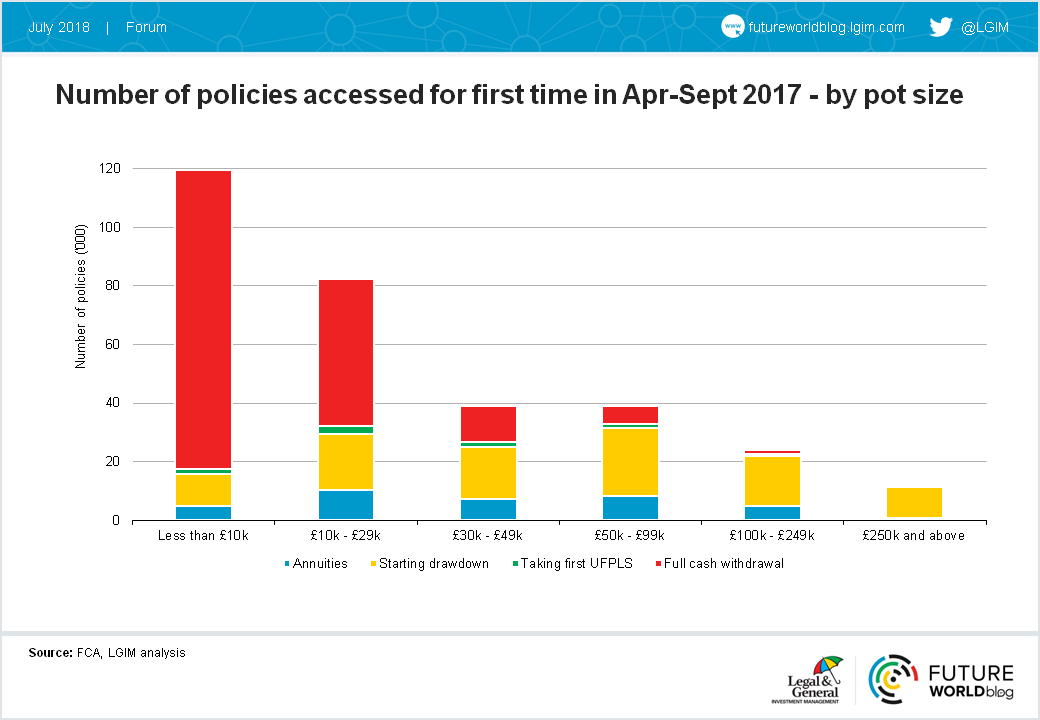 The asset picture, however, is already quite different. For example, although 4% of those accessing their LGIM Workplace defined contribution (DC) pension pots in 2017 bought annuities, they represented 16% of the overall assets.

The product choice changes for larger pots, with both annuities and income drawdown increasing in popularity. DC is still relatively young in the UK, and auto-enrolment has brought in millions of new savers over the last six years. As DC pots grow and the auto-enrolment contribution levels escalate (from both the employer and employees), the current data suggests an increase in annuity and drawdown sales, both in terms of the assets and the volumes. 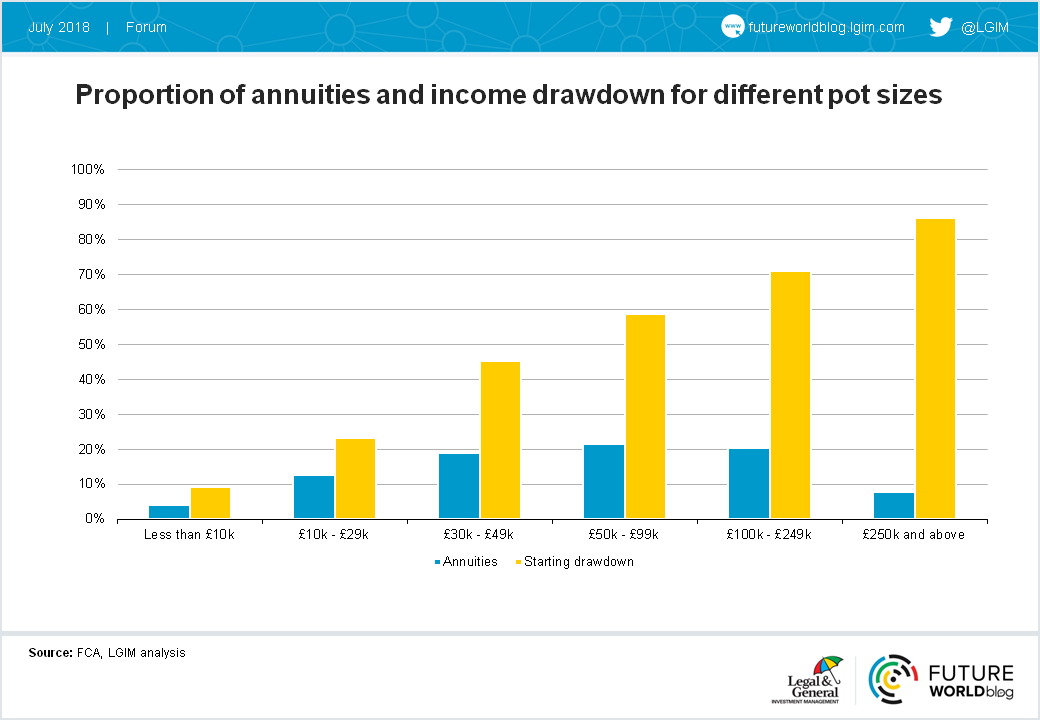 We also think that some people who first chose income drawdown may turn to annuities later in life, which should further increase annuity sales.

In the early years of retirement, many individuals might value flexibility and would like to enjoy retirement while they are in a relatively good health. Think baby boomers criss-crossing the globe, travelling through Scotland or the Peak District in their motor homes or upgrading their homes with shiny new conservatories.

This can change later on, if health becomes a bit more of an issue and a ‘white linen on the beach’ lifestyle changes to the walks in the countryside, gardening and TV. Spending becomes more predictable and appetite for investment risk would typically decrease. Not many people would want to continue making complex financial decisions, particularly if they don’t have independent financial advisers.

Annuity rates also become more attractive as people age, and this may further influence the choice. A 75-year-old isn’t expected to live as long as a 65-year-old, particularly when he or she develops certain health conditions. For example, according to the Money Advice Service annuity calculator, current annuity rates for healthy 65-year-olds are c. 5.4%, whereas it goes up to 6.9% for a healthy 75-year-old.

Overall, can bring guaranteed income and a peace of mind. We expect them to stage a comeback and become a common choice as a retirement product or as a part of the portfolio at retirement or later in life. 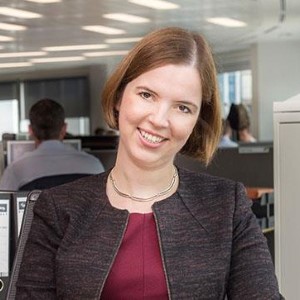