Allocations for inflation (part 1): the problem with inflation

Lacking a crystal ball to guide our inflation views, we must embrace the uncertainty and make pragmatic decisions to deal with all scenarios. In this series of blogs, we look at the questions we think we can answer about inflation and the impact they are having on how we manage fixed income, equities and currencies in the context of overall asset allocation. 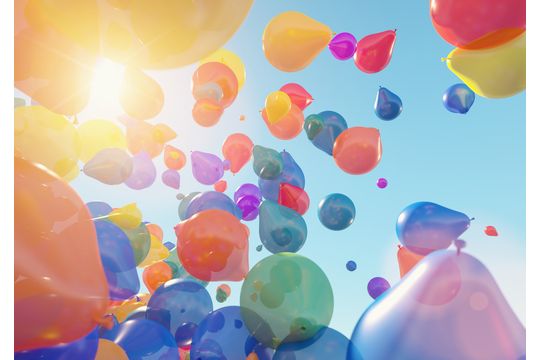 Inflation is a major concern on everyone’s mind. The recent geopolitical conflict in Ukraine only deepens the narrative further given Russia’s position not only as a major energy producer but also as a leading producer of metals and agricultural commodities.

It is therefore perhaps unsurprising that rising inflation is central to many investment debates around the world, but often there are more questions than answers dominating discussions.

At the core of many of those discussions will be something that reads like the Olympic motto: how high will inflation jump, how fast will it get there, how long will it persist? But we believe those questions risk being hocus pocus and leading us down a false path of impulsive and misguided reactions.

We should acknowledge inflation prediction has a long and largely inglorious history. Famous investor Howard Marks, the co-founder of Oaktree Capital, put it well: ‘We know very little about inflation, including its causes and cures. I describe it as “mysterious”, so I believe we should put even less stock in predictions surrounding inflation than in other areas.’

Even with vast resources, central banks have been unable either to predict or guide inflation with much success over the past decades. The Bank of England (BoE) provides a useful reference point. Despite spending £37 million per annum on monetary analysis and supporting the Monetary Policy Committee, BoE inflation forecasts have been negatively correlated with reality for the past 16 years. 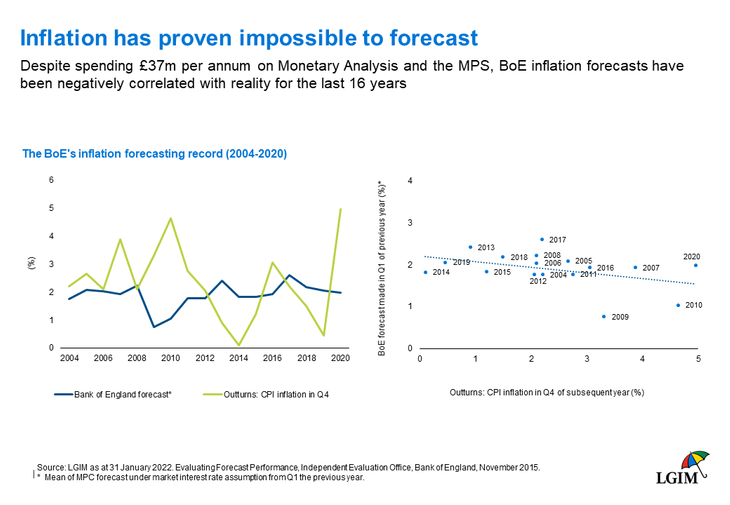 While it is, of course, our role to make forecasts about the future of inflation, we broadly agree that what we can know about its future path is limited, so we prefer to think in terms of scenarios and likelihoods, and to avoid putting too much weight on any single view. Some might call this sitting on the fence. We think that’s the wrong way to think about it.

When it comes to inflation, we’re all fumbling around in the dark. Some people pretend they’ve got night-vision goggles. If it’s pitch black, charging off into the darkness in one direction or another is a terrible idea. It’s dangerous to get caught up in a particular inflation story. We prefer to accept that it is dark and use our torch to illuminate the landscape as much as we can, watching out for opportunities as well as risks. Embracing the uncertainty is the first step to managing it.

Even if we had a crystal ball that could foretell the direction of inflation, its practical usefulness would be limited by the lack of available empirical data on the effects of inflation on specific asset classes.

As well as being relatively few and far between, significant inflationary periods are idiosyncratic, and the debate can often become narrowly focused on “the mistakes of the 1970s” versus “the mistakes of Japan”.

Reliance on extrapolating from historical data should be limited. In the words of Mervyn (now Lord) King, the former BoE governor : ‘Thinking needs to be liberated from the tyranny of regressions.’

The problems outlined here explain why, when it comes to inflation, it is in our view important to ask the right questions and prepare for different inflation outcomes, not to predict them. We believe investors should not lose sight of their overall portfolio return objectives and take a balanced approach by keeping an eye on other risks, including market risk and the concentration conundrum.

Our response to inflation is therefore more structural in nature and focused on creating and managing a truly diversified portfolio, which takes inflation risks into account, and can perform in today’s high-inflation scenario but also in the uncertain scenarios that lay ahead.

Below we outline the steps we’ve taken to tackle inflation in our multi-asset portfolios in response to today’s inflation environment. We see four key implications that flow from the “prepare, don’t predict” mantra. 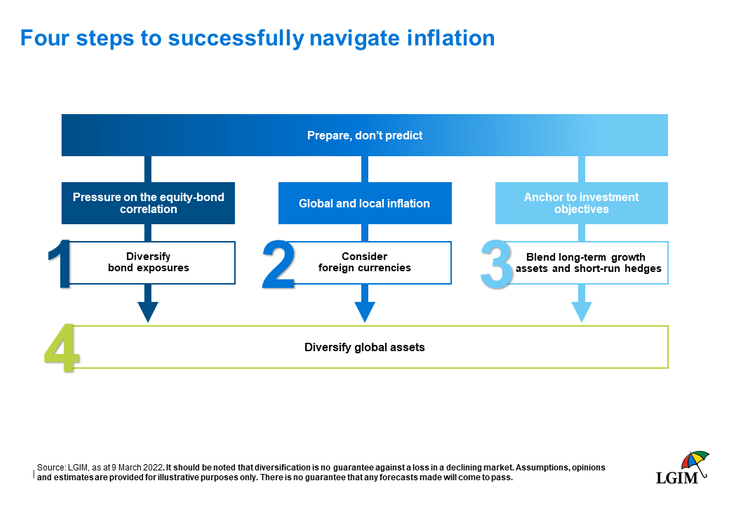 The next blogs in this series will pick up on those themes and explore:

Unless otherwise stated, information is sourced from LGIM analysis as at 11 March 2022.