In two decades, emerging markets have gone from the pariahs to the pageant queens of global investing. We ask what hasn’t changed for this dynamic asset class.

Twenty years ago, I was writing a dissertation on the link between political unrest (read: dictatorships) and economic stability in Latin American countries during the 70s and 80s. Things then were relatively simple to define (and I’m not just talking about my terrible student diet or my main impetus in life being to attend girl band concerts). The phrase ‘emerging markets’ was synonymous in most investors’ minds with unpredictable politics, hyperinflation, unsustainable levels of foreign borrowing, and dependence on growth cycles in developed economies.

Today, the picture could not be more different. Indeed, the definition of an ‘emerging market’ should be rewritten, as our emerging market economist Magdalena Polan highlighted in her blog.

As the ‘developed’ world struggles with populism and decades of slow growth, emerging market countries’ balance sheets around the world are stronger than they have been for years: inflation is low, external debt and currency risks are manageable. And it is emerging markets which are stimulating global growth – not the other way around.

A bigger slice of the global growth pie

From a broader perspective, measured in US dollar terms, emerging market GDP as a percentage of global GDP has increased from approximately 20% in the 1980s to just over 40% at present. On a purchasing-power-parity basis, or PPP (think of how much it costs to buy a Big Mac in different countries), emerging economies generate about 60% of global GDP (see the right-hand chart below).

So what’s causing these improvements, and are they set to continue?

Over the past two decades, emerging markets have experienced periods of political stability, informed policy planning, large inflows of foreign direct investments, improvement in technology, and deeper integration into the global trade network. The quality of policy making also improved. All this has contributed to the convergence of emerging markets into developed markets in terms of inflation, current account balances, and external debt.

In trade, the increased level of internationalisation and the shift towards higher value-added exports has benefitted emerging markets and their share of global exports. Their trade partners have also changed. Whereas in the 1990s emerging markets exported mainly to developed markets, they are now forming their own trading block, with emerging markets’ exports increasingly intended for other emerging market destinations. 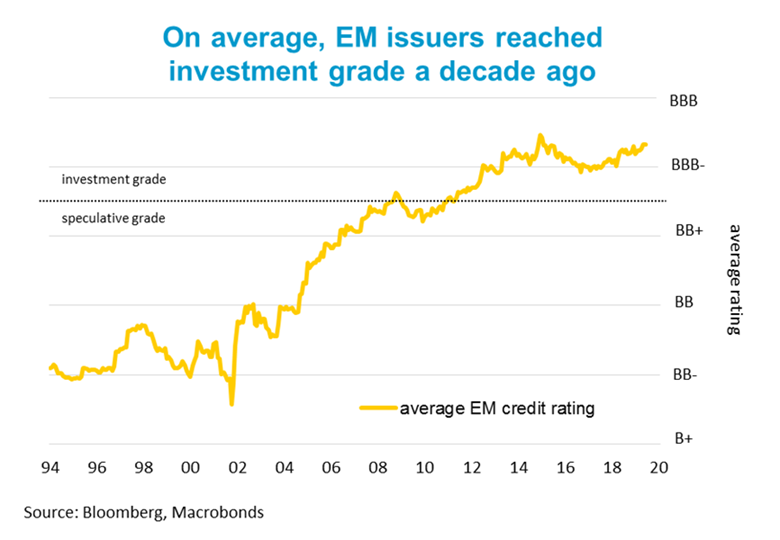 The results of these positive changes have been reflected in emerging market fundamentals and their assessment by credit agencies, with average ratings for emerging market debt now firmly in the investment-grade category. The potential for further growth in this asset class is also large. Taking emerging market fixed income as a standalone asset class, the aggregate size of the investable universe is approximately $11.2 trillion. Of that, about $3.2 billion is hard currency debt, and just over half of that is investment-grade rated. If these countries continue to grow and reform, the asset class will continue to grow accordingly, offering extra returns for investors and increased financial resilience. Ongoing inflows into this asset class should continue as many real-money investors are afraid of missing out on this growth.

With developed market fundamentals at increasingly high prices, the future looks rosy for this asset class – unlike my love of 1990s girl bands. 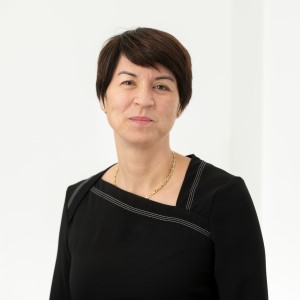