Will our children live longer than us?

For decades, demographers were too pessimistic on life expectancy and had to revise up their forecasts. Are they now too optimistic? Recent data suggest that UK ‘death rates’ have stopped improving. If sustained, life expectancy projections would need to be revised down. This would have profound implications for government and pension finances.

UK life expectancy has been rising for the past 150 years. Initial gains were concentrated in childhood survival rates. But the life expectancy of adults (i.e. those who had already survived childhood) also improved from the turn of the 20th century. 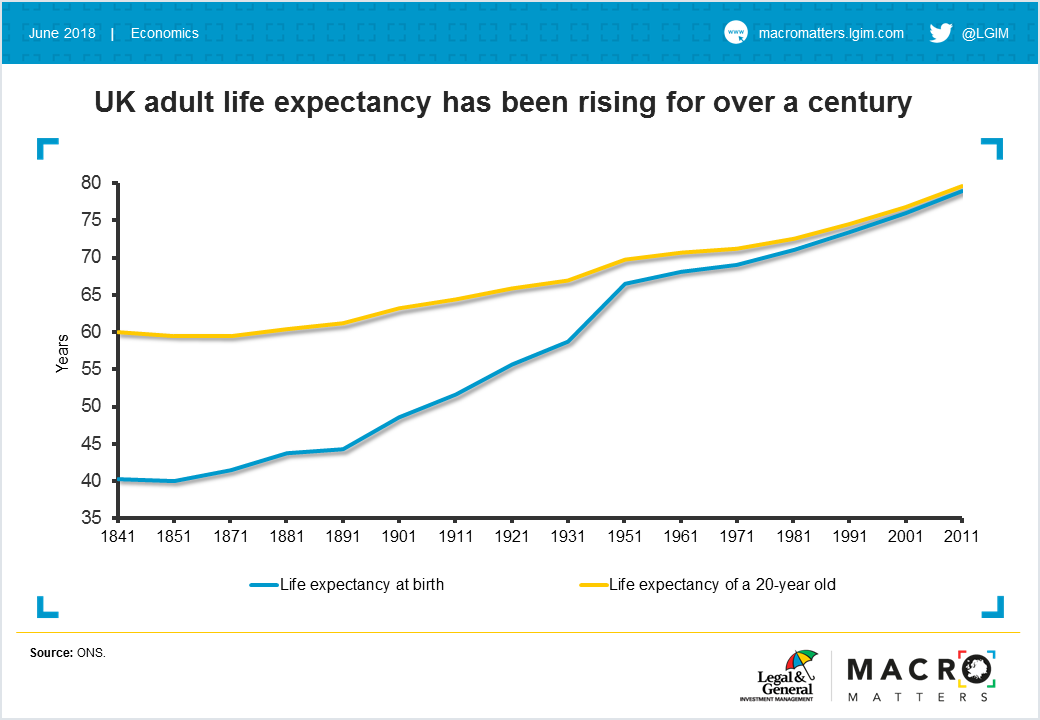 Demographers did not anticipate these improvements.

Each successive forecast for life expectancy has been revised up (as shown by the lines shifting higher) – catching up with better-than-anticipated outturns. 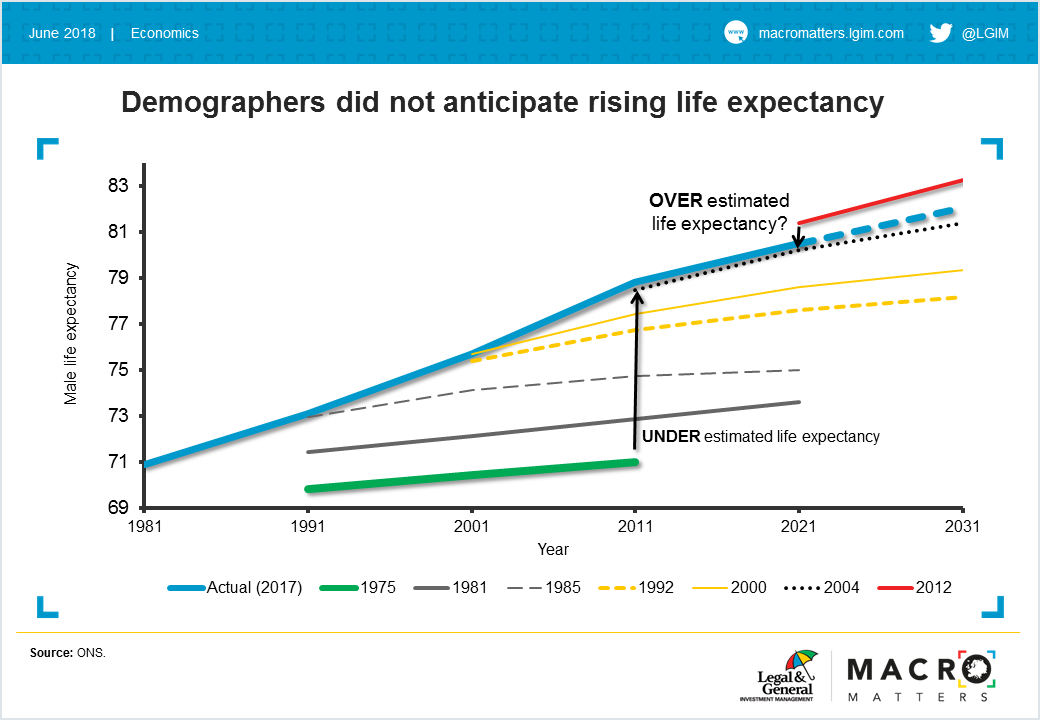 But something has changed since 2012. The latest 2017 projections (dashed thick blue line) are LOWER than those made in 2012.

The SLOPE of the 2017 projection is similar to the slope of the 2012 forecast. That is to say: demographers continue to expect life expectancy to rise over time, but from a lower starting point than previously thought.

There are downside risks to this assumption: death rates are not improving.

The chart below shows that ‘death rates’ (mortality rates adjusted for the age-distribution of the population) stopped declining since the 2012 projections were made. They have broadly stabilised rather than continue the trend decline seen since the 1970s. 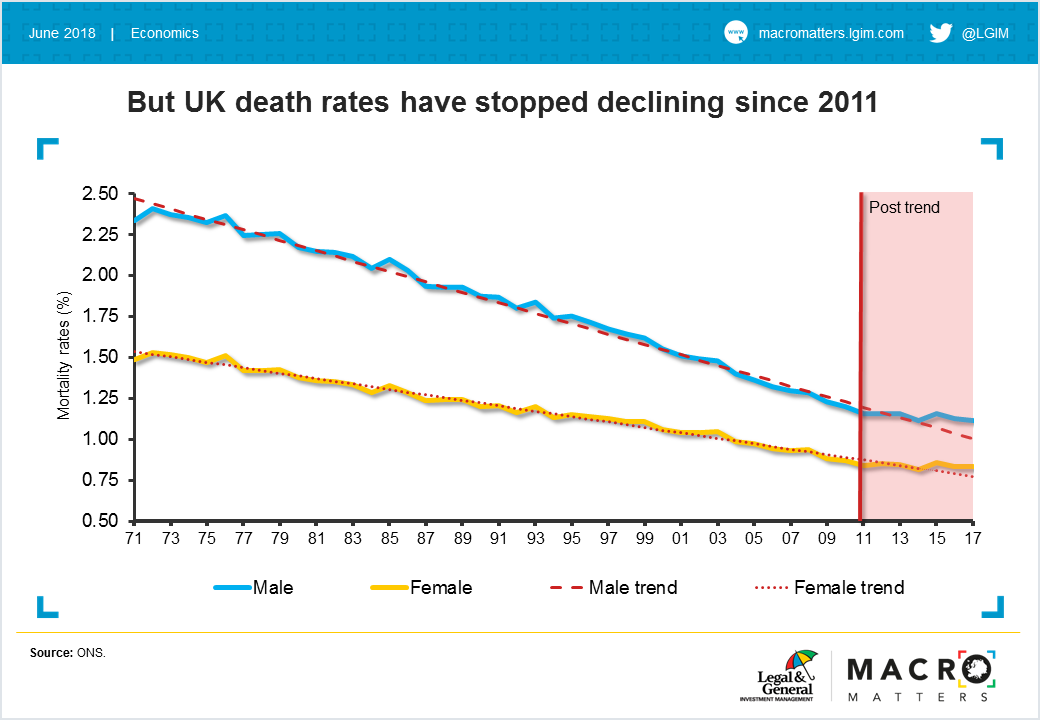 It’s unclear why this has happened, but there are a number of factors that warrant further investigation:

History shows how difficult it has been to forecast life expectancy and we don’t claim any advantage. New technologies are coming out: our Real Assets team recently highlighted innovations in social care. But the pressure on health budgets from an ageing population will continue.

All we do know is that the current demographic projections made by the Office for National Statistics (ONS) assume further declines in ‘death rates’. This leads to further increases in life expectancy.

The outlook is unclear. But if death rates and life expectancy do not improve as much as currently projected, there will be fewer pensioners than anticipated. This would have significant implications for pension schemes – both public and private – and investments (see this blog by our LDI team).