What is a Chinese mobile phone subscriber worth?

Chinese telecom providers are building goodwill with consumers alongside profits by offering faster connection speeds and lower prices. But what's the difference in mobile phone spend between developed and emerging markets?

Across the globe, there's a fairly robust positive relationship between average income levels and the average monthly mobile phone bill.

We can see this clearly in the chart below which plots the average monthly revenue per mobile subscriber (average revenue per user or ARPU) versus the average income (GDP per capita) for most countries in Asia, alongside some developed world nations. The size of the bubble represents the enterprise value per mobile subscriber in each country for the telecommunications company (telco) with the most subscribers.

Across the income spectrum, it appears that consumers are willing to pay about 1% of their average annual income on their mobile phone bill. Filipinos pay around US$2 per month for mobile services, while at the other end of the spectrum, Canadians pay around US$50!

Interestingly, China does not diverge from this trend, despite having a reputation for putting consumer interests ahead of teleco profits. The regulator is perceived as tough and the fact that the telcos are majority-owned by government means they are often thought of as pawns of national interest.

Yet Chinese consumers spend just over 1% of their annual incomes on their mobile phone bill, slightly above the average of the countries shown. So perhaps the general tendency for consumers to pay up for more data and better speeds as they get richer is a more important driver of mobile revenues than the austerity of the regulator.

In addition, as income levels and ARPUs rise, the valuation the market ascribes to subscribers also tends to rise. This is understandable. If you can make more money from a mobile subscriber then you should pay more for the right to sell services to that consumer.

It could be argued that China Mobile is a unique case, as the company has a substantial net cash position and the market has concerns over how this cash will be used. However, China’s two other telcos, China Telecom and China Unicom, which have net debt positions, are also valued at similar levels – US$190 and US$125 per subscriber.

The great hope for China’s telcos is that as the country grows and moves towards developed market status, its telcos may move towards developed market valuations. South Korea and Taiwan’s telcos are valued at US$980 and US$2,500 per subscriber, which is 7 to 17x more than China Mobile. Much will depend on the evolution of capital allocation, but even if payouts remain low, we believe a valuation similar to South Korean telcos is achievable in the long term.

Veeral joined LGIM in 2015 and is an Analyst for the Asian Income portfolios. Most recently Veeral was a Research Analyst at Amiya Capital, an Emerging Markets Hedge Fund where he had research responsibility for a number of sectors across the emerging countries within Asia. Prior to this, Veeral was a sell-side Analyst at Sanford C. Bernstein where he covered the telecoms and semiconductor sectors. Veeral graduated with a first class degree in Philosophy, Politics and Economics from Oxford University. He also studied Behavioural Economics at Harvard University and is a CFA charterholder. 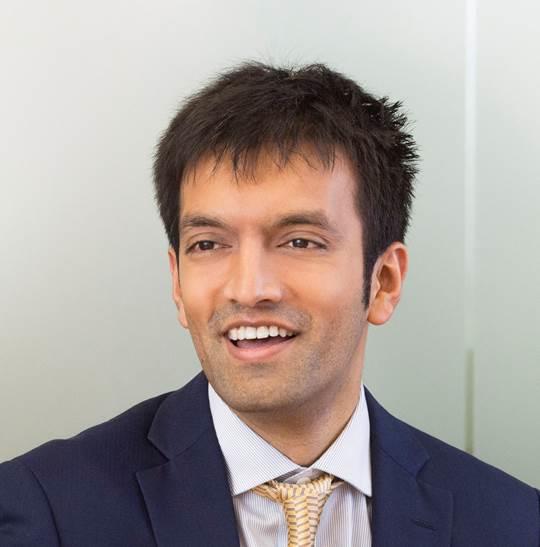