We are not alone: biodiversity is key to a sustainable future

Biodiversity matters for many reasons; investors should take note.

In October 2020, dignitaries from around the world were meant to descend on Kunming in China to review progress against global biodiversity conservation targets, but due to COVID-19 the conference has understandably been postponed.

As the world grapples with a public health crisis, the links between the exploitation of biodiversity and the emergence of zoonotic diseases (those capable of transmission from animals to humans) have become painfully clear. Therefore, despite the conference being postponed, we do not believe the world can wait to act on this issue.

Humans are destroying biodiversity at an alarming rate, and global wildlife populations have declined on average by around 60% since the 1970s due to factors including climate change, deforestation and overexploitation. In arctic ecosystems, where climate change has been occurring at twice the speed of the global average, it has impacted ice volume and snow cover duration, which limits the range animals have to hunt and affects their diets as well as their migration patterns. In other areas, scientific models predict that wildlife will have to shift territorial ranges but that many species will be unable to move fast enough to survive, while others will be hampered by natural or man-made barriers.

In addition to causing temperature rises, humans are responsible for the loss of forests – this time due to the food that we eat, as most deforestation occurs when land is converted for agricultural and pastoral uses. Humans also harvest around six million tonnes of wildlife each year for food, causing slow-breeding species to be decimated.

These examples highlight our unbalanced relationship with nature, where we currently use more ecological resources and services than the world can regenerate. We urgently need to rethink our approach, and investors should play an important role in this.

One could question why investors should care about biodiversity, so it is worth noting that more than half of global GDP (around $44 trillion) is moderately or highly dependent on nature. Nature makes enormous financial contributions: the market value of livestock and fisheries was nearly $1.3 trillion in 2016; tourism in protected areas generates around $600 billion annually; and 25-50% of pharmaceutical products and almost 70% of drugs used for cancer are natural or synthetic but inspired by nature.

Investors are still grappling with how to factor biodiversity into business decisions and financial risk assessments. It is fair to acknowledge that understanding species and their relationships in ecosystems is complex. A topical example illustrates this: while there has been much speculation about the role of bats in the COVID-19 outbreak, it is a lesser-known fact that bats play an important role in ecosystems by eating insects that may be agricultural pests and by pollinating hundreds of commercial plants used by humans. As such, it is not feasible to focus on individual species alone; instead we need to see the bigger picture.

There is, however, no need to wait for the perfect analytical tools. The causes of biodiversity loss discussed are already well known and can be addressed immediately. At LGIM, we took this matter into our own hands in 2016 by including the food sector in our Climate Impact Pledge. We engaged with the largest food companies globally so that the right strategy, goals and disclosure could be put in place. But this topic is still nascent and companies are not hearing enough from their investors about the importance of biodiversity and what it means to provide food to billions while protecting the planet’s delicate eco-balance.

The impact of COVID-19 is painful but makes clear the importance of preparing for future challenges and building resilience into systems. Biodiversity matters. It matters for investment implications, as companies need to know the implications of their supply chains. It also matters to our physical and mental health, our cultural identity, and for its intrinsic value.

“It’s complicated” is no longer an excuse for ignoring biodiversity. We all must recognise that the health of people is entwined with the health of nature.

Clinton joined the team in 2019. He predominantly focuses on client-related activity, but also contributes to broader investment stewardship initiatives. Clinton joined LGIM from Capital Group where he spent six years managing the Investment Information function for Europe and Asia, which covered equity, fixed income and multi-asset products. He holds a BA from Stellenbosch University, an LLB from University College London, and an LLM in Environmental Law from Queen Mary University of London, where he is also currently completing a PhD in Animal and Environmental Law, focusing on biodiversity and conservation. Additionally, he is studying towards a sustainability qualification from Harvard University. Clinton is a fellow of the Zoological Society of London. 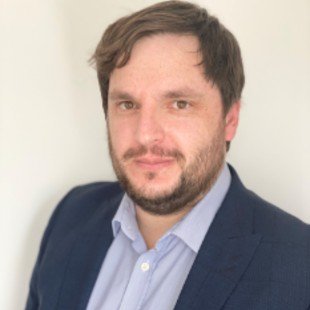