We look at the implications for UK commercial property in light of renewed calls for onshoring.

We’ve all had to rethink a few things since the onset of the pandemic – the way we live and work, the way we exercise, and the way in which we interact with each other.

Little wonder then that COVID-19 has also highlighted the problems of how we obtain goods from one another. The disruption caused by the pandemic has not only exposed the fragilities of lean supply chains but the additional problem of an overdependence on overseas suppliers. A notable example of this was when the pandemic necessitated the closure of factories in China during February 2020, leading to a 41% fall in exports – significantly impacting several industries in the UK.[1]

Add to that both short- and long-term changes in requirements for many importers and exporters as a result of Brexit, and the benefits of companies bringing more of their supply chains onshore seem obvious. 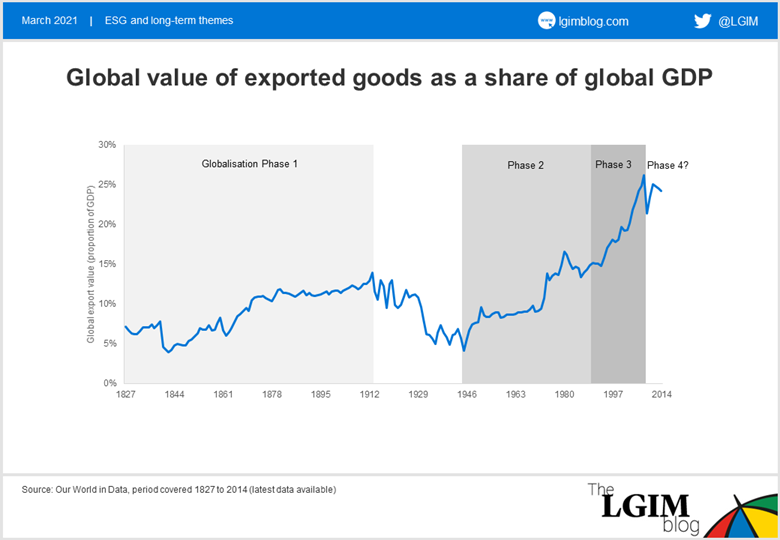 In response to supply-chain disruption, the UK government has initiated an inquiry, ‘Project Defend’, highlighting areas of supply-chain weakness for critical goods, which could lead to recommendations for supply-chain diversification.

High on the agenda are likely to be pharmaceutical groups, alongside companies involved in the manufacture of chemicals, medical equipment and IT infrastructure – all of which have suffered meaningful disruption since the onset of the pandemic.

In terms of the pharmaceutical sector, the inquiry could recommend parallel supply chains whereby the UK would use predominantly overseas locations to benefit from lower costs, while at the same time ensuring that domestic producers are able to significantly increase the production of critical medicines in times of crisis.

A trend towards onshoring would, we believe, positively impact the UK property sector in certain locations. Those industries most likely to ‘come ashore’ have a bias towards manufacturing and innovation – which could benefit industrial and factory space, as well as life-science laboratories. Logistics and warehousing could also be beneficiaries, highlighting the move away from ‘just in time’ inventories towards larger amounts of stock being stored at warehouses.

Environmental, social and governance (ESG) factors could also be a meaningful driver for onshoring. In terms of the environment, onshoring has the potential to decrease carbon emissions by reducing the physical distance travelled by goods, so reducing demand for international freight shipping. We believe onshoring could also positively impact social and governance factors as it could result in greater scrutiny of business practices, while increasing transparency for stakeholders.

The costs and benefits of onshoring differ meaningfully across sectors. But, for many, relocation costs would seem to be an inevitable stumbling block. These costs, in addition to adhering to UK regulatory standards (which are typically more onerous than in overseas peers) and a lack of skilled workers, could represent serious hurdles.

That said, a core part of the government’s modern Industrial Strategy was to make the UK a more attractive location for industrial sectors, with the aim of bolstering productivity and innovation. The published aims included a proposal to increase the amount of research and development spending to 2.4% of GDP[2] (currently 1.7%) by 2027, upgrade infrastructure, and the move to deliver low-cost clean energy. No matter what becomes of the formal ‘Strategy’, it is hard to see the government deviate from such ambition.

While onshoring is unlikely to be widespread, concentration in certain locations – such as the North East, where many UK chemical and pharmaceutical plants are located – is a distinct possibility. This, we believe, could provide further support for industrial property asset prices, with some investors likely to see it as a justification for lower yields.

Oliver joined LGIM Real Assets in January 2020 as a Graduate Research Analyst after having graduated with a BSc in Economics from the University of Bath. Within Real Assets, Oliver spent a year working for the Research Team, before rotating into the Real Estate Equity fund teams. Outside work, Oliver can be found battling with gravity in the gym, watching every televised football match, and nervously awaiting the inevitable retirement of Roger Federer. 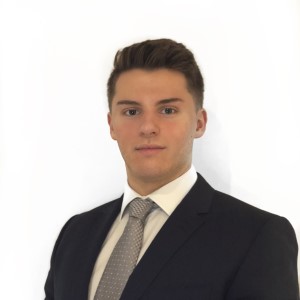 Bill has responsibility for the formation of house views and inputs into fund strategies. With 19 years’ industry experience, Bill is a voting member of the real-estate investment committee and actively contributes to the platform’s office and industrial strategy.