The state of the consumer (part 4): supply chains

The fourth instalment of our deep dive on the consumer focuses on supply chains - their impact on retailers and their role in fighting climate change. 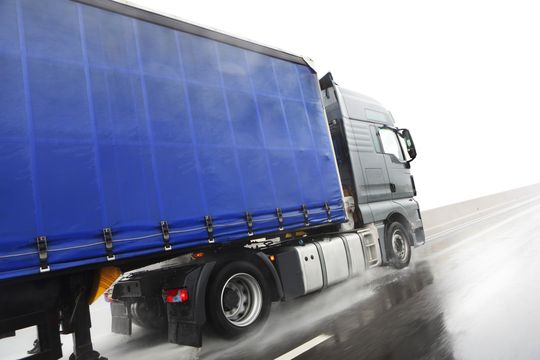 Supply-chain issues – specifically their tightness – haven’t gone away, but things are improving. Demand levels remain very healthy, manufacturing shutdowns are less evident, and inventories are gradually being rebuilt. In some cases, companies have prudently been building inventory to mitigate supply-chain disruption for 2022; product shortages have been cited far less in recent earnings reports. However, shipping and freight supply-chain costs are still tight, with container costs for some goods still around four times their pre-pandemic levels. Company commentary suggests we will see a return to supply normalisation in the second half of 2022, but fortunes will vary by sub-sector.

The focus now for consumer companies is not getting hold of stock, but how they will manage increasing costs – from production costs to increased operating costs due to cost of goods sold (COGS) inflation, labour shortages and energy-price increases. Mitigating actions will be the order of the day in terms of margin management. Customers all along the value chain have been accommodative thus far on price increases, both inside formal price mechanisms and outside them. No doubt there will be some toing and froing around cost recovery as we move through the year, but it does seem as though price rises will be accelerated to balance margin headwinds. Companies like LVMH*, Reckitt*, DSM*, Tate & Lyle* and Next* have all made positive noise around passing pricing on to their customers.

The difference between companies seems to be how quickly they can pass pricing through the chain. The proof will be in the pudding, but ultimately this is encouraging (if achievable). Consumer companies have either held guidance, baking in a degree of conservatism (or optimism, depending on your view), or we’ve seen a lowering of margin guidance with the hope of being able to upgrade in the second half of the year.

Encouragingly, some consumer brands have highlighted that cost pressures will not disrupt innovation or investment, which we see as an important positive for the sustainable food transition. This should benefit a number of consumer-ingredient companies such as DSM, Kerry Group*, AAK* and Tate & Lyle. We also prefer stocks that are well placed to navigate these margin headwinds with evident pricing power, a durable supplier network, a strong customer proposition and an omnichannel offering where service or delivery isn’t compromised. Leading luxury-goods names are in a strong position in that respect, in our view, while companies such as Pets At Home* and Dunelm* within the general retail space seem equally well placed. Elsewhere, growing noise around the move towards more localised supply chains could be potentially lucrative for Cranswick* as a leading name within food production.

At COP26 last year, two commitments were made that have meaningful implications for consumer-goods companies. The first is the Glasgow Leaders’ Declaration on Forest and Land Use, which saw 141 countries (together representing 90% of the world’s forests and including key exporters like Canada, Russia, Brazil and Indonesia) commit to halt and reverse deforestation and land degradation by 2030.

The commitment is backed up by promises from 12 nations (including the UK) to allocate $12 billion of public funds to protect and restore forests, alongside private investment.

The signatories made a number of high-level commitments as part of this declaration, but the part that probably has the potential to impact consumer-goods supply chains is the commitment to implement (and if necessary redesign) agricultural policies to incentivise sustainable agriculture and environmental benefit. An example is the EU Commission’s proposal, which came on the heels of the declaration in mid-November last year to require companies selling soy, beef, palm oil, wood, cocoa and coffee in the EU to ensure that their production processes are not contributing to deforestation. Under the Commission’s proposal, companies will be required to collect the geographic coordinates of the farm or planning area where the commodities are produced to allow traceability by national authorities in EU member states via satellite images.

In support of this declaration by sovereigns, the UK government and Department for Environment, Food and Rural Affairs have in parallel spearheaded the COP26 Commitment on Eliminating Agricultural Commodity Driven Deforestation from Investment Portfolios, which was signed by 30 financial institutions (including LGIM) representing about $9 trillion in AUM.

Recognising that eliminating exposure to deforestation completely is very difficult, especially given that an investment may be in a consumer-goods company that isn’t actually involved in deforestation itself but may have exposure further down its supply chain, the letter commits signatories like LGIM to “work to eliminate agricultural commodity-driven deforestation risks from their investment and lending portfolios” by 2025.

Ultimately, we believe these two commitments will further ratchet up expectations for consumer-goods companies on how they manage and conduct due diligence on their supply chains – and ultimately perhaps even shape the calculus for those commodities in product portfolios with the most significant land-use impact, like beef.

Unless otherwise stated, information is sourced from LGIM analysis as at 9 March 2022.

As an responsible investment analyst, Matthew is focused on sustainability and is always looking for interesting thematic talking points alongside qualitative research to inform discussions with corporates and NGOs. Matthew joined LGIM in 2011 from boutique wealth management business Psigma Investments, where he worked as an equity analyst for four years. When not focused on equities, Matthew spends his time indulging in what he considers the finer things in life; as a man of contradiction, this sees him combine his love for Italian wine with a passion for listening to heavy metal music.

Yasmine is a sustainability analyst, helping to integrate ESG into LGIM’s investment processes, and is focused on the firm’s corporate climate change engagements. 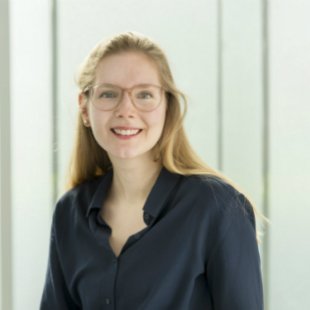