The latest update on Tesla’s battery initiatives demonstrates the remarkable progress being made in this market.

The latest update on Tesla’s battery initiatives demonstrates the remarkable progress being made in this market.

Innovations in battery technology have increased sharply over the past two decades. The number of international patent applications related to electricity storage has surged from 1,029 in 2000 to 7,153 in 2018. The crucial lithium-ion battery cell segment was behind 45% of this patent activity in 2018.

Climate change has demonstrated the urgent need to take measures to lower carbon emissions and tighten regulations, which has in part spurred these significant technological advances in battery production and chemical composition.

Tesla* is a pioneer in the development of electric vehicles, continuously initiating enhanced systems and technologies. The company hosted its Battery Day event on 22 September, sharing some key projects for the next decade.

Improving battery capacity is essential for both existing users and new adopters. Tesla estimated that it will require 20 terawatt[1] hours per year – which would take about 135 facilities the size of its Nevada Gigafactory to produce – to achieve its targets on electric-vehicle adoption and efficiency improvements in energy storage.

To meet its ambitions, Tesla plans to combine its outsourced battery-cell production with in-house battery-cell manufacturing. The company’s current partnerships are with Panasonic*, LG Chem* and CATL* for battery production. The joint venture between Panasonic and Tesla, for example, resulted in the Gigafactory that helped cut raw production costs thanks to higher manufacturing volumes. Panasonic is now an exclusive supplier of the lithium-ion electric battery cells used for the Model 3 cars.

The new partnership with CATL, one of China’s largest battery manufacturers, was announced this year. A Shanghai plant will supply Tesla with lithium-iron-phosphate batteries (LFP), which according to BNEF constitute a cheaper mix of raw materials, costing about 20% less than the average electric-vehicle battery pack. This partnership offers Tesla the advantages of lower manufacturing prices and could potentially serve 59 million electric vehicles on the road by 2030.

Tesla’s other partnership is with LG Chem, with whom it increased orders this summer to meet the increasing demand for electric vehicles.

In addition to these partnerships, Tesla will be producing its own battery cells to obtain further flexibility in the pace of Model 3 and Model Y production. The company forecast that it will be able to deliver 100 gigawatt hours of capacity in 2022 and 3 terawatt hours by 2030. This power capacity could help realise Tesla’s long-term target of bringing 20 million electric vehicles to the road per year.

Tesla’s plan to reduce the cost of battery packages by approximately 56% in the next three years, to help lower vehicle prices to $25,000, should help fulfil this target too. A further boost should come from Tesla’s plans to improve its batteries’ power-to-weight ratio, which could potentially result in six times more power and in the pilot plant reach 10 gigawatt hours per year. The company also plans to integrate battery cells into the structure of its fleet, which should allow efficiency gains in power capacity.

Reducing the battery cost so sharply is ambitious, as Tesla’s batteries are already quite cheap when compared with NMC (nickel-manganese-cobalt) batteries. The likelihood of these targets being hit will also depend on the volumes the manufacturer will be able to produce, although we expect Tesla will benefit from an increased flexibility due to its multiple suppliers and in-house battery production.

Finally, Tesla will be optimising the manufacturing process by using dry-coat electrodes. Using silicon in this manner is cheaper and can store nine times more lithium. By optimising its cathode material with nickel, Tesla believes that it could reduce its use of cobalt to zero in the future.

Overall, we believe these developments and ambitious plans demonstrate the growth potential of the battery market and showcase the ingenuity going into unlocking the power of batteries to drive our transition to a lower-carbon economy. 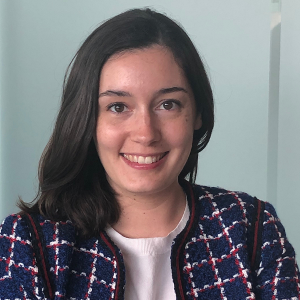