LGIM’s client conference: Data, ESG – and a dip in the Arctic

“Boredom is… perhaps the essential prerequisite for innovation” according to one of the keynote speakers at Legal & General Investment Management’s LGIM) conference, Dr Paul Redmond.

Hopefully guests weren’t bored, but inspired, by a range of topics including how data science is transforming businesses, the regulator’s response to ESG and long-distance swimming across the Arctic.

Kicking off the day with a bit of costume drama, Mark donned the flat cap of a retiree-to-be and trembled before Emma’s “ghost of pensions future” at the challenges haunting savers in an environment of political and economic turmoil – before considering how to meet them.

We heard from Sonja Laud, CIO, along with Tim Drayson, Head of Economics, during a panel session in which they asked whether inflation is dead as a dodo, or just resting; and why the problem with negative yields might be in our heads. Meanwhile, European credit Co-Head Madeleine King spoke on fallen angels and bonds about to tumble out of heaven as $360 billion bonds teeter on the brink of a downgrade.

Our Head of Commodity Research, Nick Stansbury, exhorted the need to engage when investing in order to constrain global warming to the 2°C limit agreed at Paris in 2016.

A second panel session on environmental, social and governance (ESG) regulatory changes featured a variety of experts including Sacha Sadan, LGIM’s Head of Corporate Governance and Anthony Raymond March, General Counsel and Director of Legal Services at The Pensions Regulator. Participants agreed that the recognition of ESG considerations as “financially material” by the body is a step in the right direction.

Talking about the generations

We are living through rapid digital change, where “technology is making reality less interesting than the story told about it later” Director of Student Experience at the University of Liverpool, Dr Paul Redmond, explained during his plenary session. The prognosis isn’t all rosy, he warned – we are in an age where 35% of white-collar jobs in the UK are at risk. Yet, by 2025 there will be three times as many 65 year-olds as 30 years earlier, and our new multigenerational workplaces can create space for collaboration.

Director of Data Services at LGIM, Peter Jackson, reprimanded us for an overreliance on excel. He heralded the power of data science in medicine, film and finance – to make more informed decisions based on larger datasets; improve security; and help solve policy problems. Peter also flagged how LGIM’s enhanced capabilities can assist the Pensions Regulator with ‘Project Clare’ and the Pensions Dashboard initiative.

Guests were given tips on approaching challenges which appear insurmountable from Lewis Pugh, the first long-distance Arctic swimmer. This involved moving out of his comfort zone and changing his strategy, even – or especially –  under pressure.

Back to the future

Finally, Michelle Scrimgeour, LGIM’s CEO, reflected on her first few months in the role, emphasising the enormous technological, policy and political disruption we are in the midst of, before exalting the enormous opportunities ahead.

Breakout sessions included a discussion on generating cashflow during uncertain times – a Dragon’s Den in which various ideas including emerging market, real estate and infrastructure debt were pitched; while a second session, ‘Stepping stones to endgame’ featured pension schemes as game-show contestants, vying to reach the best funding levels.

DC clients were taken ‘back to the future’ by John Roe, LGIM’s Head of Multi-Asset Funds, and Emma Douglas, on innovation, illiquids, and investment ideas. An interactive breakout session transported them even further forward, via virtual reality simulations, video benefit statements, voice technology, and consolidated pensions apps for scheme members and trustees.

On a personal note, we were delighted that so many clients and consultants were in attendance and we look forward to welcoming you again next year!

Emma is responsible for developing LGIM's DC business and investment strategy. Emma joined LGIM in 2014 from Mercer where she was a partner and Head of Mercer Workplace Savings. Prior to that, she was Head of DC Sales at BlackRock and Head of DC Pensions at Threadneedle Investments, and has more than 20 years of experience in the investment management industry. Emma graduated from Trinity College, Oxford, and holds an MBA from Manchester Business School via a Women in Management Scholarship from the Guardian. Emma is a member of the PLSA DC Council. 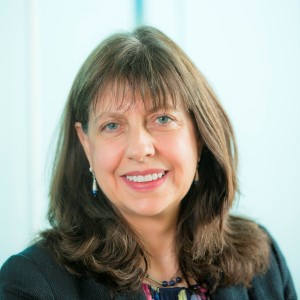 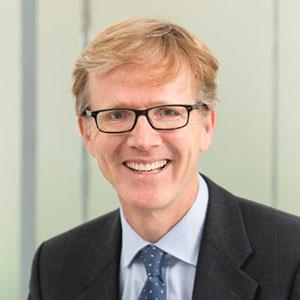