Neglecting low-income households, already hit by the global pandemic, has a material impact on society and will inevitably hurt corporate values.

The unfair distribution of wealth is unacceptable in its own right, but our intention in this blog is to focus on the financial and economic impact of income inequality. Ultimately, we believe it is not only acting as a barrier to sustainable economic growth but may already be sowing the seeds of social instability.

Over the long term, sustainable company valuations are, in our view, at risk from rising inequality. This means companies cannot dismiss income inequality as being outside their remit. Exactly how these risks manifest themselves can take different forms; the recent looting and demonstrations across cities in the United States are visible examples in the news today.

Before the current pandemic, global poverty had declined marginally, helped by the increase in overall employment. Now, we believe the widespread effects of COVID-19 may serve to unwind employment gains resulting in even greater income inequality.

Add this to pre-existing trends whereby, over the past two decades, the effects of globalisation, technological advances and mass immigration have all contributed to downward pressure on the wages of low-skilled workers, and the outlook appears worrying. The majority of developed countries have established a minimum wage for those in a job, but we would argue that denying all workers a ‘living’ wage – a wage sufficient to cover the rising costs of food and housing – is not only short-sighted but already having a negative impact on areas such as health, productivity and overall economic activity.

In the UK, a long-term study carried out by the Joseph Rowntree Foundation[1] showed that, in 2014, poverty typically cost the public around £78 billion a year. £29 billion of that – almost 40% – was spent on treating health conditions associated with poverty. That’s equivalent to the salaries of over 125,000 UK nurses.

The pattern is similar in the United States where the Integrated Benefits Institute, a research group, claimed a staggering 527 million work days[2] were lost each year due to impaired performance. Added to the $880 billion bill for providing healthcare benefits, the cost of poor health to employers was reported to be ‘greater than the combined revenues of Apple, Amazon, Microsoft, Netflix, eBay and Adobe’[3].

The link between poor productivity and poverty is well documented, so it stands to reason that the happier and healthier workforces are, the greater the amount they produce. A study conducted by Oxford University’s Business School in 2019 confirmed what most of us already knew: a happy workforce makes for a productive one. A 2019 survey of BT contact centre workers similarly revealed that productivity rose by an impressive 13% over a six-month period if employees were deemed to be happy.

As levels of aggregate demand are influenced more by fluctuations in the wages of low-income, rather than high-income workers, failing to address income inequality may result in economic activity becoming less sustainable. Furthermore, many low-income households are more vulnerable to becoming enveloped in a vicious debt spiral, where wages are diverted to pay off interest rather than buy basic goods.

But to view the pressure on low-income families in isolation would be a mistake. Ultimately, it is our belief that we will all suffer from the effects of neglecting low-income households as economic growth is likely to become less sustainable and more intermittent. A US study found that throughout a person’s lifecycle, children growing up in poverty were less productive and reduced economic output by a staggering 1.3% of GDP or $170 billion a year[4].

These and other studies send a stark warning to big business. Leaving governments to deal with this issue is no longer an acceptable option given their burgeoning deficits. It is our belief that companies must not only be conscious of income inequality, but take incremental and structural steps to stem its acceleration. We firmly believe businesses have a real opportunity to offer genuine solutions in tackling income inequality. Our clients are also concerned about this issue and its societal impact and want companies to do more.

So, what is LGIM doing about it? This will be the topic of our next blog, where we will outline how we are engaging with big business to address income inequality on a global basis.

[2] Source: Integrated Benefits Institute, November 2018. Based on 2017 US Bureau of Labor Statistics.

Angeli leads our global approach to remuneration engagement and voting. She joined LGIM in 2005 and has over 20 years of corporate governance experience. She holds a BSc (Hons) degree in Financial Economics, Post Grad. Diploma in Law, Legal Practice Certificate (LPC), Investment Management Certificate (IMC) and is a graduate of ICSA (Institute of Chartered Secretaries and Administrators). 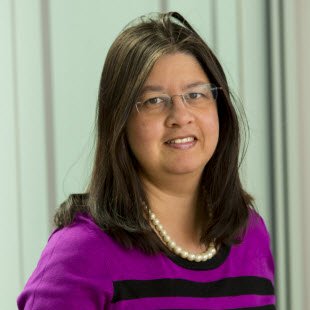